There can be no doubt that the broadcasting and streaming of entertainment and sport is big business around the world with the most lucrative rights being sold to the highest bidder at competitive auctions.

In the sporting world, the Premier League leads the way as it continues to expand both in the UK and globally. With growing popularity, the Premier League has become a truly international brand and this is reflected in the bidding for its TV rights. However, where there is opportunity for broadcasters there is also potential for a black market to be created and the Premier League is finding itself in a constant battle with illegal streaming services. 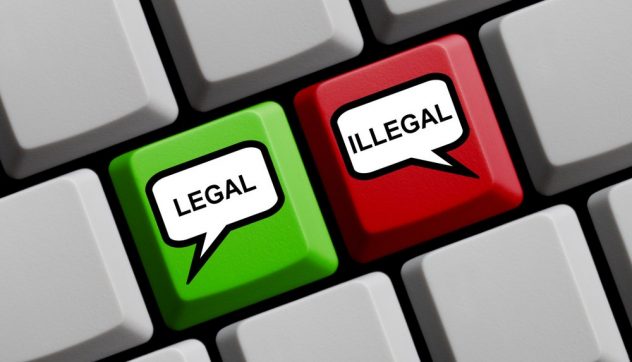 With the latest Premier League rights package costing an estimated £5BN between 2019-2022, there can be no doubting the growing interest in this lucrative product. Entertainment platforms such as Amazon Prime, Netflix and Disney+ have also doubled down on their investments for streaming services to meet consumer demand. The newest of the leading brands to enter the market was Disney+ and the media giant has declared streaming as its ‘primary focus’ going forwards. Although this is an exciting opportunity for media organisations, there will also be a highly dedicated set of fraudsters looking to benefit from the re-sharing of copyrighted media. Whether focusing on the sports or entertainment markets, such large commitments towards obtaining and broadcasting content must be backed up by investment in the best tools to clamp down on illegal streaming – which continues to be a thorn in the side of the media industry.

To get an idea of the scale of the problem within sport, in the 2019/20 season, the Premier League disrupted 329,000 illegal streams to appease its rights holders and maintain its most important revenue stream. With broadcast partners forking out large sums of money for rights, tackling and halting this illegal activity is understandably a top priority for the Premier League.

Although the vast majority of viewers consume games through official broadcast partners including Sky Sports and BT Sport, illegal streaming is a growing cause for concern for the rights holders. Fans looking to avoid paying full price to watch games are increasingly tapping into the illegal streaming market, with statistics showing approximately 1 in 3 people in the UK used an illegal source according to data from 2019  – causing a large headache for what is incredibly lucrative intellectual property (IP).

The popularity of consuming top tier media content is clear, but avoiding fraudulent activity is a key consideration and protecting IP is a top issue for sports and entertainment bodies behind the most consumed content across the world. The days of counterfeit DVDs are well behind us, but illegal streaming is a very current battle. One tool that is helping rights holders fight back is data collection platforms and this sits at the heart of the war on illegal streaming. To get a real-time view of what is happening in the darkest corners of the internet, data collection tools can help in identifying and spotting infringements, leading to illegal streaming sites to be blocked. This can be a game of cat and mouse, but to find copyrighted material being shared online quickly – data collection is crucial. The quicker these operations are discovered and disrupted the harder it is for those operating illegal streams to continue broadcasting content on their platform.

As well as allowing authorities to disrupt illegal streaming, data collection platforms can allow them to go one step further. Data collection is a key tool for detecting fraud cases and the same process is applied to streaming operations. This process allows authorities to reach the root of the problem – the source of the IP breach – allowing for robust action.

How? Data collection platforms use residential IPs, typically consumers’ IP addresses who have knowingly and willingly been contributed to a wider network. By using these millions of typical consumers IP addresses authorities can emulate an average user and identify the source of the breach on a global scale. In effect, those operating illegal streams can no longer just block the IP address of those trying to shut them down – as the use of residential IPs allows the authorities to assume the footprint of a regular consumer.

Although it can often be seen as a victimless crime by a small percentage of consumers, a report in 2017 forecasted that illegal streaming was set to cost the TV and film industry an eye-watering $52bn by 2022. It was also suggested in a separate study that illegal streaming costs Premier League clubs ‘£1 million per game’. Such losses can significantly harm any brand and whether you focus on and apply these losses to large industries or smaller ones, IP and copyright infringements can have serious consequences. That is why data collection tools are becoming increasingly important for those looking to protect their brand and revenues.

How your business can use privacy-preserving data for growth