The things that give any currency value are now available in bitcoin. It is a very good currency in means of transfer and security, it is a peer-to-peer technology without involving any third party in it. 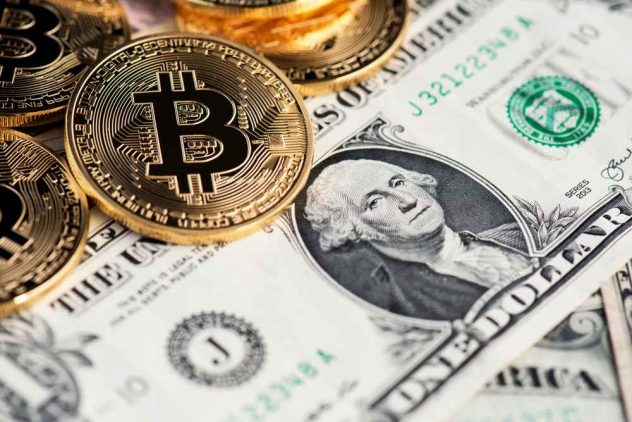 Any currency which does not have a store of value is useless but it can be reliable if it can maintain its value with the passage of time. Since ancient times the societies are using the currency in any type of metals to buy the thing because they have shown constant values rather than caring a lot of things like wheat golds, salt or any other thing to buy other things in exchange of needful things. It is easy to carry some money as an alternative, still, there are many currencies in the world which are trustworthy and reliable due to having long shelf lives people are still saving them as money, but always fearing of theft and losing or devaluation.

These days minted money is in the form of paper banknotes, but it has no intrinsic value like gold or other metal coins, somehow better than old metal coins so it can be stored in banks and can be used through electronic payments and transfers. These currencies are just repressive securities that can be traded with the exact amount of other commodities. These currencies are mostly backed up with gold, the currencies of different developed countries are now developed as fiat currencies, the fiat currency means they have global value and are backed up by any community, these currencies are considered more durable and long-lasting in all kinds of situations and did not lose value over time.

BTC was shown in 2009 and limited its supply to 21 million, so far there are only 18 million in circulation, the coin release rate is halving approximately every four years and to reach the supply of 19 million you have to wait until 2022, the procedure is not going to change because to change this procedure, which is called Protocol, it takes more computing power which is impossible in the near future and it gives value to bitcoin as a currency by creating a scarcity that raises its value as it stands in gold. But gold is not scarce as it is considered because after discovering more mines of gold the value of gold decreases due to the increase in supply and less demand according to the financial rule while the supply increases the price falls, the creation of last BTC is unknown.

Another thing that increases the value of a currency is its divisibility, the total number of bitcoins is very less than any fiat currency, it can be divided up to eight decimal points and the smallest one  is 0.00000001 BTC, a full bitcoin has a degree greater than a US dollar and other famous fiat currencies. Due to its extreme property of divisibility makes it scarce and increases its value, so if a person has a small part of bitcoin, he also makes a profit with increase the value of a single bitcoin, its divisibility gives it more value along with increasing its adoption.

In the past, the coins were taking the place of another currency if that country has conquered and the winner issues orders to use their currency as fiat, with the passage of time the countries become more stable and also their currencies, but still, all the coins did not prove their value. themselves as fiat currencies, except some of them, so investors and traders start to trade and store them as a store of value as US dollars due to their increased market penetration.

Investors and traders regard bitcoin as a stock asset due to its high fluctuation. But over time not only did it obtain a stable value but it has also positioned itself in safe-haven assets such as gold, due to its easy transactions, made more popular than any other currency because there are no third-party needs between sender and receiver. The total estimated value of the store of value and the medium of exchange is about 72.5 trillion US dollars if BTC reaches only 20 % of this value, its capitalization would be eleven trillion dollars out of a total of 21 million bitcoins and the value of one bitcoin would be 515,000 US dollars. These statistics show that bitcoin adoption is not only increasing but is also taking place of fiat currencies.

4 tips for increasing the value of your business

Pound for pound fighter – Will the £ survive like previous...

Dominic Lill - November 2, 2016 0
Even if you’re not a foreign exchange expert, the value of the pound is something on all our radars right now. As we’ve seen...