For many years, aeroplanes have been at the forefront of the travel industry, with 10 Most Today describing them as the “forerunners of the global age”.

Following their rise to prominence, global commercial airline revenue rose to approximately £635.47 billion in 2019, according to statistics from Statista. Fundamentally, there are many reasons why corporate passengers are opting for air travel, as opposed to alternative forms of transportation. So, let’s take a look at why you should travel by plane in Europe for business purposes. 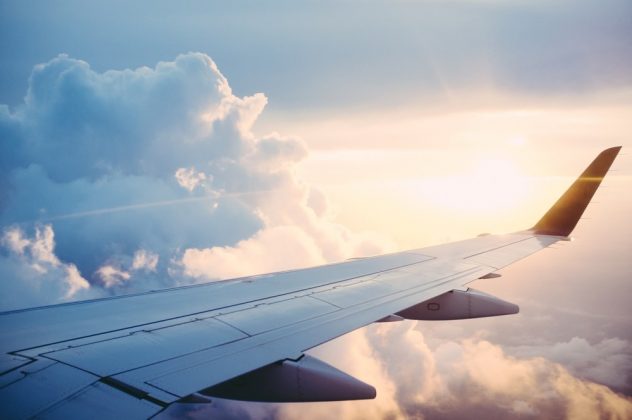 Advantageous from a rights standpoint

Primarily, perhaps the most significant reason for using air travel relates to personal protection. In the non-stop era of industry, it’s not beyond the realms of possibility that delays can occur or, even worse, flight cancellations. However, when travelling between European airports, passengers are protected in the event of the above issues under EU Regulation 261/2004. Through platforms like Flightright, if your flight is delayed or cancelled, passengers can check if they’re entitled to compensation via their accessible online service. The organisation has been enforcing air travel rights for over ten years and boast a 99 per cent success rate in court.

How to claim flight delay compensation

As touched upon above, claim validity is discoverable using Flighright’s compensation calculator. Generally, if the airline cancels your flight, then a full refund, or replacement travel, should be offered. Crucially, this is one of the primary criteria behind a claim. The airline must be responsible for the cancellation, while your flight must also depart a European-based airport. If the necessary criteria are met, then passengers qualify for compensation under EU Regulation 261/2004.

How long after a flight delay can you claim compensation?

Interestingly, many potential claims enjoying longevity regarding their validity. In the United Kingdom, eligibility lasts for up to six years. However, it’s worth noting that this isn’t the same in every European country. In Sweden, for example, the limit is two months. Regarding business travel, claims and compensation are relative to the individual traveller and not the employer.

While there can be no doubts that business-orientated air passengers are better protected when using airlines, there are also numerous advantages to embracing this method of transportation. According to statistics from Condor Ferries, corporate travellers account for 12 per cent of total airline passengers. Concerning European travel, given the close proximity of numerous countries, flights are shorter than intercontinental flights, for example. In turn, this will likely reduce both stress levels and jet lag, allowing corporate passengers to arrive at their destination feeling prepared for their upcoming business dealings.

Not only that, but Europe is also the home to an array of highly-regarded destinations, many of which offer a plethora of land-based travel options. In Germany, there are several ways to travel around Berlin following a flight. These include jumping in a taxi, or using the well-integrated public transport system which encompasses the U-Bahn among other means.

Embrace Europe and be ready for business

Ultimately, it’s impossible to shy away from the fact that travelling throughout Europe by plane is incredibly advantageous. Not only are passengers entitled to flight delay compensation in the event of any travel-related issues, but they’re also able to enjoy convenient, time-efficient transportation, which is likely to enhance any corporate trip.

How to park at airports without breaking the bank

Understanding the look-to-book KPI in the travel industry

Workplace injuries and your legal rights

Dominic Lill - July 25, 2019 0
An accident is an unpredictable event that can occur at any time. Accidents at work can create challenges when trying to fulfill...
We use cookies. To learn more, read our Privacy Policy.Ok