When 4G was first released in 2009, it was absolutely groundbreaking; never before did people have access to mobile network speeds that rivaled some internet speeds of the time.

It allowed innovations such as FaceTime and Google Drive, and changed the mobile gaming and casino world, allowing for the creation of multiplayer games with better visuals. With 5G being released in China, America and South Korea, the world waits with bated breath. However, there is still some time before it is available worldwide, as it will take about 5 years before it spreads across the world. 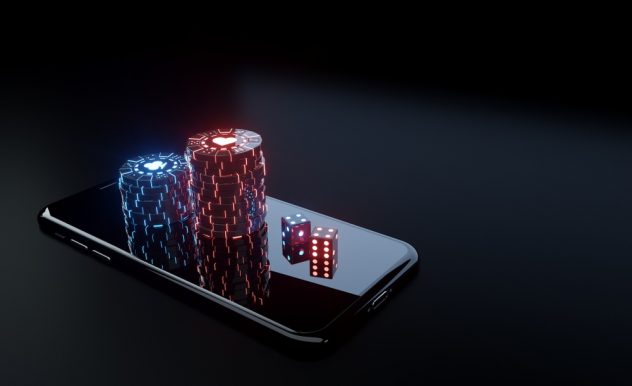 5G is said to be revolutionary, opening up new technologies such as remote surgery, self-driving cars, drones and improved virtual reality. More than this, it will provide the same internet speeds international companies use directly to households. This is an unprecedented time for internet speeds and technology, but what does it mean for the mobile casino industry?

The casino industry has always evolved with the times. When mobile gaming started becoming popular, the industry focused on mobile casinos. When 4G was implemented, the mobile casino industry began developing games with stunning visuals with multiplayer and live game modes, and when virtual reality rose in popularity, the first virtual reality casino was released in 2016. The implantation of 5G will allow the online and mobile casino industry to undergo their own revolution and improve the enjoyment for gamblers who want a true casino experience without needing to leave the house, unless you want to of course – that’s the beauty of 5G.

One of aspects, if not the most important, that online casinos focus on, is providing an experience as close to traditional casinos as possible. This has been relatively easy with slot games as they use roughly the same technology as the machines in traditional casinos, however live table games have always been a challenge. Currently, it is possible to take part in live table games, with an HD quality camera focusing on the dealer and the table, and the ability for players to communicate with the dealer and each other.

However, this is only been possible for desktop computer and laptop users, with functionality severely limited on smartphone devices. With the introduction of 5G, internet speeds ranging anywhere from 200 megabits per second to 10 gigabits per second, more live dealer games will be available. Players will be able to enjoy live roulette, blackjack, poker and more while playing on mobile casinos. While there is already a huge variety of games available on mobile casinos, like you can see here, it’s going to be really exciting to see the innovation that comes with 5G. One example of innovation might be that with increased speeds and bandwidth this might allow online casino and mobile casino developers the opportunity to use FaceTime technology in order for every player at the live tablets to be visible, not only the dealer. This will change the experience of live table games completely, as it will improve the social interaction many times over. Virtual reality games are already being developed by the casino industry with tremendous popularity, and it might receive even more benefits from this increased internet speed. Haptic feedback, which is the simulation of touch when interacting with something in real life, will also be introduced in VR. This means that gamblers will be able to feel the cards they are holding, as well as the virtual slot machines they will be playing on. This is revolutionary for the online casino industry.

Even though mobile network speeds of today are incredibly fast, they are still susceptible to intermittent signal, and most aggravatingly, delay. There will be times when connection is lost while moving around the city, or even the inability to connect at all. This is because current technology uses 6 GHz bands and below, that were developed for communication between satellites and radar systems. 5G will use millimeter waves that broadcast at frequencies between 30 and 300 GHz, as well as smaller miniature-based stations which could be placed throughout crowded urban areas every 250 meters. As a result, accessibility will never be an issue, since this will provide coverage over an entire city, meaning that connectivity will never be lost and speeds won’t drop or become unstable because of weak signal. With this technology, players can access mobile casinos with any device from any location, such as being on the subway, on a lunch break or traveling to another city without facing frustration again.