The United kingdom’s approach to cryptocurrency regulations is pretty lax, cryptocurrencies are not considered legal tender, but the country of the queen has no new specific laws about cryptocurrency, yet.

Since 2018, cryptocurrencies have turned out to achieve better recognizance with legal economic institutions. Today, they are traded openly on the financial markets, taking a major step since prior to that date where they were, on the contrary, illegal and sanctioned. So what does the future have in stock for these monetary changes? Many ask themselves how this new order of cryptocurrency is going to settle in our economic balance. 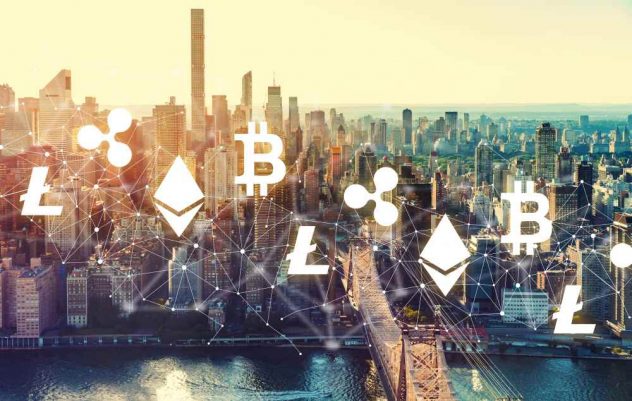 Cryptocurrency’s future outlook is still very much in question. Proponents see the limitless potential, while critics see nothing but risk. Professor Grundfest at Stanford Law remains a skeptic, although he does concede that there are certain applications where cryptocurrency is a viable solution.

The road to shopping with cryptos

In the article published by finance researcher Raynor de Best, November 12th, 2020, worldwide cryptocurrency usage is growing daily. Almost every day new coin users appear, and a shop announces they accept cryptocurrencies such as bitcoin. As cryptocurrencies evolve and their numbers expand, online retailers both large and small in the UK, and globally, are left to evaluate whether they should jump on board this semi-regulated digital train.

Amongst others, companies like Overstock, Pizzaforcoins, and Expedia have started accepting bitcoins mainly for general transactions, opening the road for you and me to access a new use of cryptocurrency. Big names like Microsoft, Shopify, and as funny as it is, even Subway come in-game to further facilitate the commercial use. Which forced the hand of bigger bank institutions to fold in and start working with this new market.

Are cryptocurrencies becoming mainstream as a payment method?

In 2019, the New York Times publishes an article that will bolster the popularity and attraction of cryptocurrency: “ JPMorgan became the first major United States bank to introduce its own digital token for real-world use, the latest step in Wall Street’s evolving approach to the blockchain technology that underpins cryptocurrencies like bitcoin and ether.” Acting as a drastic reverse of their statement in 2017, that bitcoin was a “fraud”, this gave a very serious push to the trust put in cryptocurrency.

Again, in a speech, the head of the Bank for International Settlements (BIS), Agustin Carstens, insisted that cryptocurrency such as bitcoin “cannot assume the functions of money” and warned against individuals attempting to “create money”. Nevertheless, some of the world’s biggest economies are beginning to acknowledge cryptocurrencies as payment, with India’s Law Commission considering cryptos such as bitcoin as a legitimate mode of payment, particularly for transactions made concerning iGaming.

Paying for online games with cryptos

iGaming hubs are dotted around the world with the most popular based in Gibraltar, the UK, and also Malta. The general thought is that Blockchain technology has the potential to trigger the next stage of evolution in the iGaming industry, with Blockchain gaming platforms increasing in popularity when it comes to pay-outs from free spins and general game outcomes. Attributed mainly to their problem-solving capabilities, Better security for games, and payment process. The blockchain and cryptocurrencies are the perfect innovation perfectly suited to give players more of a complete and free gaming experience.

However, using crypto has a steep learning curve, so why not enjoy it when trying to learn it? Here are two of the most famous games that are integrating blockchain/DAG and cryptocurrencies into their gameplay:

Cryptokitties is the quintessential blockchain game. If you want an introduction to the power of smart contracts, crypto-tokens, and how crazy people are about them, look no further.

Cryptokitties introduced to us tradable crypto-assets, Spells of Genesis introduced tradable blockchain cards that you can use in-game, and now Beyond the Void is about to show us the power of a full-on, crypto-powered in-game economy.

By giving these a try you can get a head start learning how to navigate the blockchain gaming world, start building your cryptocurrency portfolio, and have an introduction to the methods and advantages of trading cryptocurrencies.

Following this, the boom in crypto trading that apps like eToro, Binance, Coinbase have experienced is huge. The basic knowledge to get started is fairly easy and very accessible, even encouraged, and made open with online banks like Revolut, Wirex, and others. Another big shockwave came with PayPal’s official crypto announcement, the giant engaging itself in the new niche. Making crypto trading available straight from their apps, and giving access to the world of trading for you and me, within just a few clicks.

With very scarce laws limiting it, the increase of its worldwide usage, the expansion of societies and companies accepting them, cryptocurrencies are a growing market and seem to become a mainstream and legitimate mode of payment.

Although many prominent faces of the economic world have fought against them, their positions have changed throughout the last 3 years and now embrace the trend. Which allows for it to continue to grow and maybe be used by the general public in the future,
establishing a solid groundwork for a new economic structure around cryptocurrency.

How to choose the best forex signals

Dominic Lill - October 27, 2020 0
The world of forex trading is an exciting one, offering several opportunities for profits. However, where there is profit, there is also risk. Fortunately,...
We use cookies. To learn more, read our Privacy Policy.Ok