Back in October it was reported that Manchester United’s expected revenue had nosedived by almost 19% over the course of the year, with around £70 million of the lost income being directly due to the impact of the coronavirus pandemic.

These startling statistics are emblematic of an unprecedented era for football in general, with all-out lockdowns and spectator-free matches slashing profits for clubs the world over and highlighting deep financial divisions in clubs. 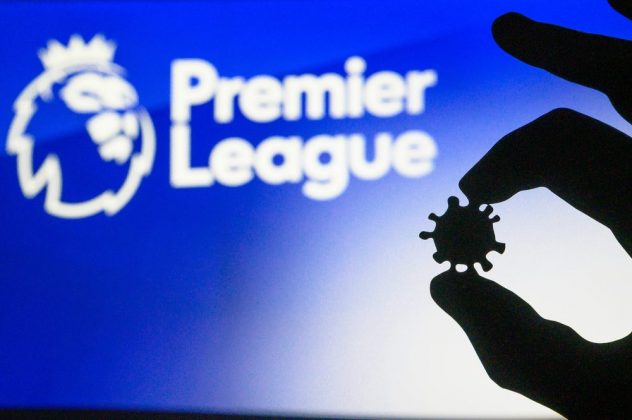 Of course, the biggest clubs – like Manchester United – have been far better equipped to survive these very tough and turbulent times. Putting aside the very real frustrations of fans and the less-than-atmospheric matches taking place in eerily empty stadiums, the Premier League continues to be a cash-rich powerhouse. Just take a look at the splurging that’s been going on despite all the much-touted concerns about the financial strains of the pandemic. Over the summer transfer window, the Premier League spent a whopping £1.24 billion in total, which ranks among the most expensive shopping sprees in the history of the top-flight.

The biggest spenders were Chelsea, with the club splashing out £226.1 million and Manchester City reaching into their deep pockets to spend £147 million. With all this in mind, it’s no wonder the British government raised a collective eyebrow in early November when Premier League bigwigs seemed to quibble over how much they’d be able to financially help out smaller teams struggling in the Championship, League One and League Two – the divisions making up the English Football League.

“Our offer goes to the issue of ‘need’ rather than ‘want’,” said Premier League chief executive Richard Masters in an interview. “Where you have scarce resources in the current environment that has to be the right approach.”

Seeming to take issue with the very idea of anyone at the Premier League even talking about “scant resources”, a Downing Street spokesperson said that “We do want to see progress, particularly when Premier League clubs have spent over a £1bn in the recent transfer window – nearly as much as the next four biggest European leagues put together.”

This friction came in the wake of the English Football League rejecting the Premier League’s offer of a £50 million rescue package, on the grounds that the money was only being offered to League One and League Two, and not the Championship. The EFL had released a statement saying that the £50 million “falls some way short” of requirements in the age of the pandemic, when playing behind closed doors was set to cost teams hundreds of millions in lost ticket sales.

The £50 million must have looked particularly paltry given all the recent talk about “Project Big Picture” – a revolutionary restructuring of English football which would have seen the Premier League reduced in size to 18 clubs, the scrapping of the EFL Cup and the Community Shield, and a £250 million upfront payment to the EFL. On top of that, a rather hefty 25% of the Premier League’s annual revenue would have been handed over to the lower division clubs (as opposed to the current figure of 4%).

Project Big Picture was eventually rejected for a number of reasons – chief among them the fear that the new structure would place too much influence and power in the hands of the Big Six clubs further increasing the financial divisions in football. This then led to the proposal of the £50 million bailout and the ensuing “fiasco” (to use the word of MP Julian Knight) of a disagreement between the Premier League and the EFL.

At the time of writing, the word is that the EFL has finally “agreed in principle” to the £50 million package, thanks to the promise of a separate bailout plan for the Championship. There has been further good news with the government confirming that fans will be allowed back into stadiums in tier one and two areas after 2 December. This will provide an essential lifeline to struggling sides in the EFL.

Still, the whole furore has certainly cast an unflattering light on the, well, divisions between the divisions of English football. Compare it to, say, the German Bundesliga, whose top clubs leapt into action to help their lower-ranking colleague way back at the start of the mass restrictions in March. Bayern Munich, Borussia Dortmund, RB Leipzig and Bayer Leverkusen pledged €20 million to other teams in the Bundesliga and the second division, and some players even took voluntary pay cuts. This kind of proactive, pragmatic approach shows that even the seemingly epic gulfs between clubs and divisions can be overcome if there aren’t endless spats between the people in charge.

It should be acknowledged that problems relating to the pandemic and inequalities in football haven’t always been so clear cut. Around the world, the impact of the virus has complicated social issues that were already fairly fraught. One example is South America, where Chilean football was suffering months before anyone had even heard the phrase “COVID-19”, with last year’s football season in Chile being cancelled following weeks of anti-government unrest.

There had been prior criticism of A-list football stars playing for clubs in Europe like Alexis Sánchez and Arturo Vidal for not being vocally supportive of the protests, and for being too insulated by their wealth and fame to understand the plight of ordinary folks. The ensuing curtailment of the season then “unfortunately stunted the development of the game at all levels for both men and women, with the impact of COVID-19 complicating things further, especially for those lower league professionals.”

Of course, it isn’t news that football is a corporate behemoth where massive amounts of money are collected by the elite clubs while the smaller sides in less glamorous leagues live on a knife edge. But the rise of the coronavirus has shone a perhaps permanent light on the financial divisions in football, and may yet spur much-needed change.