The current year has been horrendous for the majority of the world’s population. COVID-19 has hit us hard from enforced lockdowns, businesses closing, and millions of jobs lost.

Bitcoin, however, has stayed well clear of any negativity and recently reached an all-time high this year. This leads us to the question: how high can bitcoin go in the coming year? 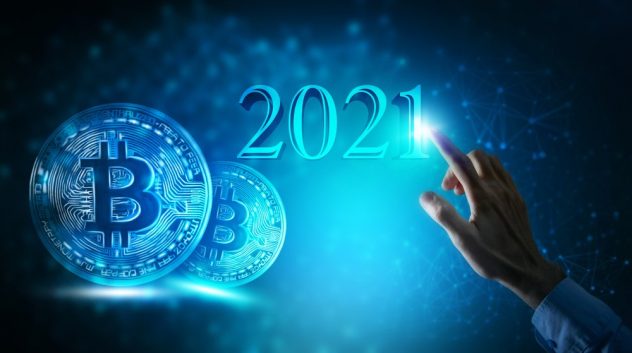 The first bitcoin was mined in 2009 when mining one block could earn you 50 bitcoin. Those initial bitcoin were essentially worthless because there were no exchanges or markets for trading them. Early users tended to be cryptography fans who sent bitcoins to one another for hobby purposes. A user called “SmokeTooMuch” auctioned 10,000 bitcoin in March 2010 for a mere $50 and found no buyer.

Unsold bitcoin would be worth more than $190 million today

Those unsold 10,000 bitcoin would be worth $192,638,850 in today’s market! This is because people around the world have accepted bitcoin as a legitimate alternative to physical currency. Businesses, including some of the best sportsbooks and casinos found online, readily accept bitcoin for payment.

Even huge companies are getting in on the act with PayPal buying up 70% of all newly mined bitcoin in October 2020. This confidence in the world’s most popular cryptocurrency has helped the price of bitcoin surge.

What is helping bitcoin’s rise?

Gold has been used as a reliable store of value since its first discovery. The fact it is relatively scarce and has limited supply works in its favour. It is also slow and expensive to mine.

Bitcoin is similar in these respects. There is a finite number of bitcoin in the world as only 21 million will ever be created. It is also notoriously difficult to mine with huge computing power and a significant helping of luck required to mine them. Remember how earlier we stated the first bitcoins mined yielded 50 bitcoin per mined block? Now miners only receive 6.25 bitcoin for the same block. The reduction of block rewards by 50% continues every four years.

Also working in Bitcoin’s favour is the fact it is more divisible and portable than gold. Bitcoin are stored in a digital wallet and you can send and receive tiny fractions of them. Try sending 0.01 grams of gold, for example. Even the massive Deutsche Bank has stated Bitcoin is a better store of wealth than the precious metal gold.

What are the experts predicting?

Twitter’s Willy Woo is considered to be an expert in cryptocurrency. Earlier this month, Willy Woo tweeted that his prediction of bitcoin topping the scale this coming year at a high of $200,000 by the end of 2021 was on the conservative side. He believes $300,000 is not out of the question.

Citibank, one of the biggest Wall Street firms, mirrors the sentiments of Willy Woo. It predicts $318,000 by December 2021 and went as far as labelling bitcoin the “21st century gold.”

Bloomberg is less confident of those meteoric rises, but still believes these are bullish times for bitcoin traders. The financial specialists believes bitcoin has a new resistance level of $20,000. If it can break through that resistance, Bloomberg believes a $35,000 target is achievable.

This of course is all guesswork and the value of bitcoin can go down as easily as it increases. Do your own research, as will all investment opportunities, and only invest what you can afford to lose.

Dominic Lill - June 4, 2018 0
When traders think about risk management, they might often imagine it to be a very detailed and multifaceted process. This is the wrong perception...
We use cookies. To learn more, read our Privacy Policy.Ok