Donald unfortunately is not the only figure that is refusing to accept the defeat within the presidential elections.

Joe Biden won the 2020 elections yet many gambling sites and platforms around the world are still refusing to acknowledge him as the final choice and the future president, when Trump finishes his position as president, despite all the tallies being released weeks ago and with everything officially moving forward in the direction of takeover of the Whitehouse from Biden. This has caused further problems with millions of dollars of losses and wins from wagers on the presidential election, being stuck in limbo from this chaos-despite there being a clear winner. 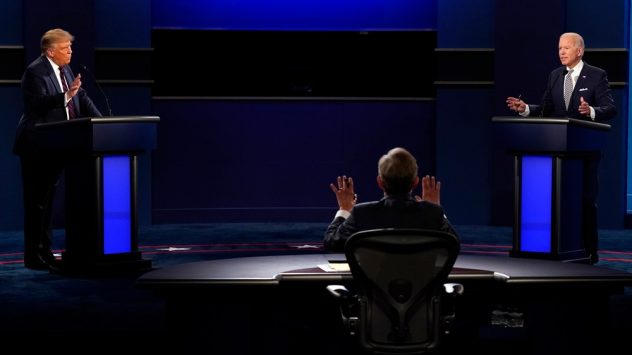 You can find more information at ratedbettingsites.co.uk who have provided their stance and reasoning within the matter. Not all betting and gambling platforms are holding the reigns, yet for those who are, when will this madness actually end?

A good example of this controversial issue is from the gambling legends and well-known brand Betfair. Having lost a total of $600 million during the election period alone, they are hanging tight before giving any of the winners a fair share of the cash that they are owed. Usually gambling bodies like Betfair, never usually bother about paying up when Super Bowls, NBA etc. are involved. One of the biggest shocks in betting history for example, a firm favourite Tyson was up against Douglas and despite the 42-1 odds of him managing to do so, he still knocked out the heavy weight. Many gamblers won despite all the odds and hopes being against them-and even then, still, betting houses still paid up when it was asked of them to do so!

The reason as to why many gambling platforms are not paying up as of yet, is because they are patiently waiting for Trump to prove that the elections were rigged and that he in fact, can sway the win back into his own favour. Essentially until Trump exhausts the legal procedures available to him, no betting site who was in Trump’s favour, are paying up.

The cash that has been invested on behalf of this election has been great indeed. With so many people putting Trump with the odds of winning, due to pre-electoral counts, they did not expect the rookie to come in and take the states such as Pennsylvania, which were once Trump’s favoured regions. It is very clear that betting sites will lose out massively because of the surprise turn of events that have made Trump be the first ever president elect that did not win a second term within the White House.

Gambling sites really do believe that the dust has not settled and Trump will come back as the reigning champion. Nevertheless, it has become such a waiting game on a playground and a very tricky situation for all to be in. For betting sites around the US, many have seen their presidential elections bringing in seven-figure sums. So, one can imagine that many of the profits that would have been gained if Trump actually did win the election as predicted.

The presidential election brought in much greater money than the Super Bowl did over 5 years, and that is really saying something here, isn’t it? The odds did not greatly shift prior to election day, when they were unable to adjust greatly to account for the masses that did vote for Biden. Now, long after the election has been and gone, punters are waiting to be paid, with an uproar being started from the online forums and platforms that are currently surging interest at all the major betting sites across the country.

Previously when Trump was up against Hilary Clinton, gambling sites paid out on the dot from the winner being released, so it seems as if gambling sites have actually learned from their mistakes, by clearly not allowing any winners to withdraw yet, until the legalities that surround Trump have settled. Even though the odds of Trump actually winning though his claims are slim, it’s better waiting it out than paying out mistakenly as they had done so previously with Hilary Clinton winners, before the election day itself took place, last election. The winner took away $1 million before any winner was announced, due to the states being in her favour at the beginning of the vote counting.

Currently 888 have actually begun their electoral campaign odds again to try and reclaim on the cash they lost through the election results. With many odds trending that state vice president Kamala Harris having a possibility may take presidency within the year 2022 and Biden re-winning the election from 2024, it is obvious attempts seem desperate and rather trivial. Nevertheless, this is an initiative that could allow gambling sites to scoop back on top. The question is, will it create the same momentum as the election did-with such large figure values? We think it is highly unlikely.

Not all sites had actually followed through on selecting Trump as the favourite, some did actually believe that Biden was the best choice and shot for the times. Those of course will have much less to worry about and to consider, when they cash out on their winners. Yet gambling sites as a whole have all seemed to convince themselves that the decision will change and a number of states will actually be revealed to have Trump in favour again. As unrealistic as it sounds, that is the unanimous decision of most online gambling sites for the time being.

With all sites predicting differently with odds based on more opinion than anything, you can see how betting sites will be very defensive and try to hold out to the last minute before the final decision has been made, from Trump’s legal claims. Nevertheless, it is very apparent that now all we can do is wait. That is right. It has all become a part of a huge waiting game and unfortunately punters cannot do anything about it.