To call 2020 a year of disruption for the oil and gas (O&G) industry is an understatement. From a confused outlook on future supply by OPEC+ (Organisation of the Petroleum Exporting Countries and other countries) combined with the price war instigated by Saudi Arabia to COVID-19 slashing global demand, it’s an avalanche of massive challenges. 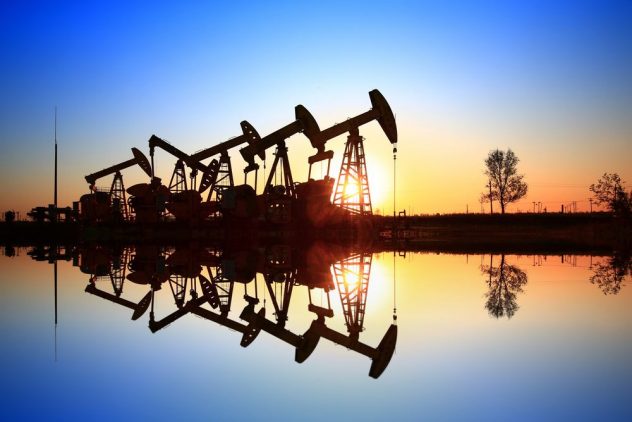 Underlining them all of course, is climate change and the growing pressure to make some fundamental changes. Is the entire O&G industry at a point of seismic reinvention?

The perfect storm of challenges facing the oil and gas industry

In April, the price of Brent crude spiralled down to below $20 per barrel and the Western Texas Intermediate (WTI) traded at negative $37 per barrell This was the lowest seen since 2001 and the reaction to September11th. In mid-June 2020, the global O&G industry crashed hard.

Industry giants quickly announced plans to cut their workforce. BP (formerly known as British Petroleum) announced a 15% cut in its workforce and forecast that oil prices would stay around 30% lower than previously projected for years to come. Other companies, such as Royal Dutch Shell followed suit with plans to downsize its Australian developments surrounding liquefied natural gas (LNG) and also pulling out of major LNG projects such as Lake Charles in the US..

Global energy consultants Wood Mackenzie estimated that at least US1.6 trillion has been wiped from O&G in 2020. However, they also made the point that while COVOID-19 contributed a lot to this demise, the economic impact of climate change is very much a part of it too. So, it’s not just about getting through the pandemic, but finding a new way forward.

A time of upcoming restructuring and changes in attitude

We’re on the precipice of a time of fundamental change for O&G. New ways must be found to create value, and companies will need to simply their portfolios and plans to ensure their operators, service companies and businesses survive.

Production is falling as it becomes less economically viable. Some experts say that at $25/ barrel, even a production level of 2.5 million barrels a day would be uneconomic. This is what has led to companies pulling out and postponing work. These kinds of responses may solve the short-term problem, but there is little respite in a future increasingly shaped by the effects of climate change.

External cost-cutting measures have already been taken across the sector. Now it’s time to reinvent internal processes and operating models. The aims should be:

While prices have risen since they fell to extreme lows earlier in the year, the O&G industry can’t rely on them remaining steady. Instead, they must make contingency plans to ensure that they can operate even if prices drop near $25/barrel in the future.

The future of the upstream oil and gas industry depends on the final impact of COVID-19 on demand, and how the OPEC+ members respond. It’s essentially about fundamental change across the entire sector.

There are major issues to contend with that are now informing business strategies for O&G companies, including the risk of stranded assets, the liquidation of business models and peak demand. And while the industry is used to dealing with uneven economic cycles, this time it’s different.

Currently, we can say that capital markets and the global economy have rebounded in a more positive way than expected at the midpoint of 2020. However, we’re not yet through the winter and much of the world is grappling with rising cases of the coronavirus. This is particularly the case in the United States and in Europe and is triggering regional shutdowns of varying degrees.

True normalisation and economic recovery depend on the toll the pandemic takes over winter, and how quickly the vaccinations are rolled out around the world. Of course, even when we reach a state of control over COVID-19, economies will be counting the cost for years to come.

According to Deloitte, oil demand in 2021 should recover to a relatively robust position. But it will remain lower than pre-pandemic levels by about 4-7%. Since July 2020, oil prices and energy stocks have underperformed by 10% and 25% respectively. In the US, O&G companies made 14% of staff redundant and it appears unlikely that these jobs will be replaced by this time next year.

Between the fall in demand and uncertainty of the equity markets, there will no easy way to predict the future for O&G companies. They must be ready for any scenario.

To do so, digitisation should ramp up in order to reduce operational costs as well as improve efficiency in execution combined with standardisation rather than bespoke solutions for every project They also need to remain flexible and always have an eye on projects of the future.

The pandemic has not stopped the pre-COVID long-term trends of digital transformation and energy transition. Instead, the associated drop in demand has sped these up. Digital transformation will enable remote operations and drive human/automation collaboration. But more than that, digitisation will set short-term and long-term emissions targets with full accountability and standardisation. The industry must work to be open and transparent about targets and exactly how they will reach them.

There are a lot of carbon capture usage and storage projects on the drawing board in Europe and the first one coming to fruition is the Longship project being developed in Norway by Equinor in partnership with Shell and Total. The is also supported by the Norwegian Government financially and the project got sanctioned yesterday. Partnering between International Energy Companies on key projects like this will be one of the models going forward and also governments must be catalysts t bring them to final investment decision.

There is also a lot of focus on green hydrogen projects and the largest one is the NorthH2-Project. The NorthH2 aims to produce hydrogen using renewable electricity from offshore wind off the coast of Netherlands. This is a project led by Shell in partnership with Equinor, Groningen Seaports, Gasunie and RWE.

In short, these challenges were all facing the O&G industry before COVID-19 appeared. But the changes that may have taken over a period of years are now having to be made in months. Oil & Gas companies will have to make big and bold decision over the next few years. Their strategy should include:

Oil majors try their hand at being alternative energy minors

Understanding your energy bill and compare energy tariffs from Quotezone