A good pianist, with the right skill and passion, can play well on any piano.

But if you’re looking to invest in a piano and aren’t sure whether to opt for an upright or a grand then consider the points below. 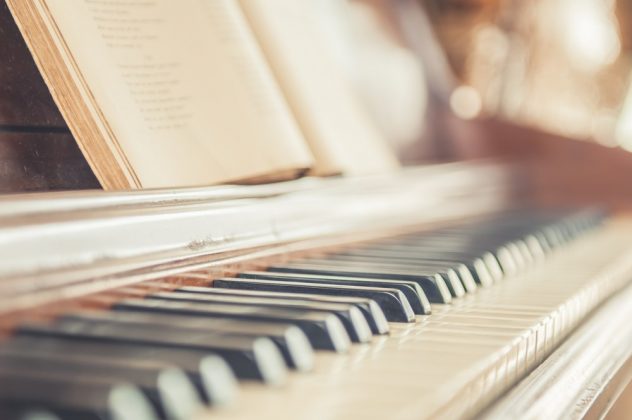 The greatest advantage for some of an upright piano is the more compact size, making them more suitable for smaller rooms and spaces. They can also be moved to different locations with relative ease, which is not the case for a grand.

A grand piano can fill a room – be it’s centre piece or focal point, whereas an upright piano would not be enough to fill a room on its own. A grand is much more elaborate, often with luxurious finishes such as silk, ebony or marble.

The price comparison between an upright and a grand piano is significant. Uprights are cheaper to purchase as they’re simply cheaper to produce and require much less time and labour. For a new upright piano you would pay in the region of £2,500 – £20,000, they’re also often available second hand on-line for a fraction of this or even free to a good home.

Grand pianos of good quality take a team of specialists around a year to build by hand. It is an incredibly detailed process that takes time, expense, hard labour and skill but results in a top-quality instrument that’ll withstand generations of use. This is all reflected in the substantially larger price tag which can go into 6 figure sums quite easily.

An upright piano is a definitie upgrade to the digital keyboard, which can be a tempting choice for a beginner but it’ll never quite compare to an acoustic instrument.

Pianists state that grand pianos are much easier to play than upright pianos. This is due to the entire action mechanism being different which allows the player to play twice as fast than an upright does. The ability to produce articulations and dynamic expressions is easier on a grand piano and a pianist can perform scale passages, complex trills and change dynamics instantly in the music. Anything from rumbling tremolo accompaniments to successive staccato passages come through much more seamlessly and smoothly on a grand.

The sound from an upright is never going to be on a par with that produced from a grand. The size of the uprights strings and the soundboard are smaller, and the sound produced projects this. Its design means that the sound created travels upright, so in order to take full advantage of this when playing, the lid must be raised. If it isn’t then the sound can be muffled.

The sound of an upright can be described as tinny and bright whereas with a grand it is deeper, richer and smoother with the blending of harmonies much more refined. The sound produced from a grand is unrivalled but the downside is the cost of keeping the piano in top condition; regular cleaning and tuning is essential though timely and costly.

You will get what you pay for, if you want a second-to-none, top-quality instrument it will come with a hefty price tag. If your passion for pianos is more of a fleeting hobby then you can get plenty of enjoyment from an upright, though it’ll never steal the show!

7 Scientific ways to de-stress at work