It has been a common conception that blockchain and cryptocurrency are mostly male-dominated sectors. However, according to recent reports, there’s been a bizarre upturn in the number of female traders participating in the crypto market.

There is even a growth in the number of as high as 160% in some exchanges. Women have started to beat the number of male counterparts in bitcoin trade. 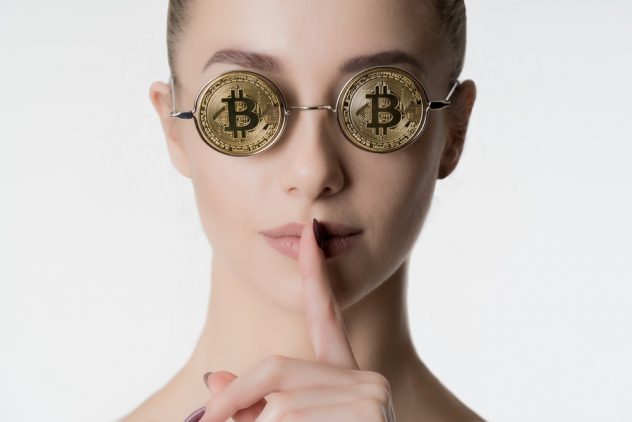 Men have shown much higher interest in the bitcoin world from the time it started gaining popularity. Due to the lack of governmental regulations for its public use, cryptocurrency was correlated with risk, complexity, and illegality. To know more about this visit yuan pay group.

With the increase in the number of scams, things only worsened for the potential investors since there was a little assurance of a viable investment in it.

However, in the present day, it’s not only hard but impossible to find any blockchain conference, project or meetup or even digital asset startups without at least one woman in it. What has led to this increase in the number of women in this industry is the female-led blockchain initiatives and development in crypto education.

According to a study published by BTC, women comprises of 43% of all investors in Bitcoin- indicating an increase of 13% from the previous year. What more is that this number is only growing?

More and more people began investing in cryptocurrencies, gold and real estate as the worldwide financial conditions stiffened. Presuming that women tend to be more cynical about the world economy, it can be understood that their confidence increased significantly in cryptocurrency this year. Digital assets, in a way, became women’s haven.

Bitcoins became an up-and-coming investment for everyone in 2020. The enticing investment opportunities are among the primary reasons for the growing interest of women in digital money.

There’s already an increasing demand for cryptocurrency on many trading platforms. Over the past two months, the value of Bitcoin has also doubled. The halving event, along with that has caused controversy around cryptocurrencies. Men and women are equally competent, have always been. In fact, according to Grayscale, more than 49% of women already predicted that the limited emission of Bitcoin would lead to its increase in the price in future.

What do the numbers tell?

In the beginning of the year, there’s been a rise of 43% in the number of women in the cryptocurrency industry. The rise was much more prominent in Greece with a growth of 164%. The considerable increase in the number indicates both non-technical and technical millennials.

It’s a matter of proud that this industry is becoming more feminist with more women power, especially when they’re becoming so successful in trading.

An IG study is conducted on the behavior of both men and women in trading bitcoin and other equities like gold and crude oil. According to the survey, more women have succeeded in all these trading industries compared to men.

Gold carries the highest ranking based on the preference of different generations. Bitcoin follows next and then crude oil and silver come at the least of the four. Bitcoin is the first preference for Gen X, followed by millennials. Baby Boomers and Gen Z show less interest in bitcoin as compared.

Cryptocurrency and its ease of use

Cryptocurrencies and blockchain technology have taken a considerable amount of time in gaining popularity which can be among the primary reasons for the boost in the number of women in the industry. Women in the age group of 26-45 and belonging to a different line of careers like lawyers, accountants and economists, together comprise 23% active in this industry. According to the reports, women have become more comfortable in spending cryptocurrency the same way they pay cash.

Terra, a crypto-payment operator, revealed that 74% of the women are in the age group of the 30s and early 40s. They are now finding it more comfortable with making payments with digital assets for coffee, clothes, and daily goods. Not only geek and millennial women, but women with no technical background or knowledge have also begun using cryptocurrencies with ease.

More and more women are getting to the world of cryptocurrencies, not only for trading but also participating in roles that were earlier mostly dominated by men, such as developers, company leads and analysts. Also, according to the stats, the blockchain companies started by women are giving a tough competition to the companies founded by men.

Why was the gold standard abandoned?

How did 2020 change the world of online trading?

James Smith - October 21, 2020 0
Every bitcoin is basically a laptop record that is stored in a 'virtual pockets' app on a phone or PC. People can send bitcoins...