Worldwide, in the present day, there are about 6000 ATMs. Most of the ATMs are in the US. However, Africa plays a very crucial role in the endorsement and maintenance of cryptocurrencies.

The continent is developing at a considerable pace in making bitcoin ATMs available. For more information visit bitcoin compass UK. 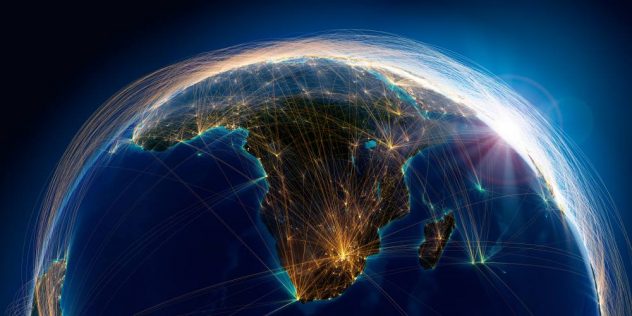 We will be discussing on where all you can find these ATMs in Africa in this article.

There are 15 bitcoin ATMs on the continent. Seven of them are in South Africa, two in Ghana and one in Nigeria, Kenya, Zimbabwe, Botswana, Uganda and Djibouti each.

What are bitcoin ATMs?

Bitcoin ATMs work just like conventional cash machines. The only difference is that instead of cashing out the money from a bank account, you can purchase and sell bitcoins against local currency cash using these ATMs.

The first bitcoin ATM was set up in Canada in the year 2013 in Waves Coffee Shop. After that, the second machine was installed the former year in the US at a cigar bar in New Mexico. Coinme installed the next one 2 months after that in Washington that also has a money transmitter license. Bitcoin ATM market has started to grow steadily since then.

In the present day, North America has the most number of bitcoin ATMs, followed by Europe. Asia has 2.3% bitcoin ATMs, and Australia & Africa have only 1.3% and 0.1% respectively.

As already mentioned above in the article, South Africa tops the list with 7 bitcoin ATMs which are spread across five cities. Cape Town has 3 ATMs, Pretoria has 2, and Nelspruit Johannesburg each has one ATM.

Most ATMs in South Africa serves only as withdrawal channels. There’s also a provision to convert Rand into bitcoin through these ATMs. However, the conversion rate is relatively high (8%-14%).

You can withdraw an amount of 5000 rands even with no KYC verification. Any amount over 5000 would require an identity verification that will permit you to get up to 100 million rands from any bitcoin ATM.

One of the top providers of bitcoins ATMs in South Africa is Anker.

The first bitcoin in Kenya opened last year in Kenya’s capital, Nairobi. BitClub Network operates the ATM. There’s a provision to convert fiat to crypto in the ATM. The machine has a minimum value of 500 Kenyan Shillings worth of litecoin and bitcoin for purchase.

Ghana has 2 bitcoin ATMs, and both are located in Accra. These ATMs are run by Thunder Solutions which is a local IT firm.

There’s not enough information about these ATMs, and it’s hard to tell if they’re still in working.

Uganda has just one bitcoin ATM which is hosted by Kampala Post Office and run by a local blockchain company called KIPYA Bit2Big. The local people can use the ATM for purchasing bitcoin, ether and cash.

Golix, which is a Zimbabwe-based cryptocurrency exchange, launched the very first bitcoin ATM there which is based in Harare, the capital city of Zimbabwe.

The ATM also bolsters other cryptocurrencies as well apart from bitcoin. This single ATM also fosters bitcoin and litecoin cash in Zimbabwe.

It may amaze you, but yes, there is indeed a bitcoin ATM in the small East African country, Djibouti, that is located at Appart Hotel Moulk.

Group DOS, the operator of the bitcoin ATMs, is planning to bring in 2 more ATMs in Djibouti. Eleyeh Issa, the Group DOS CEO conveyed to Bitcoin Africa.io that two new ATMs are going to be introduced soon, one at a shopping mall and the other one at the airport.

Even though these ATMs require high fees to be set up, which, make them less attractive to the larger investors, they do become somewhat popular among small investors who are looking to get started with their first bitcoin investment.

There is just one bitcoin ATM in Botswana which is located at the Airport Junction Mall in Gaborone. Because it is in near proximity to the airport, it is a favourable place for the bitcoin users that travel a lot. It makes it easy for them to exchange their bitcoin for Botswana pula.

This one is the latest addition in African bitcoin ATMs. Blockstale installed this one and only ATM in Nigeria.

One can buy bitcoin with naira on the machine at Dazey Lounge & Bar in Ajah, Lagos State.

9 best travel destinations in Africa that should be on your...

Dominic Lill - December 4, 2019 0
Are you planning your next holiday to an exquisite travel destination, but haven’t decided where to go yet? Why don’t you add Africa to...