The growth of the cryptocurrency industry is touching unprecedented levels and the entire world is witnessing that shift.

On one side we see protests raging and getting support from their association with the crypto industry, on the other side we European Nations formulating a comprehensive crypto regulation strategy. Then there is Facebook which has announced its foray in the digital currency market, and along with that, there are brands which are opening its doors for crypto-based payments. All of that is happening and it’s happening fast. 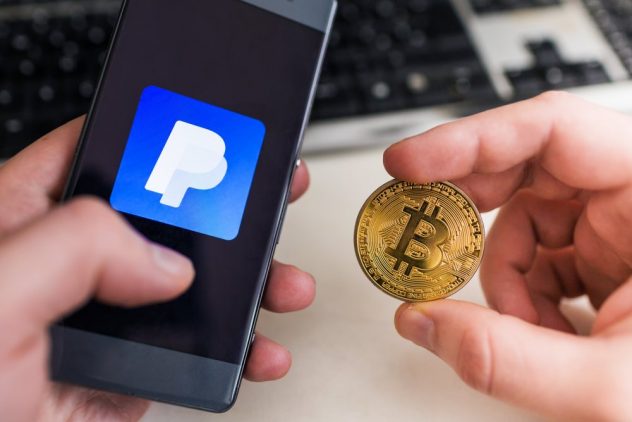 In this year alone, the crypto market has grown by a very high rate and half of the credit for this growth goes to the global pandemic. The pandemic pushed the limits of world economies and showed them its worst color. While the economies suffered hard, cryptocurrencies were among the few assets like gold and real-estate which continued to grow. This, for one, has made it very clear that crypto is a strong industry and of the kind that will not be easily blown away by market forces. For more information visit Bitcoin Prime.

Though it’s very volatile but placed in an economy it can act as your shield against losses. Now, vouching for the same there was a recent announcement by PayPal in which it stated that it will allow its users to buy, sell and hold crypto assets directly from their PayPal account. So, those who are stocking up gold and silver for their future security, consider your decision once again as another force in the market can guarantee you positive returns.

This is a big move by PayPal and the moment it was announced its prices sky-rocketed and a similar pattern was seen with bitcoin whose price also rose to a very high level. In its first phase of the launch, PayPal has only enabled this feature for its US users. This is because to announce such a big move, they should be in sync with the government’s policies. Considering that, PayPal decided to start the association with the US market first which is more liberal towards crypto as compared to other countries.

For now, the move means that the users will only be allowed to hold bitcoin, bitcoin cash in their PayPal wallets but they won’t be allowed to directly transfer it to other PayPal wallets. To do that you need access to the private keys which is a unique number associated with every bitcoin. This access is not yet available on PayPal hence the use of bitcoin on the same will remain limited for a certain period of time.

However, it has still opened the door for bitcoin of the mainstream economy which it has been trying to get into for a long. Plus, this move brings a lot of recognition and credibility for bitcoin because being associated with the world’s large digital payments system is a matter of great pride.

Along with that PayPal has also announced that it will allow its users to pay on some 26 million stores that are ready to accept crypto payments. Now, to realize this feature you need to be in the US because all of these are mostly US-based brands. Now, that will be done through the conversion method only.

Like for instance, these stores won’t be receiving payment in crypto instead they will be getting it in fiat currency only. It’s PayPal which will be facilitating this payment method by converting the crypto to fiat currency. For that, it will be charging a hefty fee from the sender and in turn, what will happen is the sender will be paying in crypto which the receiver will get in fiat currency and a huge fee of 2% per transaction will be charged for the same.

With this news in circulation, the price of bitcoin is witnessing another high at a pretty great growth rate. This is a very strong positive sign for the growth of bitcoin and other crypto-assets. Till now, they have been seen in a negative light but now the mainstream market is opening its door for these digital currencies and that means huge potential and future growth.

What crypto lacked was users’ trust, faith, and credibility and that weakness has now been made up by PayPal’s big move towards an association. It enjoys a very good reputation among its users and a positive step by PayPal in this direction will only facilitate bitcoin’s growth.

Know how to buy bitcoin with ease in Australia

Dominic Lill - December 8, 2020 0
Cryptocurrency includes bitcoin. It works without a bank or any kind of intermediaries and is carried on a person to person based bitcoin network....