While it may be a new year, 2021 unfortunately still has many of the same problems as the last year, the prime culprit being the COVID-19 virus. With a new national lockdown now in place in many parts of the United Kingdom, it’s fair to stay that the year has not started like any of us would have hoped. The vaccine rollout offers a light at the end of the tunnel, but until then, many of us will be sat at home with little to do and worrying about our financial security in the future.

But with that said, now that you have more time off, why not check to see what you might be entitled to claim for? Given the economic impact of the coronavirus pandemic, it’s more important now than ever before that we are smart about how we manage our finances. In recent years, there have been several situations where businesses have mis-sold a financial product or service to their consumers. 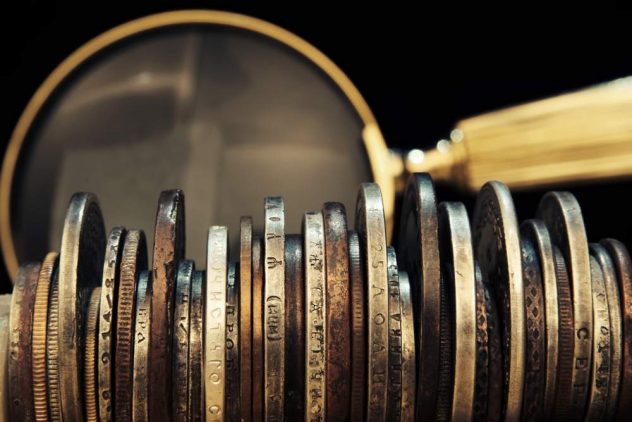 In a lot of these cases, the consumer is unaware that they have been mis-sold and is oblivious to the damaging impact that it has had. If you have been mis-sold, then it’s likely that you received unsuitable advice, were not informed of risks, did not receive required information, or were provided with a product or service that failed to deliver on what was advertised. These can lead to serious financial consequences for yourself, such as losing a heavy amount of money or pursuing a risky opportunity.

AM1 Claims Management is a specialist financial claims company based in the UK. AM1 has years of experience in helping clients claim compensation that they are entitled for. They work on a variety of mis-sold financial claims including mis-sold pensions, mis-sold mortgages and mis-sold investments.

In this article, AM1 Claims Management will talk about four of the most popular financial mis-sold claims that you may be entitled to claim for.

One of the most recent scandals to hit the news is the diesel emissions scandal. In 2014, it was discovered that software had been used to manipulate air pollution tests for diesel cars from several vehicle manufacturers. Affected brands included Volkswagen and Mercedes. When an emissions test was carried out, the software would adjust the engine so that it emitted less during the test. With cars in the UK also affected, this has led solicitors to file several class actions. If you think your car is affected, you may be entitled to a worthwhile compensation amount. The manufacturers are set to lose hundreds of millions due to the scandal.

A pension should be the key to enjoying a happy retirement with financial security. By saving up money in a pension, you will effectively be able to begin accessing the money when you retire, allowing you to continue receiving a good flow of income. However, it is not always as plain sailing as it may seem. There are so many different types of pensions which affect how money is saved, how much is saved, and how the value changes overtime, to name but a few considerations. Therefore, it is a complicated and potentially risky investment that needs serious consideration. When thinking about choosing a pension fund, it’s essential that you receive appropriate financial advice. Unfortunately, this is not always the case, leading to many people being mis-sold a pension. Financial advisors or pension transfer firms must properly advise you. They should inform you of the risks and fully explain what you need to know. If you are badly advised, this can lead to exorbitant fees and the pension losing value over time. Mis-sold pension claims can help you claim back lost value or incurred fees.

You’ve probably heard about PPI, it’s been going on for decades now! Payment protection insurance was implemented to cover repayments when the person themselves wouldn’t be able to. For example, eligible circumstances would include being made redundant or being unable to work due to illness, a disability, an accident, or death. PPI was often sold with credit cards, mortgages, store cards, and catalogue accounts. While the idea behind PPI was relatively good, an investigation found that most had been mis-sold. It’s understood that policies were not explained properly and in some cases, PPI was sold to ineligible people. This led to the rise of PPI claims with an average pay out of £2,000. While deadline for a PPI claim was in August 2019, claimants can still make a claim under the ‘Plevin’ rule. Plevin claims are based on the belief that there was a high level of commission on the PPI product. People who were previously rejected for a PPI claim can make a Plevin claim.

Last but certainly not least, we have mis-sold mortgage claims. A mortgage is a shrewd financial way of taking out a loan to pay for a property. For most people, when it comes to finding their dream house, a mortgage is the only viable way to secure the purchase. As with choosing a pension, there are several options to choose from when picking a mortgage. That means it can also be an extremely complicated and overwhelming process. Every person’s circumstances are different so it’s important to find a mortgage that is right for you. It’s not uncommon for brokers and advisors to sell a mortgage based on the commission rates they receive from banks. However, as one of the costliest loans you will ever take out, the damage of a bad mortgage can be significant. It’s so important that you receive the best advice possible in enabling you to find the option that is suitable for you. If you believe you’ve been mis-sold a mortgage, you should claim advice from a claims management company.

How to support your employees with their financial woes