Over the years, the casino world has seen numerous successful blackjack players, but none of them can compare to the MIT Blackjack Team. The legendary MIT Blackjack Team consisted of a group of students from the Massachusetts Institute of Technology, Harvard Business School and Harvard University going to the Vegas casinos.

They took advantage of the casinos by card counting to gain an edge, which is strictly forbidden in all casinos. The group of students terrorised Vegas casinos from the early 1980 to the late 1990s and is said to have made it out with several millions of dollars. 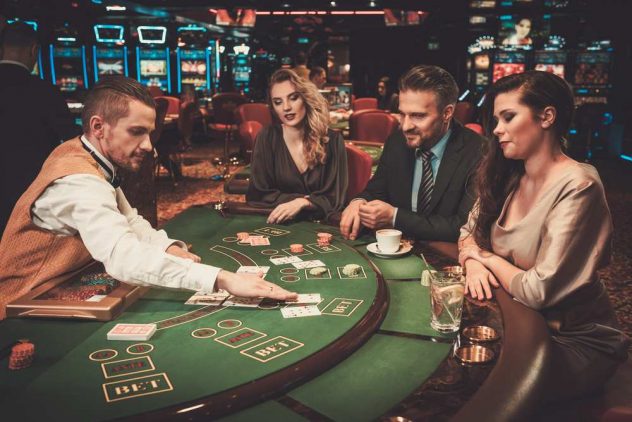 What is card counting

Card counting is a well-known strategy and many groups have been formed over the years to get big payouts. The strategy is banned in casinos and very cumbersome due to strict security measures including cameras, pit bosses and security personnel. Although it is not illegal, players who get caught will be banned from ever entering the casino again and any payouts will be denied. However, the idea behind counting cards can be considered simple: the player counts the cards played and can be used to determine if the remaining cards in the deck are favorable or not. Blackjack is always played against the dealer, with the goal of getting 21 or higher than the dealer without going above 21. If the sum of the cards exceeds 21, you bust.

Bill Kaplan and his accomplices

Counting cards is an old and popular strategy that has been done to win over time. However, the mythical MIT BlackJack Team managed to take it one step further. The group can even be seen as an organization as they had two skilled leaders, really clever players and on top of that rich investors that staked them. It all started when the professional player Bill Kaplan found an ad on the MIT Campus in Massachusetts in 1979 looking for blackjack team members as counting cards alone is far more challenging than in a group.

Kaplan helped devise a plan to win from a new casino in Atlantic City, however – he felt that the group was not skilled enough to raise large sums in the long run. Without giving up on the idea, Kaplan met with another professional player named JP Massar at a local Chinese restaurant and together they began to develop a blackjack team. In the group they led, they players had to practice meticulously and any new member had to go through a rigorous training scheme before being deemed ready to take on the casinos.

There are two types of blackjacks at an online casino, the Live Version that is streamed in front of players from a studio, usually located in Riga or Tallinn. Then you have the table version which is very popular among casinos not on gamstop. Trying to count cards on the table version is a bad idea as every round is determined by a random number generator which means that every hand, a new deck of cards is dealt.

Assuming card counting would work on the live version of the game, however as we determined earlier in the article, counting alone is far harder than doing it in a group, with no access to seeing other tables and knowing when the table is hot or not we strongly advise against it.

In an interview with Boston Magazine, Kaplan himself stated that the group’s success was not driven by flickering students from top universities, but by the fact that it was run like a business. The success of many similar groups crumbled into poor management, which is the foundation to any good business. Strict training also played a big part in their success, as in any sport. It is said that the players had to pass two hours of practice without making a single mistake to qualify.

Since it’s not profitable for casinos to constantly lose large sums of money to card counters, they partnered to find members of the MIT Blackjack team. Private detectives worked hard and eventually managed to crack down on the group based on pictures from the university yearbooks. When some of the players were found, it was easy to find the rest and instead of being dealt a winning hand, some of the members were dealt a lifetime ban to all casinos on the Strip instead.