While the reluctance of the financial institutions and governments across the globe to accept cryptocurrency is nothing new, the debate gained a new life recently.

The first of our facts is with well-known personalities across various fields, including Mark Zuckerberg, Lionel Messi, Bill Gates, and Mike Tyson, backing cryptocurrency publicly, the notion of whether cryptocurrencies should be banned is still an ongoing issue. 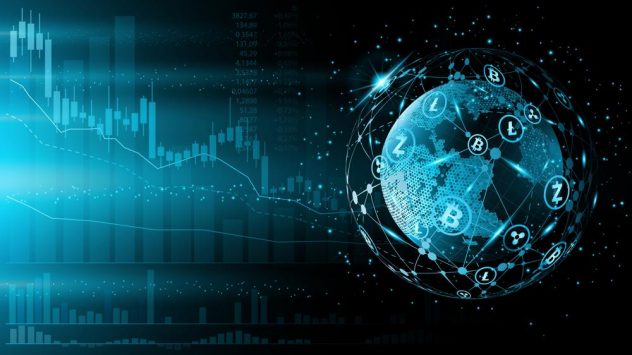 It is for sure that the governments anywhere are not willing to promote or even fully agree on a currency that does not have the feature of centralization. But, the matter of fact is, even if the government does eventually ban this digital currency, it will be difficult to stop the wave. For more information visit Bitcoin Billionaire UK.

1. The creator of bitcoin is still a mystery

Regardless of the present status of bitcoin in terms of popularity, it is true that the person responsible for this digital currency is not known. The pseudo name “Satoshi Nakamoto” is used everywhere, but no one knows if that is a person or a group. There have been numerous conspiracy theories ranging from it being a project of the CIA to it being a product of four tech brands.

2. You can never ever lose your private key

When you make transactions via cryptocurrency, you have a private and public key. Losing the private key is nothing short of a disaster. There is no way of ever regaining it again. You will lose control over all the digital funds that you have amassed. The chances of hacking are extremely low, so you must be utterly careful with your crypto wallet.

3. The market of cryptocurrency is prone to dramatic swings

Similar to the existing share market, the cryptocurrency market too has its fair share of ups and downs. There have been years that when the price could not go over a single digit. But, there has also been a time between 2017-2018 when it witnessed the highest peak. However, the fact that this market only exists in the digital space has deterred many from making investments here.

4. The international business made easy with cryptocurrencies

If you have a business on a global scale, won’t a decentralized economy work better? You do not have to worry about borders, conversion rates, and anything else. Just imagine the time that you could save!

Cryptojacking is using someone else’s personal and business computers and related resources for the malicious intent of unauthorized crypto mining. The software which makes this possible is difficult to identify and has thus become quite popular among cybercriminals.

To make sure that you are not being exploited for the gain of the criminals, you must remain updated about the news of the world of cryptocurrency. Look out for overheating, performance issues, etc.

6. Cryptocurrencies have been banned in some nations

While most of the countries are still debating whether or not banning the cryptocurrency will be fruitful, there are some nations that have already taken the plunge. If you belong to Algeria, Nepal, Bolivia, Cambodia, Ecuador, or Bangladesh, you cannot deal in cryptocurrency. Moreover, you also cannot make any trades there using digital currency.

7. Physical bans on cryptocurrency are not possible

The major issues attributed to government resistance are the funding of terrorism, loss of control, and central banks going bankrupt. But, even if the ban is implemented, it is not possible physically to put a stop to this. It is due to the fact that getting a crypto wallet is not a big deal.

8. More success for eCommerce due to cryptocurrency

Just imagine the growth of eCommerce if you could make payments in cryptocurrency? The result would be a major influx of cryptocurrencies and the widespread popularity of eCommerce. It could even help consumers in developing countries. Due to the decentralization feature, the possibility of this happening is not actually absurd.

9. China has the majority control over cryptocurrency mining

Cryptomining or cryptocurrency mining is the procedure that involves adding transactions to the public ledger. It is undoubtedly a business that brings in massive profits. And as of now, China has control over more than 75% of the total mining area.

Knowing these facts will help you to deal with the cryptocurrency market on a better level. However, due to the ever-expanding nature of this digital currency, you can start the study of the market anytime. More and more enthusiasts discover something interesting every day.

Dominic Lill - July 8, 2020 0
We hope that nobody ever told you that investing in the cryptocurrency market would be easy. If they did, they were liars, and you...