When the topic of gambling is on the table, most people hardly think of the positives that come with it. The activity is often associated with addiction, which is an undeniable modern-day crisis for millions around the world.

When undertaken without caution, the activity often leads to poor financial decisions, strained social relationships, struggling mental health, and in extreme cases, suicide. However, like most things in life, gambling does have a flip side that comes with a lot of positives. Here are some of the positives of gambling that you probably did not know about. 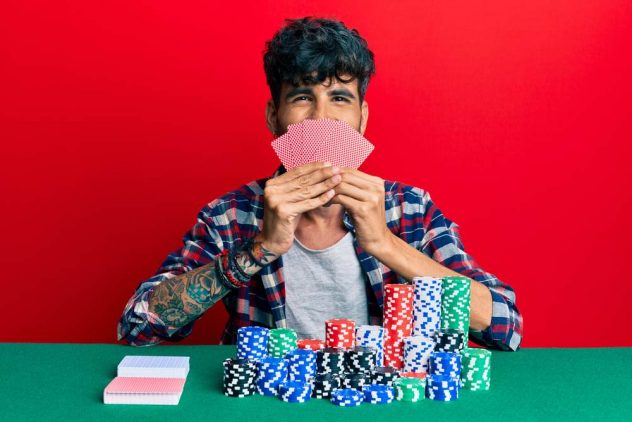 Gambling is a major industry in numerous regions across the globe. Most of these jurisdictions moved to approve commercial casino gambling to use it as a tool for economic growth, which has worked like a charm. Some of the countries that benefit massively from this industry include;

Australia records the highest percentage of gamblers with about 80% of the adult population engaging in the pastime one wat or another. Although problem gambling is a serious health issue in the country, casinos are a significant source of its revenue. In the past decade, the industry has accounted for more than 7% of state and territory taxation revenue.

The Northern Territory brings in most of the numbers with more than 12% while the Western region has the lowest rate of about 2% to 3%. Each year, gambling review amounts to more than 20 billion dollars, and the figure keeps growing. The revenue is mostly accrued from online casinos, but brick and mortar gambling dens bring in their fair share as well.

The UK is referred to as the model jurisdiction for gambling thanks to its thriving industry that is also heavily regulated. With the help of the UK Gambling Commission, the region has put laws in place to protect gamblers and service providers, which has seen the industry thrive in the past fifteen years. In the past decade, the gross gambling yield in Great Britain has ballooned from a little over 8 billion pounds to about 15 billion pounds. Remote gambling, which is conducted in online casinos, rakes in the most revenue of about 5.5 billion pounds per year.

Gambling machines and sports betting bring in about 3 billion pounds each while land-based casinos account for more than one billion. Arcade and Bingo are the least lucrative with returns of around 430 and 670 million pounds, respectively.

The United States also has a thriving gambling economy, and its revenue is mainly sourced from brick and mortar casinos. Nevada, which is home to legendary Las Vegas, is the largest gambling market in the country. Casinos in the region capture about $10 billion in adjusted gross revenue every year.

Atlantic City gambling dens follows with about $4 billion while the Illinois and Missouri riverboats capture $1.8 billion and $1 billion, respectively. The United States has yet to embrace online gambling as well as other regions with thriving gambling industries. Still, several states like New Jersey have moved to legalize the activity with others working to do the same.

Canada is another country benefiting from a thriving gambling industry with online and offline casinos doing well within its borders. In 2019 alone, the government indicated revenue of about $2.51 billion to $2.65 billion. These figures have been rising ever since, which suggests 2020 has been an even bigger year for the niche.

The gambling industry creates thousands of steady jobs, especially for those in the minority class. Some of these jobs focus on both location-based and online gaming dens, while others are particular to one niche. Some jobs offer as little as $40,000 while others go even higher than $200,000 annually. Some of these income opportunities include;

A source of happiness

Research conducted by Southern Illinois University and other institutions shows that gambling is linked to improved moods and happiness. When undertaken within healthy limits, both personally and financially, casino games (especially free slots) offer a gateway to relaxation and entertainment. It is advisable to gamble using only funds that you can afford to lose to maintain the element of fun. The experience is taken even a notch higher when enjoyed in a group of friends or other people that enjoy the venture in location-based and live casinos.

Some forms of gambling allow players to pick up mental skills, both consciously and subconsciously. When playing games like roulette with strategies, the brain is tasked with keeping track of patterns and numbers. Sports betting also demands mental attention when assessing different odds to determine which teams or results deserve stakes. These skills are applicable in real life where one can be more attentive to patterns around them and carrying out complex strategies to achieve a goal in the long run.

While the winning odds in gambling are slightly stacked against the player in favour of the casino, some people do win significant payouts. There have been cases of gamblers collecting life-changing amounts in both online and land-based casinos. Lotteries are known to offer the biggest wins of all gambling games, and the most massive amount ever awarded is $1.586 billion, which was split three ways. The second highest lottery win amounted to $1.537 billion, and it went to one winner.

Gambling comes with a lot of positives when handled the right way. However, it still has its downsides, among them being problem gambling. It is recommended to indulge in the activity with caution to avoid falling victim and get the right help if you do.