There are many examples from various entertainment areas showing that we like to be scared from time to time.

The evidence lies in the horror-themed chambers in amusement parks, gore-filled video games, and all that we love about Halloween. You might wonder why there are so many horror movies being released regularly. Quick answer – the audience just wants to feel the adrenaline rush. 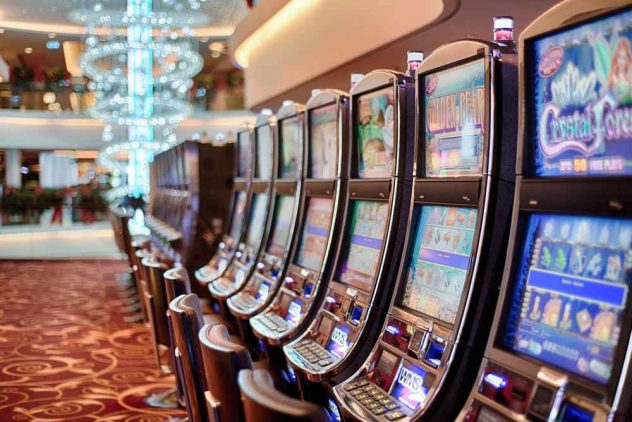 The gaming industry surely adopted the concept very well for its purposes, too, and among the many genres, the horror theme is one of the most popular, and that’s true for slot machines as well.

To be good at playing slot machine games, you have to possess some knowledge on how to win at slots and consider a few essential factors about them. But to enjoy the games, you just have to find your favorite, so here are a few examples of interesting horror-themed slots to pick from.

As long as you follow specific rules, a story in any horror movie or a game can be anything you want. With that said, some iconic motifs are often used. It is almost a guarantee of success. A lot of slots are based on what we know and love. And if what you love involves vampires, then Transylvania Slot might be a perfect fit.

It could very well be one of the most engaging games to be found on the internet. It makes you feel as if you were stuck in an abandoned castle and have to spin your way out, facing vampires and werewolves along the way. Landing at least three Haunted Houses symbols activates a round of twelve free spins with up to a 10x payout multiplayer.

A similar goes for Dracula – one of the NetEnt’s flagship slots. The infamous Transylvanian prince is situated on the left side of the reels. He transforms into a group of bats when the Bat feature is activated.

The same developer came up with another idea to revive the classics. Frankenstein offers some advanced features. Linked Wilds that can manifest themselves in the main game and free spins rounds extend over two or more adjacent symbols. It has the potential to earn some serious coin.

People often look for something they know. That is why games that include the familiar elements are so popular. A true horror fan is accustomed to at least some of the greatest movies from the genre. There is no shortage of slot games based on the most commonly known films, too so why not horror?

One of the best examples of psychological horror with a shocking twist ending is Hitchcock’s Psycho. The 1960 classic has been immortalized in a captivating slot game. Psycho is all about the background symbols: the Bates Motel sign, the shower curtain, and the stabbing knife that activates wilds. Let’s not forget about the accompanying memorable music.

A couple of notable mentions for film-dedicated slot games may include A Nightmare on Elm Street, which is based on the 2010 remake of a well-recognizable movie featuring equally recognizable Freddy Kruger.

Lining up five of his character symbols wins a nice 10,000x jackpot bonus. The other slot worthy of some attention is Ghostbusters, named after a film, that is a unique mixture of horror and comedy. Everybody who grew up in the 1980s will enjoy seeing the iconic ghost such as Slimer and Stay Puft Marshmallow Man again.

How to Run a Successful Online Bingo Brand