As much as the UK has a booming capitalist economy, we still tend to see America as the king of capitalism. This is not necessarily because we believe that they are good at it, but rather because they take it to an extreme. Whereas health care is free here because it is a basic human right, the healthcare system across the pond is a massive for-profit industry that bankrupts regular people as the country’s health worsens.

The COVID-19 pandemic has made us reevaluate just how much we put money above humanity. We’ve watched as the government has tried to stop providing free meals to children even as their parents have lost jobs that didn’t make ends meet in the first place. So while it is tempting to see our American cousins as overvaluing numbers on a page, the reality is that we’re not so different. 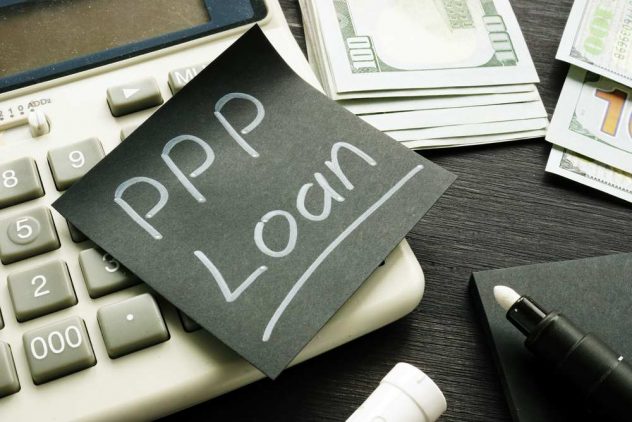 It is interesting to compare how two nations which have prioritised their economies have treated the smaller businesses. What exactly has America done for its SMEs? Are SBA PPP loans better or worse than our own Coronavirus Business Interruption Loan Scheme (CBILS)?

What are SBA PPP Loans?

The Paycheck Protection Program (PPP), administered by America’s federal Small Business Administration (SBA), was initiated in March 2020 in response to the shutdown of the economy due to COVID-19. The original “First Draw” PPP loans were provided to individual contractors, sole proprietors, and American SMEs to help with paychecks even as business slowed or came to a stop.

These loans are still available to businesses that have not yet received an SBA PPP loan. In essence, they work like any other loan that needs to be paid back. However, the SBA guarantees these loans so as to make them accessible. They have a mere 1% interest rate and, in certain cases, loan forgiveness or deferment will be granted.

In theory, these loans were exactly what was needed by American small businesses. In practice, rollout came with a few bumps along the way. One of the main issues was the reported issuance of PPP loans to big companies or companies owned by influential senators or government officials.

That said, the SBA reported in June 2020 that PPP loans had saved over 50 million jobs. While there may have been some corruption behind the scenes, it would have been the exception rather than the rule.

The problem with the first round of SBA PPP loans was that the crisis continued far longer than anticipated. Once the US economy started to reopen, individuals and groups optimistically assumed that the storm had been weathered. As the whole world has subsequently learned, we all exhaled far too soon.

This led to many businesses becoming unsustainable as the months passed. Businesses could still apply for the first round of loans, but those that had already received funding were out in the cold. Unfortunately, more loans were not forthcoming until January 2021, when the SBA PPP relaunched with Second Draw loans.

SMEs that received PPP loans in 2020 can apply for Second Draw loans of up to $2 million as long as they can prove that their original loan went where it was intended, among other requirements.

Due to the extended period of time that has passed, the SBA PPP has had mixed results. Many businesses have been saved, ensuring millions of people have kept their jobs. However, many businesses only managed to hold on a little longer, until time and new lockdowns made them unfeasible.

As yet, there is no official data on how many American businesses have closed due to COVID, but some sources report that between 160 thousand and 300 thousand businesses had closed by September. That’s 800 small businesses closing every day.

Clearly, the Paycheck Protection Program, as effective as it was both in theory and practice, was not nearly enough as the pandemic dragged on.

Let’s compare it to the UK’s Coronavirus Business Interruption Loan Scheme (CBILS). How has the CBILS performed and what can we learn from the US?

The CBILS is similar to the SBA PPP in that it provides loans with government guarantees. The borrower is responsible to pay back the amount, but loan forgiveness is possible and terms are made favourable. One difference from the PPP is that bigger companies can apply for CBILS loans of up to £5 million.

Interest and fees are paid by the government for the first twelve months. Lenders have pledged to guarantee loans below £250,000.

For businesses that require small loans, the UK implemented the Bounce Back Loan Scheme (BBLS) in May 2020. With the BBLS, loans of up to £50,000 are available, with no fees or interest in the first year.

Unfortunately, while the CBILS and BBLS provided many businesses with a lifeline in 2020, they were meant as much more temporary measures. With new lockdowns, SMEs across the UK are struggling and many are closing permanently.

Technically, it is possible to get a second loan from these programs. However, this is only if your business did not get the maximum amount it was eligible the first time – or 25% of its turnover.

That leaves SMEs battling to see the pandemic through. There will no doubt be many more business closures without a new round of funding.

The UK can take note of the progress of SBA PPP loans in 2021. We are yet to see just how much of a difference they will make and will likely only get a clear idea of it later on this year. However, our institutions can monitor the survival of American capitalism even as more funding is provided.

The government needs to consider just how much the UK stands to lose if our small businesses crumble over the course of the year. In the end, it could be exponentially worse than the projected expenditure of a second round of loans.

Beat the debt: 6 tips to manage your student loan

Tips on how to get the best low-interest loans