The Robinhood trading platform has been designed to appeal to the millennial and Gen Z demographic, through their zero brokerage and commission charges. The trading platform has garnered immense popularity since its inception almost 7 years ago and has an active userbase of over 13 million.

While Robinhood has a zero commission model has allowed it to emerge as a distinctive platform for young traders, the remote lifestyle and GameStop’s short squeeze have contributed to the platform’s popularity in recent times. 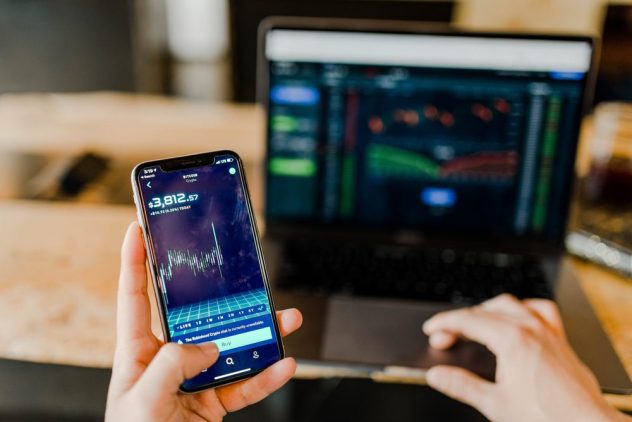 After becoming one of the most used trading platforms in the United States, Robinhood was eyeing foreign expansion and has initially planned to launch its platform in the United Kingdom in July 2020. However, the increased federal scrutiny coupled with the pandemic-induced disruption has caused the platform to postpone its UK launch indefinitely.

Given Robinhood’s revenue model and the ongoing controversy regarding the trading volume, this might not be such a bad thing.

Robinhood’s zero brokerage business model begs the question regarding the company’s profit-generating methods. While a portion of the platform’s revenues come from the uninvested cash margins and its subscription-based model Robinhood Gold, the majority of its profits come from selling the order information to institutional traders. This controversial model has amassed scrutiny from federal regulators.

On 17th December last year, the Securities and Exchange Commission (SEC) fined Robinhood $65 million for misleading customers regarding its primary sources of revenue, as well as failing to provide optimal execution prices to traders. Robinhood faced a similar situation in December 2019, during which the Financial Industry Regulatory Authority (FINRA) levied a $12.50 million penalty for violating the best execution obligations.

On a more recent note, Robinhood received backlash for restricting trades on GameStop and AMC Entertainment Holdings over the last two weeks. Given the higher trade volume of these stocks, the SEC as well as Tesla CEO Elon Musk called out the platform for restricting the trading limits to one share.

Robinhood CEO Vlad Tenev cited liquidity and leverage crunch as the main motive behind imposing such trading limitations on 13 stocks, as the National Securities Clearing Corporation demanded $3 billion for the processing of the increased volume of orders.

The trading platform eased its restrictions to 20 shares per account from 1, after securing a $3.4 billion funding over the past couple of days. While the company is actively working towards increasing its margin requirements, it is yet to uplift the stringent restrictions on the heavily demanded Robinhood stocks currently dominating the markets.

Thus, while the Robinhood platform has become a go-to platform for retail traders in the United States, the recent backlash and inherent limitations of the company has made it the subject of scrutiny from investors and federal regulators alike.

It does not levy any dealing charges on mutual fund trading, while equity dealing costs are calculated based on the deals conducted in the previous month. For 0-19 deals, Lansdown charges £11.95. For 10-19 deals, the dealing charge is £8.95, and for 20+ trades, the charge is fixed at £5.95.

The trading platform has annual maintenance charges (AMC) directly proportional to the holding balance of traders, it does not charge for opening an account or holding cash. For total funds up to £250,000, Hargreaves Lansdown charges 0.45% of the available balance as AMC.

For £250,000- £1 million, the trading platform deducts 0.25% of the fund balance, and for £1-2 million, it charges 0.1%. The company foregoes annual maintenance charges for portfolios exceeding £2 million.

Headquartered in the Netherlands, Degiro is one of the fasted growing brokerage companies operating in the European region. It is known for its relatively low commission charges and offers access to domestic and international securities trading options to account holders.

Degiro does not have any account opening and annual maintenance charges. However, it has a distinctive equity dealing charge, which includes a base cost and a percentage charge, depending upon the number of shares traded. The company levies a differing dealing fee depending upon the country/ stock exchange.

Degiro’s base charge can go as low as £0.50 for trading securities listed in US exchanges. Its highest base charge is £10 levied on stocks picked from Australia, Hong Kong, Japan, and Singapore stock exchanges.

With active trading volumes rising significantly as the stock markets remain bullish amidst the staggering real economy, trading has racked up significant popularity globally. Moreover, the stringent lockdown imposition across the UK and European regions with the discovery of the new strains of the virus has contributed to the rising trading volume, as evident from FTSE 100’s 12.66% gains over the past year.

While the Robinhood trading platform will not be available in the UK in the foreseeable future, popular alternatives can help investors maximize their returns through lower-cost margins and stability.