Brexit is set to have a tangible effect on countless businesses across a range of industries and football in the UK is no exception. In this article, Peter Watton from OddsMonkey takes a closer look at some of the impacts we can expect to see over the coming months.

For football clubs, it’s fair to say that Brexit has taken a bit of a backseat over the last year as they’ve dealt with a global pandemic that’s seen players test positive, leagues suspended, and fans banned from stadiums. However, with the outlook for COVID-19 looking a bit brighter and the UK’s Brexit transition period ending on the 31st of January, the realities of leaving the EU have started to hit home. 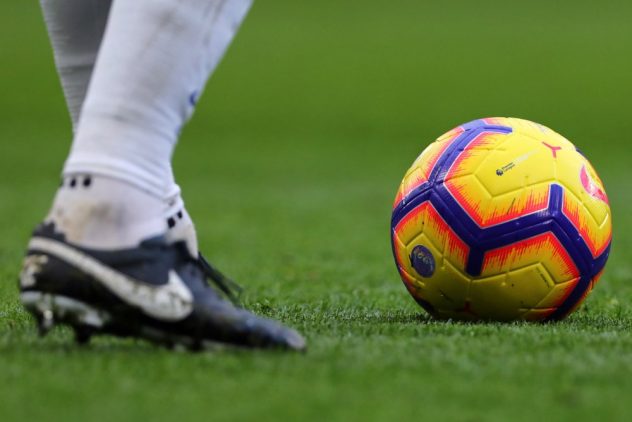 In the past, football in the UK has thrived off the country being part of the EU. The free movement it allowed has seen players and staff from all over the continent work together within a cosmopolitan approach — to great success. Almost every single professional club has benefitted in some way from European immigrants being able to easily play for or coach their team.

Brexit has changed all of this. New rules brought into play on the 1st of January now determine that players and staff require visas to work in the UK, which will make things significantly more difficult. But recruiting talent isn’t the only issue that will now impact football, and teams will have to adapt if they want to experience success. Below, I’m going to provide an outline of some of the Brexit-related issues that clubs are facing.

The new rules put in place by the FA will see players and staff from European nations need a working visa to be able to play or coach. Players and staff will need to earn a certain number of points to attain a Governing Body Endorsement (GBE), which is crucial if they want to get a visa. For players, points are awarded based on where you have played previously, for how long, and at what kind of level. For coaches, they need to have worked a minimum amount of time, possess a UEFA Pro license, and speak a good level of English.

This new approach will mean a number of things for transfers and recruitment. Firstly, it should still be possible for English clubs to sign top players from top leagues, as they will definitely earn enough points in the system. Things get trickier when trying to bring in players that are nationals of a lower-ranked nation or from a club in a league from a lower-ranked nation, because these players may not earn enough points to attain a GBE. This threatens to pose a huge problem on clubs like Brentford, Watford, or Norwich, who have based their entire recruitment system on unearthing talent from less prestigious leagues and selling them for profit if they impress in the UK.

Likewise, coaches who want to work in the UK will be able to do so without much problem as long as they have previously been doing so in a highly ranked nation. However, staff who’ve been working in lower-ranked nations may find things more difficult. It’s also likely that new managers won’t be able to qualify for a GBE but also won’t be permitted to bring their entire coaching and support staff from their previous club, as a visa for a “Performance Manager” requires both a degree and extensive experience in top leagues.

Looking at the bigger picture, we’re likely to see a scenario where top European players can still be signed, but middling players will find it harder. As a result, there’s probably going to be opportunities for more UK players to develop with less squad competition from European players. The transfer value of these footballers is also likely to increase, as clubs compete for the best talent to fill their squad. Some clubs who haven’t prioritised the development of UK talent will need to quickly adapt or be left behind by others who excel at it, while lower league clubs who can’t afford to purchase top foreign or UK players will be forced to focus on developing their own.

We may also see more partnerships forming between clubs, where young players who would not qualify for a GBE are sent to an intermediary team in a top European league until they have the necessary experience to get one.

We’ve already mentioned the challenges clubs will face with recruitment in the coming years, but it is also worth thinking about the economic impact that it will have on football.

Before we look at this, it’s important to understand just how much football contributes to the UK economy. The Premier League alone has generated £3.3 billion in tax in each of the last three years and makes up £7.6bn of the UK’s Gross Domestic Product (Premier League). In addition, more than 700,000 people come to the UK each year with the purpose of visiting a Premier League club. It’s also key to point out that football adds so much to local economies for teams not based in huge cities. Even at the top level, the likes of Burnley, Brighton, and Sheffield have benefitted from football tourism when they aren’t widely known as international destinations.

Brexit threatens to put a spanner in the works for football in the long-run. Not only are clubs going to find it harder to continue having truly international squads and staff, but leaving the EU in itself risks sending out a negative message to the international football community. Now, European players and staff who’ve been freely welcomed as if they were UK nationals need to undergo very rigorous paperwork just to work here. Add into this mix the general anti-European sentiment that has caused racism and xenophobia to rise (Opinium) since Brexit. It’s now easy to see why top European players may think twice before choosing the UK over other destinations to ply their trade.

If the talent does dry up, the appeal of seeing top European players in the UK could dry up as well. For one, those 700,000 football tourists who come to the UK to watch the Premier League each year may think twice about visiting the country, and the international audience who tune in to see the world’s top stars may dwindle. This could mean that football tourism begins to die out, removing a lot of spending that contributes so much to the UK economy — those football-reliant local areas would also find themselves missing a lot of extra funds. There’s also a risk that TV companies will judge the value of the UK’s football to have dropped and refuse to pay the huge fees they currently do for broadcasting rights, depriving many clubs of essential revenue they have come to rely upon. This would also reduce the ability of those teams to spend and contribute to the economy as a result.

Value of the pound

Another way that Brexit could impact football is through the value of the pound. On the day of the Brexit vote (23rd June 2016), GBP was worth €1.31 on the strength of an expected “remain” vote (Statista). However, the value plummeted when it became clear that the “leave” vote was to win, and has never quite recovered — at the time of writing it sits at €1.16 (XE).

For UK football clubs, this means that their spending power on the continent has been reduced significantly as a result of Brexit. For instance, a £10 million transfer fee in 2016 would have been worth €13.1 million, but now will only be worth €11.6 million. Considering the vast sums of money that are paid for the best players now — the world record is £198 million — the impact of such a reduction in value could be extremely significant. Simply put, UK football clubs now have a lot less buying power than before Brexit as they have to pay more to match European teams.

If the impact of Brexit was to continue to be negative, and the pound weakened further, then we could end up seeing the buying power of UK clubs reduced to the point they can’t afford to import the best players. On the other hand, if things improve and the pound does well against the euro, we could see a return to previous levels.

As you can see, Brexit is set to impact the UK’s football sector in a number of ways. It’s important to remember that the full ramifications of the country leaving the EU are still to be realised, so these effects could be much better or much worse — only time will tell.

Businesses most affected by COVID-19 in the UK