March Madness is one of the most exciting sporting events of the year, where 68 Division I college basketball teams battle it out in a single-elimination tournament. From the second week of March to the first week of April, March Madness grips the nation with insane buzzer-beaters and improbable Cinderella stories.

March Madness officially starts on Selection Sunday (March 14), where teams are allotted seeds based on their ranking during the regular season and critical factors, including the strength of schedule and conference record. Also, each conference winner is given an automatic bid into the tournament. The top four teams will be awarded a No. #1 seed, the next four No. #2 seeds, and so on up until #16. 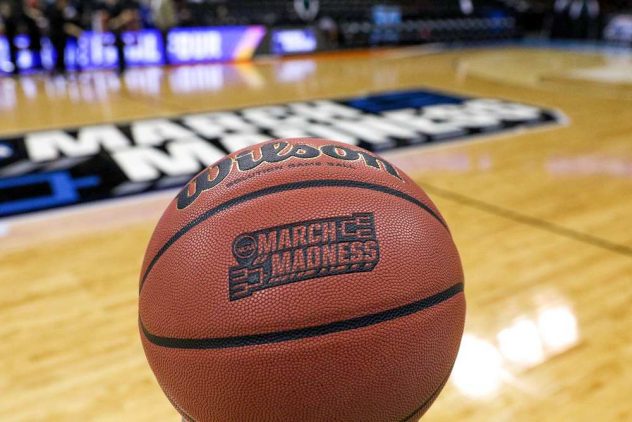 A question posed by many captivated sports fans is: Can I bet on it, and how? The answer is a resounding yes, and there are multiple ways to do so. The first is by joining a bracket pool. The tournament is seven rounds of single-elimination matchups, and if you most accurately predict which teams will be most successful, you could be in contention for a big payday.

ESPN offers an online platform that allows you and your friends, colleagues, and associates to join a private league, enter your bracket(s), and eventually crown a champion. ESPN tracks March Madness brackets using a 10-20-40-80-160-320 scoring system, meaning you get 10 points for every first-round matchup correct, 20 for every second matchup correct, and so forth.

Ultimately, you get rewarded for having a more accurate Elite 8, Final Four, and of course, National Champion. Even more, ESPN offers an $18,000 prize and four tickets to the Final Four to the top bracket entered in their competition.

Another way to bet on March Madness is by placing prop bets on a sportsbook before the tournament begins. Vegas assigns betting odds for each team’s chances of winning the tournament. Currently, Gonzaga and Baylor, both undefeated on the season, sit at co-favorites (+300).

If you’re high on a team but not sure if they’re capable of winning it all, there are bets for that too.

After the seeding is completed and the bracket is released on the 14th of March, some sportsbooks will give the option to take a team to reach a specific stage of the tournament.

For example, Wisconsin to make it to the Sweet 16. Even though the payout will not be quite as intriguing as picking the winner, if you see a team that you think will cruise through their early rounds before running into a powerhouse, that prediction could prove very profitable nonetheless.

Once you are signed up and deposited with a quality sportsbook like the two listed above, you will have the luxury of betting on individual games during the tournament. This is ideal for a situation where you spot an edge on a specific matchup but do not trust a team’s prospects beyond that game.

You can bet money lines, spreads, and even venture into live betting if you feel a team will make a comeback. However, it is essential to be selective with the number of picks you make and adequately manage your bankroll.

Tips for betting the tournament

Now that you know the ropes, here are some quick tips before you enter the fray. First, look to spot teams with momentum heading into the tournament. This includes teams who make a deep run in their conference tournament, essentially playing their best basketball of the season in March.

Next, while regular-season records matter, don’t use them as your golden standard for betting. For example, Illinois (16-6) has an underwhelming record. They have had arguably the toughest schedule of any team in the country. They’re a dynamic team with only one loss outside the top 2 boasting a Top-10 offense and Top-15 defense, led by highly touted NBA prospects Ayo Dosunmu and Kofi Cockburn.

On the other hand, a team like Virginia (14-3), who have an elite record, have not had the strongest of schedules and got dominated by the one Top-25 team they played. Although they have an improved offense and quality defense, their lack of play against top competition is concerning.

Lastly, look for teams who have proven defenses and who have shown success winning tight games. March Madness brings out serious nerves, and one poor shooting night will likely spell the end of tournament dreams for teams that do not have a sound defense and experienced players to fall back on their team.

Besides, teams who have shown that they have a clutch factor during the regular season are more comfortable down the stretch of wire-to-wire tournament games.

Follow these tips, and you will be in for a fun and profitable March!

What’s next for UK sports betting?

What do gamblers and entrepreneurs have in common?