The UK does not have a history of being a conducive environment for a healthy and prosperous CBD market.

But now that the global cannabis movement is in full swing, the British government may have to evaluate its current standing on issues regarding the selling and production of cannabis-derived products. If it does not, the UK may have to incur the costs of falling behind in what could be a potentially multi-billion dollar CBD market. 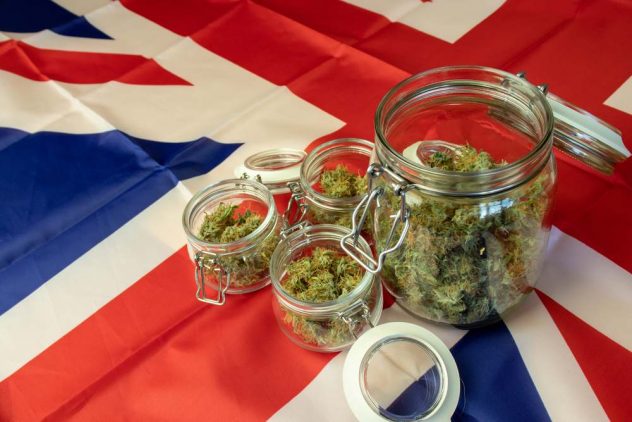 While CBD is only one of over a hundred different chemical components in the cannabis plant, its success still relies on the efficient and productive cultivation of hemp. Unfortunately for the UK CBD market, hemp production is still quite restrictive.

One does not have to look further back than 2019 to witness the destructive, hypocritical nature of current UK hemp legislation on the production of CBD. A pair of Oxfordshire hemp farmers were forced to eradicate 50 acres of their crops after being told by the Home Office that they were no longer allowed to harvest their plants for cannabis oil. While the two farmers reiterated the quality and honesty of their multi-year relationship with the Home Office, the sudden change in policy was all it took to bring their business to a standstill. The irony of this situation is that the two agriculturalists possessed a hemp farming licence. It just no longer met the strict circumstances of legal cultivation.

In the United Kingdom, a hemp licence, as demonstrated by the aforementioned Oxfordshire business, does not promote a healthy CBD market. If anything, it prevents its existence altogether. Currently, Cannabis is listed as a Class B controlled drug in Schedule 1 of the Misuse of Drugs Regulations 2001 as well as the Misuse of Drugs Designation Order 2015. Both of these mandates restate how hemp production, commercial or otherwise, has to be restricted. The reality of the restriction means that only the seeds and stalks of cannabidiol can be grown and harvested. Everything else, including all the leaves and buds, must be destroyed and disposed of immediately. By destroying the flower, one also removes the opportunity of extracting any amount of CBD essentially making it an illegal market. However, the hypocrisy of the British government would say otherwise.

UK law eliminates the opportunity of a national CBD market

If one were unable to legally grow, cultivate, and extract CBD oil, one would naturally assume that an individual cannot sell it. But they would be wrong. While British farmers are prohibited from contributing to the supply-side of the CBD market, national vendors have been able to see the product on a massive scale.

According to the Cannabis Industry Journal, up to 8 million people in the UK use CBD for its health and wellness benefits every year. The sales from this market alone already eclipse those of Vitamin C by almost threefold. Though the UK CBD market sits at a net value of about £300 million – a figure CBJ predicts will be tripled within the next five years. So, how can a CBD market exist if the product is technically illegal to produce? The reality is that is a very good question because there is no real answer.

Most British high street shops sell CBD or CBD-based products across the majority of the UK, despite local production being essentially non-existent. This means that the demands of British consumers have helped fuel an industry in which there is no local competition. Considering yet another ramification of Brexit, an import-only system sounds like a huge missed opportunity and a massive cost. If non-British producers are developing products for the British market which British consumers can buy and sell, then it may be redundant to limit CBD extraction.

The one bright side of all this unnecessary hypocrisy is that the British CBD market, as it currently stands, presents an incredible opportunity for a market that is lucrative and sustainable.

The growing potential of the UK CBD market

In a recent 2020 report, the multi-billion dollar global CBD market was predicted to reach $9.3 billion by the end of the year. Considering this market was worth just half of that two years ago, it is not unreasonable to expect this market to challenge several other massive markets in the health and wellness industry. Even without a supporting national product, the UK CBD market is expected to hit £1 billion in the next four years.

If you are looking to invest in a market that is only on an upward trajectory with a relatively low buy-in, then you seriously consider CBD.

The cannabis industry and COVID-19