The Gold Cup is the flagship event of not only the Cheltenham Festival, but the entire National Hunt season.

Its prowess within the racing community is there for all to see and with that, there are huge sums of money changing hands at all levels of the game. So, what makes the Gold Cup such a big event? 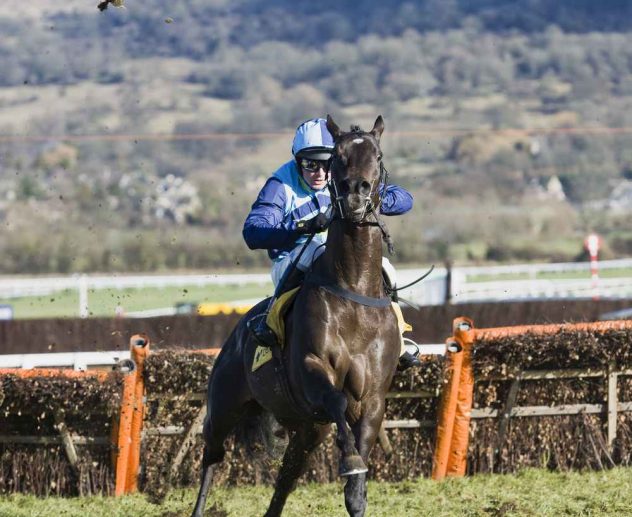 While it’s true that the Grand National is the most famous horse race of all, and attracts the most money from once-a-year bettors, the Gold Cup is truly the top event in jumps racing.

While most of the revenue generated by the Grand National stays in the bookmaker’s coffers, the funds wending their merry way through the National Hunt horse racing ranks connected to the Gold Cup are huge.

The reason this race is so valuable is that it is considered, quite simply, to be the best race on the calendar. A Grade 1, those participating in the Gold Cup need to be of the highest class.

The fact that it is run around Cheltenham’s New Course means that speed is needed to stay in contention, top-class jumping is required over a tiring 22 fences, balance is paramount coming round the bend and down the hill before outright stamina takes over as the winner stays on up the hill towards the finish after a gruelling three-and-a-quarter miles.

A bit of everything is needed to win this race, meaning the best breeds are required with owners, breeders and trainers willing to spend big to find the next Gold Cup hero.

Trainer’s careers are very often judged by success, or lack thereof, in the Cheltenham Gold Cup.

The Gold Cup is a massive betting race with tens of millions of pounds traded on the event on course, in the betting offices and especially online.

Despite it not being a handicap like the National, it’s rarely simple to pick the Gold Cup winner. Horses are trained to peak at the Cheltenham Festival, so therefore punters cannot simply use past form to make their assessments.

The Gold Cup, therefore, is hugely competitive and that’s what attracts punters. Cheltenham Gold Cup bets and odds are among the most competitive in fact during the whole season, the millions changing hands retaining an interest in the sport among the masses which in itself funds a wealth of things, even ultimately keeping people in a job.

Where the Gold Cup’s money comes from

While flat racing prize money dwarfs that of jumps racing, the Gold Cup is still incredibly valuable. Ordinarily, the prize fund for this race tops some £600,000 with more than £350,000 going to the winner.

That purse is drawn from a number of areas. Owners are required to pay entry fees at various nomination stages to have their horse engaged in the Gold Cup, so long as the animal meets the numerous criteria set out by the British Horseracing Authority.

On top of this, the levy fund means that money is brought in via bookmaker’s profits and then distributed to the racecourse owners. TV rights also help fund the race, while even race day income remains hugely important with around 50% of all racecourse revenue still coming by way of punters entering through the gates.

Because of COVID-19 and the associated lack of crowds at racing, it was always going to be the case that prize money was to take a fall this time around. The biggest blow to the 2021 Gold Cup was of course the loss of the race’s previous sponsor, Irish cider company Magners.

The Gold Cup lost its sponsorship lost last year when Magners decided to end the partnership it had been part of since 2018, however this has turned out to be somewhat of a good news story for the sport as a whole.

Magners were a valuable contributor to prize money in this race, however, for 2021 Cheltenham has struck a deal with children’s charity WellChild instead.

The agreed prize money for this year had been advertised as being £468,750 which stays the same with WellChild’s involvement. The charity is based in Cheltenham itself and, despite being needed now more than ever, has lost more than 60% of its yearly income due to the pandemic.

With the race title of the WellChild Gold Cup about to be announced numerous times on live television to millions of viewers, the charity will get a major boost to its finances while racing retains the prize money levels needed to continue to attract the very best horses to its flagship steeplechase.

The state of the UK gambling industry in 2019

Long shot or safe bet? The opportunities in gambling affiliation