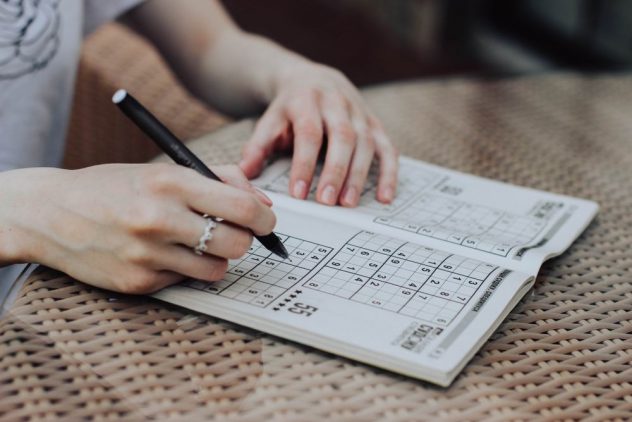 Sudoku is a classic game that you can play to bust boredom and there is nothing else to do. It is not only a fun game that makes you immersed in the game but also a challenging game as some of the Sudoku puzzles can be very tough, or as they term it as “evil” to solve in Sudoku Evil level.

When you are alone and getting bored then Sudoku might be a good choice for games that can bust boredom. Due to the fact that it is a game that makes use of your brain, it can become very challenging and interesting and a good option to bust your boredom.

Just like Sudoku, Crossword puzzles are another good choice to kill off your boredom and you don’t need anyone else to play Crossword. You can easily find crossword puzzles in daily newspapers and there are tons of websites over the internet on which you can Crosswords.

Crosswords puzzles are also of different difficulties and some of the Crosswords are very hard to solve. It is a classic game yet a good one to kill off your free time when you’re getting bored. Once you start playing Crosswords, you will definitely enjoy playing them on a regular basis.

All of us have played Solitaire games at some point in our lives especially when home alone and nothing else to do. These classic card games still remain popular to this date and are a good choice to play when you’re getting bored.

The classic Solitaire, Free Cell, and Spider Solitaire are the three of the most popular solitaire games that are also part of Microsoft Windows games.

When you are getting bored then playing a Solitaire game to kill off your time and bust the boredom is a good way to do so. These games are not only addictive but also relaxing and a great choice to bust boredom.

Dominoes are another good option by which you can bust off boredom. People who are familiar with Dominoes as a table game will know how fun it is to play Dominoes.

There are a couple of online dominoes games available through which you can not only play with the CPU but also with your friends and opponents from around the world. Dominoes can become very fun to play especially if the player that you’re playing against has a good knowledge of the game.

Next time when you’re getting bored then you can Dominoes to kill off your boredom. It will definitely help bust off the excessive boredom.

Rock, Paper, Scissors, a game that all of us enjoyed playing in childhood is also a good choice for games to bust off boredom. This is a game for two or more people where the player with the strongest gesture wins the game.

When you are with friends then it can become very fun to play and it kills off the boredom. A classical game that brings back the memories of childhood is certainly a good choice to play when you’re getting bored.

Here’s why safecasinos.com is all the rage right now