In this article, we go through an explanation of blockchain technology, which is the foundation of bitcoin. We then discuss how bitcoin is mined to understand its profitability potential of mining bitcoin in 2021. 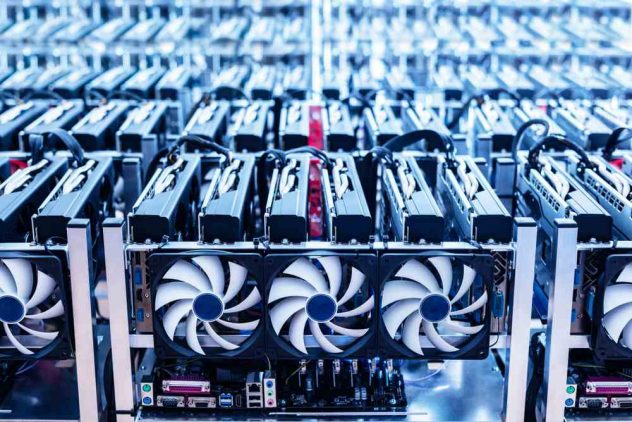 Bitcoin and subsequent successful cryptocurrencies, such as Ethereum, work because they function using blockchain technology. The technology was conceptualized in the 1970s. However, it was not fully realized until 2008, when Bitcoin was created.

The name, blockchain, is self-descriptive; blocks of data, indefinitely linked together, like the links in a chain.

Essentially, blockchain works as a shared database, much like a shared storage cloud. However, to make the information secure and unchangeable, adding to the bitcoin blockchain is computationally very difficult. This is because each block of data is linked to the previous block using a specific sequence of numbers, called a hash-sequence. It also has a timestamp, so each block of data is linked in chronological order.

Hashing is an encryption/decryption process that solves a puzzle using information from previous blocks and secret keys. This means that to add a new block to the chain, the next block must have some of the data from the previous block within it. This is performed by using the SHA-256 hashing sequence.

SHA-hashing is not something a human can do and must be performed by high-powered computers. Mining bitcoin is when computers compete to solve the complex hash puzzle of a bitcoin transaction.

When bitcoin mining began it could be done with a regular computer to solve the hash functions. But the design of bitcoin’s encryption becomes increasingly complex as more blocks are added to the chain. This is what is referred to as hashing difficulty. It means that the more Bitcoin created the more probability functions a computer must go through.

Difficulty is integral to maintaining the security and incorruptibility of the bitcoin blockchain. The code is designed to increase in complexity as computers become faster at solving hash functions. Increasing difficulty means that it will never be possible to confirm a bitcoin faster than every 10 minutes.

The delay is important for the integrity of the blockchain. This works in two main ways. The first is proof-of-work, and the second is the chronology of a continuous chain.

Proof-of-work means that before a bitcoin block is confirmed, there must be a consensus on the decentralized network. The network collectively approves transactions based on the ability of the node to demonstrate the work and results of the hash competition.

The network is incentivized to only confirm legitimate transactions for the shared goal of maintaining the security and validity of the bitcoin blockchain. Therefore, the proof-of-work and difficulty of the hash-function also ensure that forging a new bitcoin blockchain requires the consensus of the blockchain.

Because of the difficulty rate, this is almost impossible. Bitcoin takes an enormous amount of energy to mine, which is why most mining is performed by mining pools. To generate enough power to control the network essentially requires access to an unlimited amount of electrical power.

Presently, successful bitcoin mining is done by mining pools, which are a massive collection of high-powered computer nodes attempting to solve a function of probability. Around 65% of bitcoin is mined in China, where energy is the least expensive.

Some smaller miners participate in these pools and share the profits. However, if you want to be competitive you will need several ASIC Bitcoin Miners. These computers have incredible hashing power. Even still, it is guess-work and computational competition. So, unless you can invest in a major pool and spend about $5,000 a month in electric bills a month, mining is very difficult to profit from.

The best way to earn Bitcoins: What is cloud mining