The UK economy is of course of interest to anyone investing in the UK, even though some of the companies based in the United Kingdom are active in many different markets and do not rely solely on the UK economy.

Below, we will take a look at a few key economic indicators that can be helpful when trying to assess the health and strength of the UK economy and manage your investments in the UK. 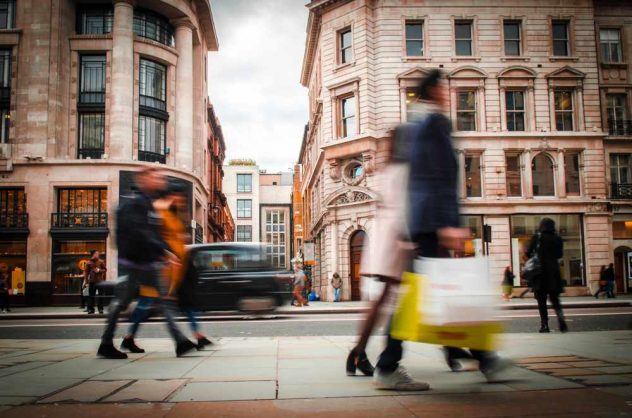 Tips! You can find several of these UK economy indicators at the Office for National Statistics (ONS), an independent producer of official statistics.

Changes in the Gross Domestic Product (GDP) of a country can tell us a lot about its economy, and the United Kingdom is no exception. Each quarter, the Office for National Statistics (ONS) issues three releases that you should keep an eye on; the preliminary first estimate, a revised second estimate, and the third and final number for the quarterly change in UK GDP.

As a UK investor, staying ignorant about UK inflation is foolish. One way to keep an eye on what’s going on is to check the monthly ONS reports for the Consumer Price Inflation (CPI) Index and Price Index. That way, you will find out about inflation at the consumer and producer levels.

Among other things, the report will show you the change in CPI monthly and over the most recent 12 months.

The British government and Bank of England use the CPI to make a wide range of decisions connected to their inflation goal, and to set interest rates for bonds. The CPI is also important for things such as indexing pensions, wages and benefits. This is of course very interesting for UK investors.

Read the Labour Market Overview report to find out about the UK employment market, including net changes in employment, unemployment, vacancies, economic inactivity, claimant count, average weekly earnings, and labour productivity. The report is issued once a month by the ONS, based on information from the Labour Force Survey (LFS). Important: The LFS is for a three-month period, not just for one month.

The production industries of the United Kingdom accounts for approximately 15% of GDP, and changes in production are regarded as one of the key indicators of the economy growing or shrinking.  The ONS publishes the Index of Production, a monthly estimate of output in manufacturing, mining and quarrying, energy supply, water supply, and waste management industries. ONS bases their monthly estimate on a monthly business survey comprised of roughly 6,000 businesses in the United Kingdom.

ONS get their figures from a monthly survey of 5,000 retailers, including all retailers that are big enough to have at least one hundred employees.

If you dig further into the report on Retail Sales, you will be able to see several other interesting pieces of information. This report does for instance display the four different retail sector´s respective contribution to sales growth, and each sector´s share of the money spent in the retail industry as a whole. (The four sectors are predominantly food stores, predominantly non-food stores, non-store retailing, and automotive fuel stores.)

Once a month, the ONS publishes a statistical bulletin named Public Sector Finance. This is where you find information about the UK public sector expenditure, debt, borrowing, investments, and receipts. It is a good place to start if you want to assess the public sector’s fiscal position.

Balance of Payments is not a monthly report; it only comes out four times per year. (It’s published by ONS.) In this report, you can find a lot of data regarding the trade between the United Kingdom and the rest of the world, including both goods and services. There is also data here regarding income, current and capital transfers, and transactions in UK external assets and liabilities.

How will Brexit affect your business?