Black Magic Software has two major products: DaVinci Resolve Studio and DaVinci Resolve Lite (free). If you are a director then DaVinci Resolve may be just what you need to make your movie dreams come true. There are plenty of reasons why this software is the best choice right now, but these five stand out as some of the best. 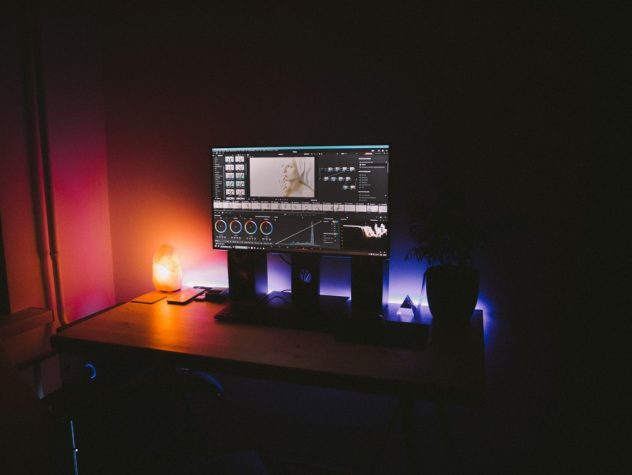 Black Magic Software has an intuitive interface that enables the user to have complete control over editing and post-production. For example, it offers a timeline which allows filmmakers to playback projects in real time with live preview for color grading or visual effects, without having to wait for rendering. The software allows you to edit in a non-destructive manner, meaning that filmmakers can freely move clips around on the timeline and make changes without having to be concerned about altering work.

2. Non-linear editing and digital color grading in one application

The editing is done directly on the original media with no need for rendering or transcoding which saves time and storage space. This is especially helpful when working on large video files as there are no delays like you would experience with traditional non-linear editing systems. Furthermore, Black Magic Software provides extensive support for file formats such as HDV – produced by Panasonic, XDCAM created by Sony and AVCHD from Canon cameras.

3. File save format (DNxHR) support for 4K and 2K delivery

The Black Magic Software provides an efficient and comprehensive format for editing in high resolution. This is important because it allows editors to work with the quality they need, without having to transcode or compress files at any point of production.

The DNxHR codecs are available as either a raw file type (DNxRAW) or an optimized version that contains only one compressed stream per frame – which makes post-production easier by allowing color grading tools from other vendors such as DaVinci Resolve Studio to make changes without re-rendering frames in order to accommodate downstream processing requirements. Editing can be done natively on the media itself which saves time when delivering projects at higher resolutions than HD.

The integrated media management tools with library browser allow you to easily find media within your Black Magic Design project and bring it into the timeline. The library browser lets you see all of the files that are available to select, including any nested folders or clips from other timelines. You can also search for specific keywords as well as import metadata information if desired.

Editorial workflow is made easier with customized collections systems which allow users to create custom projects on a per-project basis. This way editors can have different sets of sequences for each film they edit – so they don’t need to share their personal preferences between every project they work on and risk accidentally overwriting them when working with someone else’s sequence templates in future editing sessions. Timeline indexes make it easy to access footage by timecode without having to manually browse through folders.

Keyword searching and metadata importing and exporting are other key features.  The software has a library of common metadata tags which can be applied to video clips and audio files, so that they are searchable by editing tools.

As if these features weren’t enough on their own, DaVinci Resolve Studio is also extremely cost effective.  As the software is priced per seat, users do not have to choose between paying for an expensive license upfront and being able to use it on only a few computers.

At just $295 for a single seat, Davinci Resolve Studio’s price is an unbeatable bargain.  This software can be used on as many computers as there are seats available and all upgrades and new versions are included in the cost of each seat license.

The price of the software will pay for itself in a matter of days with just one small film project, and it is a cost-effective solution even when used by large editing departments on high budget films. Davinci Resolve Studio has an excellent ROI that makes its affordable pricing model well worth paying attention to.

Alternatively, you can also get your hands on DaVinci Resolve 17 (lite), absolutely free.  With this free version you still get access to editing, visual effects, motion graphics, color correction, and audio post-production.

Is the death of email about to change the office for good?

The latest and greatest software for entrepreneurs