Three consecutive (seemingly endless) national lockdowns have completely transformed the face of the private flyer market in the UK. According to Hill Helicopters, interest in private jet and luxury helicopter hire has boomed over the course of the past 12 months. As has the number of online searches being carried out by those with an interest in buying their own aircraft outright.

For those with the kind of cash needed to foot the bill, hiring private planes and helicopters to get around, or even heli-commute, has been something of a no-brainer as of late. When lockdown instructions were first imposed last year, the number of flights departing and arriving from UK airports skydived by more than 75%. The whole country suddenly found itself in a position where overseas travel was practically impossible. At least, in the conventional sense. 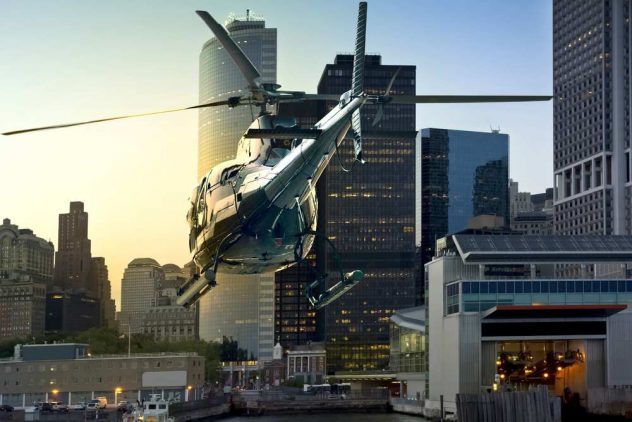 In the meantime, it was more or less business as usual for the private aviation sector. Some providers reported business returning to around 93% of the usual norms by August. International air travel was still a question for most, meaning those opting for private air transfers more or less had the skies to themselves.

But to what extent could it be argued that the increasingly popular heli-commute is actually necessary? Particularly when it comes to making relatively short domestic journeys, are helicopter transfers more a case of style or substance?

Or is it the perfect combination of the two?

Ask those who regularly opt for helicopter travel and they’ll typically cite the same reasons for doing so. Travelling by way of your own private helicopter, you don’t have to worry about horrendous (a potentially dangerous) queues of other travelers, infuriating traffic jams in busy urban centers or any potential hold-ups.

Increasingly, all of the above is appealing to a much broader audience of travelers than would have traditionally been the case. Helicopter travel is no longer the exclusive stomping ground of the billionaire – it can actually be surprisingly affordable.

In any case, the fact that’s becoming increasingly unpleasant to travel anywhere by way of public roads in the UK makes it no surprise people are seeking alternative options. Particularly when you consider how a stressful one-hour journey by road could easily be completed in less than 10 minutes by helicopter.

A way to make an entrance

Of course, there’s no escaping the fact that many of those who choose to travel by helicopter have every intention of turning heads. Whatever their motives, they’re all about memorable entrances and making their presence felt.

Which is something that comes as standard when turning up by way of helicopter. There may be a car park outside the venue packed with Ferraris, Lamborghinis and a couple of Bentleys, but land nearby in a state-of-the-art helicopter and all eyes are very much on you.

Either way, we’re fast reaching a point in time where securing a seat on a private helicopter transfer is rarely more expensive than booking a private limousine for the same journey. All with the added benefit of not getting stuck in traffic, being diverted miles out of your way and getting massively stressed in the process.

A question of convenience

Even if your main motivation for choosing helicopter travel is keeping up appearances, there’s no denying the convenience of the heli-commute. If there’s a patch of grass or a car park spacious enough to accommodate a few cars, you’ve got yourself everything you need to land a helicopter.

Precisely why a lot of helicopter owners keep their aircraft (literally) in their own back gardens. You don’t need to hire an air strip, or even necessarily pay for somewhere to store it. You can be picked up from just about anywhere and be deposited anywhere else, without having to organize additional transfers, hence the heli-commute.

This is also why many consider helicopter travel vastly superior to a private jet hire. While a private jet may be faster and in some instances more luxurious, you’re limited to the availability of nearby airports and landing strips.

Best of all, there’s a surprisingly affordable entry-point for those interested in helicopter travel who can’t necessarily foot the normal bill. Set yourself up with around £15,000, book a course of lessons and you could soon be the proud owner of your very own private pilot’s license.

After which, you could be making money (and a lot of it) by spending your time flying around the UK in style.

Tyre maintenance and staying safe when driving back home for Christmas

Potential Uses Of Blockchain In The Travel Industry