Wondering how the world of recruitment might change post-COVID? Here are our predictions for the way the sector may see the impact…

Employment solicitors in Norwich, Newcastle, Newquay, and elsewhere in the UK, are constantly rallying to make the world of employment a fairer place. The question is, will the recruitment sector be impacted post-COVID? 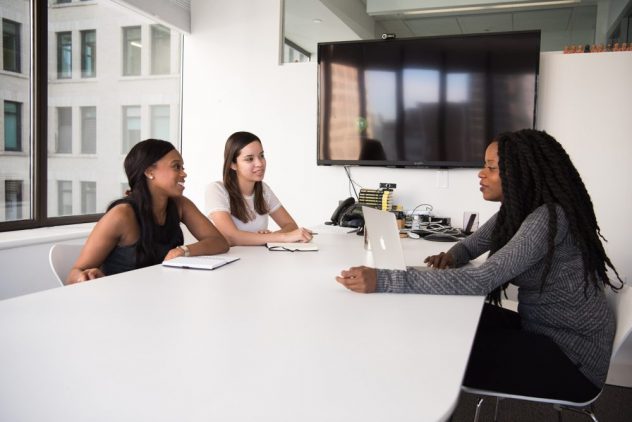 In this article, we hope to address this question, and provide some potential thoughts on what might change. From changes in priorities with location, to adaptations in what peoples’ CVs will look like, there’s plenty where that came from. Take a look…

Location may not be a factor

First and foremost, COVID-19 has shown us that many UK companies have been stuck in the dark ages when it comes to heading into the office day in and day out. The reality is, technology has moved far quicker than we have in this regard. We’ve had the capabilities to change up the traditional office setting for years, we just haven’t taken the plunge to do so.

However, COVID-19 kickstarted a home working revolution, which was a long-time coming. It’s demonstrated to many companies that it is entirely possible to run a business from the comfort of our own homes.

Ultimately, this means that company location is no longer a factor for many people recruiting for jobs. Now, recruiters aren’t so restricted with their search for new talent. In fact, you could effectively hire someone from the other side of the world for most roles now. Could this change the landscape altogether?

Presenteeism may be eradicated

On a similar note, the idea of having to show your face in the office should hopefully become a thing of the past. Thanks to the way each and every UK office worker has handled themselves whilst working from home, it’s clear that we can do our jobs just as well at home.

We hope that this has made it very clear to UK businesses that coming into work isn’t necessarily indicative of work ethic.

Again, on a similar wavelength, the idea of having to show your face at interviews may be eradicated altogether too. Of course, this has its benefits in terms of getting to know the office space and people. However, it’s not always necessary, and will save a lot of potential talent a lot of time and money if remote interviews become commonplace.

For example, for students looking for jobs in other cities for after their final year of studies, travelling to and from interviews can be extremely expensive and disruptive. They may have to travel to opposite ends of the country to interview in the place they are planning to move to after university. That said, with virtual interviews, taking this valuable time and funds out of a student’s day won’t be as necessary.

This may also have a wider impact on UK workers overall. One of the biggest struggles of interviews is having to take time off work in order to travel there discretely. However, being able to take these interviews over a call during a lunch hour will make the process far more accessible.

There are numerous other scenarios in which taking an initial interview over video call could be more worthwhile. Our new reliance on virtual meetings will hopefully alter things for the better, in this regard.

Gaps in employment may not be questioned

One of the key questions that many recruiters will ask is “what were you doing between the years xyz?” That said, after the year we’ve just had, many workers will have huge gaps in their employment now. With the whole of the UK going through something similar, it’s shined a light on whether bringing this sort of discussion up in interviews is fair.

Many people come up against hard times, whether they’ve lost a job, taken some time to decide their future career, or something else. Many people may also have gaps in which they’ve had to take on jobs unrelated to their career path, for example retail or service jobs.

COVID-19 has made it far more apparent that these gaps in employment are not a failure. They are not something that people should always have to explain. It’s simply just life, so perhaps the importance of this question will change in future.

On a less positive note, it has been thought that our new way of working has widened the gender pay gap. This is because many women may have ended up taking on the home-schooling roles and childcare during the pandemic. This, in turn, means more women may have resorted to flexible or part-time work, or may have requested to be furloughed over their male colleagues.

This disparity will have furthered the gender pay gap. In the grand scheme of things, this puts many women at a disadvantage, as they have even less opportunity to take on higher paying jobs. It’s certainly shown us that the wider picture of gender roles needs to be looked at in greater depth.

Think the world of recruitment will change?

There are plenty of ways in which the world of recruitment is likely to change post-COVID. We’ve already seen a huge alteration in the picture, specifically the changes in presenteeism and virtual interviews. The question is, will there be more positive changes to come?

6 smart uses for the bounce back business loan

What is company culture and why is it important?