Isn’t it frustrating when people assume that gaming is a waste of time? It has become a norm to look down on gaming as a useless hobby. What’s more, parents tend to view it in a more negative light, thinking that their child is not learning anything from playing video games – they couldn’t be more wrong.

On a more positive note, the negative views towards gaming and gamers have changed quite a bit in the past few years as the gaming community has evolved. However, spreading awareness is very much important, so that gaming can be used in ways never thought before – like for educational purposes – Sounds absurd? Keep on reading to find out what skills video games develop for entrepreneurs. 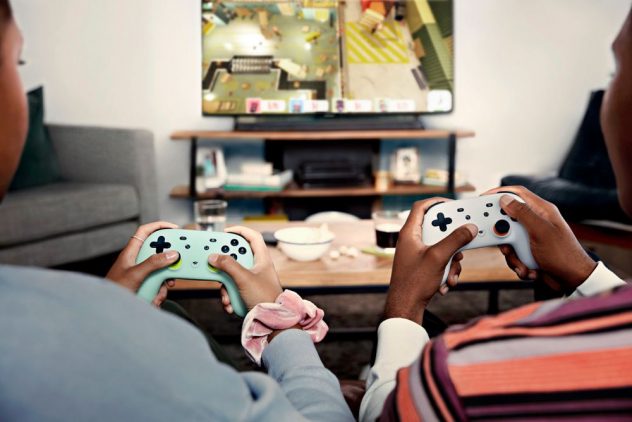 Research has proven that gaming can prove to be quite beneficial if done in the right way, but that’s not all; Video games play a huge role in the development, Maintainance, and improvement of important skills, which will be discussed in this article.

So, without further adieu, let’s see how video games are useful in the skills discussed below.

First and foremost, video games are known to play a huge role in the development of social skills. There is a common myth that video games are the reason behind the antisocial behavior of a person – that is absolutely wrong. In recent years, the gaming community has shifted towards online multiplayer games – meaning that you get to play with people globally.

Keeping that in mind, we can agree to the fact that video games have nothing to do with antisocial behavior. In fact, gamers tend to be more social compared to other people. What’s more, during times like the pandemic, video games have actually helped people to maintain contact with their friends, allowing a safe and fun-filled attraction. Games like Animal Crossing: New horizon became very popular due to the multiplayer feature, allowing players to experience the wholesome ACNH world together.

One of the most important skills that are developed with the help of video games is creative skills. What’s more, video games employ unique concepts and mystical features, allowing players to experience situations that are, normally, not possible in the real world. Research has shown that any hobby that requires you to use your imagination, incredibly boosts your imagination.

Countless video games employ otherworldly yet realistic concepts, effectively boosting the creativity of the players. Games like Minecraft and Rust require great creativity and strategic skills to survive and build objects. ACNH is another game that is efficient in improving creativity, allowing players to create farms and even islands. Video games also inspire children in the arts field by advertisement, map, and character design.

In online video games where forming guilds and teams is crucial, players learn skills like recruiting and teamwork. Video games like MMORPG require players to work together in a team, develop strategy and overcome obstacles. These skills are also important for players looking to develop leadership skills. Games like World of Warcraft and Albion Online, put players in such situations which requires them to improve their teamwork and leadership skills. Therefore, video games do in fact, play a massive role in the development of leadership skills.

Video games are also essential in the development of cognition of both kids and adults. Usually, people believe that video games can make a person dull and mindless – as absurd as it sounds, most people do believe that. In reality, video games play a critical role in stimulating the brain, encouraging quick-think and problem-solving.

There are a wide variety of games, each providing a different lesson to the players. Many games force the players to think on their feet and to make quick decisions. Gamer students tend to tackle challenges and problems with great confidence and use critical thinking to find the solution. Furthermore, video game learning has a higher retention rate and teaches gamers to think out of the box. Games like CS: GO and DOTA 2 do an incredible job in the development of cognitive abilities.

Another great skill that is improved with the help of video games is memory capacity. Like I mentioned before, there are countless videogames, each possessing different characteristics, with memory being one of them. Research has proved that video games do an exceptional job in improving concentration and focus.

An important issue faced these days is the lack of attention span. Since everything has been made so simple, students especially have a decreased attention span, which can be troublesome during class or when studying. Video games require a lot of attention to detail, involving puzzles that play a huge role in improving the attention span of players. Games like FFXIV, Valorant, and Fortnite help in the further improvement of memory capacity.

It is quite easy to bash a particular hobby or trade when you are not aware of its benefits. Those days are long gone when we didn’t have the means to educate ourselves on certain topics. Furthermore, as the use of the internet has become extremely popular, it’s critical to raise awareness on important subjects that can help in the most effective learning of the younger generation. Video games are perfect for providing effective education and improving abilities as mentioned above. What’s more, Eldorado is selling items and accounts for all the games mentioned here such as OSRS items, and that too at a low cost. Learning skills that are important in real life at the cost of a few bucks is a complete steal if you ask me.

Seal the deal with these negotiation tactics

Why your small business could fail