The importance of blockchain technology is becoming more apparent to people in mainstream society. There is a unique feeling that we are standing at the threshold just before the next great industrial revolution. Interest in cryptocurrency has soared this year, the market doubling since January and exploding through $2 trillion in April 2021. While more meteoric rises lay ahead, so does uncertainty.

Even though cryptocurrencies are used on a daily basis around the world, many say that they are too inconvenient to be used as means of payment. Transaction speed is very significant and many brilliant minds are working on solutions for increasing speed. As Brian Armstrong, the CEO of Coinbase, said in his most recent prospectus, “People are using cryptocurrency to earn, spend, save, stake, borrow, lend, vote … companies are being funded, getting early customers, and will eventually go public, all on block chain. The cryptoeconomy is just getting started.” These lightning fast block chains will also be used in the insurance industry, voting audits, credit applications and more. The digital gold rush for global cash conversion has officially begun. 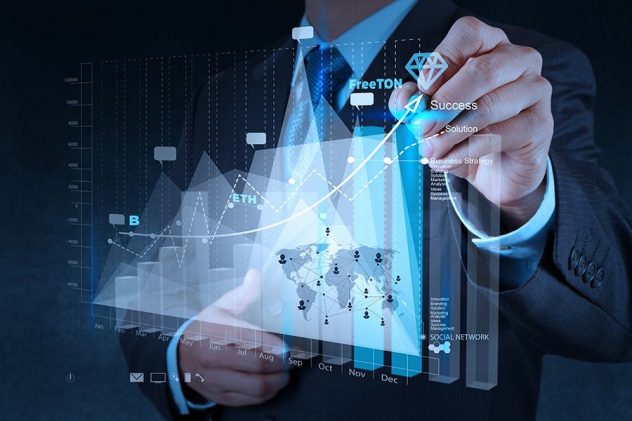 High transaction speed is essential for scalability due to its allowing different accounts to exchange data immediately, without network load slowing the process. A number of different parameters influence final transaction speed. These factors are block size, block time, transaction fees and network load. Block size is a constant set by the individual blockchain inventors. Block size merely determines how much data can be contained in one singular block. For example in Free TON, the block size is not an issue due to it being dynamic.

Free TON has launched a year ago, and its incentivized decentralized community has ambitious plans for its growth and development in the DeFi marketplace. Several Free TON developers, such as TON Labs, Broxus, RadianceTeam, &Svoi.dev are working to prepare the Decentralized Exchange (DEX) to launch in the second quarter of 2021.

In order to achieve scalability and decentralization, the blockchain world requires uncompromising solutions. This will help the crypto world revolutionize every industry it touches. To stay on top of the actual cutting edge technology, continue watching Free TON and its decentralized community of developers for many more real world solutions.

Spread Betting: How It Works In Bitcoin

Top Blockchain Companies To Watch In 2022