The history of 2D & 3D animation began at the beginning of the 20th century. Whilst in the present day we are surrounded by animation through television, video games or other multimedia formats, it was considered to be revolutionary when people in the public eye were first introduced to these new formats of entertainment.

Whether we are talking about 2D or 3D animation here, the format remains the same. It is the process of many thousands of drawings which are then played in rapid succession (usually considered to be 24 frames per second), with each frame continuing to have a minor change until the end of the scene is finished. Although these days animation is designed digitally, the ‘old fashioned’ process was to draw each frame on paper or to create models out of plasticine or modelling clay. There are a wide range of companies that can offer 2D & 3D animation services, including Origins of Motion. 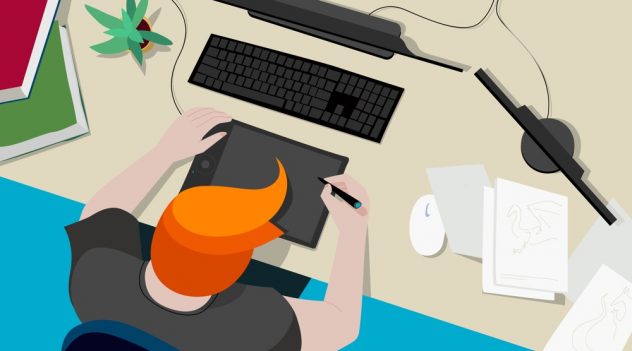 Venturing into the 1950’s & 60’s, 2D animation was thriving. Considered by some to be the ‘golden age’ for the industry, the market was most notably dominated by three different studios: Walt Disney, Warner Brothers and Hanna-Barbera. These included characters such as Mickey Mouse, Donald Duck and Goofy (Disney), Bugs Bunny, Daffy Duck and Porky Pig from the Looney Tunes (Warner Brothers), and Fred and Thelma Flinstone from the Flinstones (Hanna-Barbera).

With many technological advancements to come within the 1970’s and early 80’s, clay-motion hit new heights, thanks to one company in particular: Aardman Animations, who created cult classics including the plasticine character Morph, Wallace & Gromit, and Creature Comforts. Just like how 2D animation is created, each frame would have to be painstakingly taken to form every scene – a process which can take years to put together.

In 1995, the history books were to be rewritten once more, with the release of the film Toy Story by Pixar Animation Studios. It was the first completely computer animated movie ever, relying solely on computer-generated graphics (now more commonly known as CGI). Over 25 years since it was first released to the public, the film still is ground-breaking for how it changed 3D animation forever, and for the better. In the years to follow we have seen other companies become famous for their 3D film productions too including DreamWorks, who most will know for Shrek.

A key point to note around the time as well as the influx of new 2D animated shows such as The Simpsons, South Park and Family Guy; for what were considered to be ‘animated sitcoms’. Although these were still similar to the art design & style of cartoons from their heyday, the main difference here was that they were created for a more adult audience, with the latter two considered to be only viewed by people 18 or older. With this came controversy from a minority of people, but over thirty years since, animated sitcoms are still as popular as they were at the end of the 20th century.

Leading up to the present day, 3D animation is now as popular as ever, and is seen much more prominently compared to 2D animation, especially with the use of CGI technology in children’s animated television shows within the last decade. With virtual production considered to be the future for the industry and technology continuing to improve year upon year, it definitely will not take too long for another chapter to be written in the long history of 2D & 3D animation.

The biggest casino wins in 2019