In what has been a challenging year for businesses globally, Rune writes for Talk Business about the lessons he feels can be learned from old ways of working and how an improved tax system can allow the home service industry to blossom in a post pandemic world …. 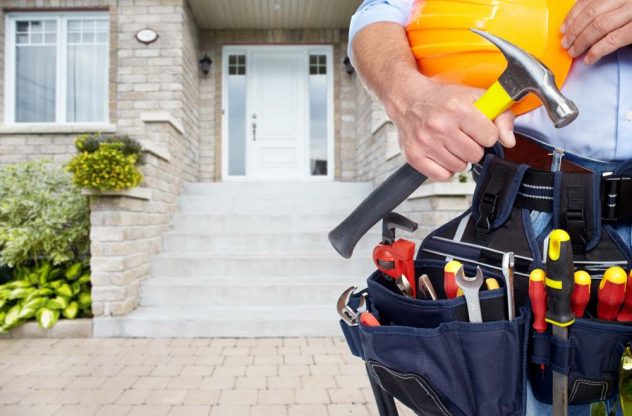 There’s no doubt the Coronavirus Pandemic has presented some significant challenges for business over the past twelve months, but through adversity we are presented with an opportunity to create change and evolve new practices and better solutions for an improved way of working and living.

The world has seen viruses before but it’s fair to say that in COVID-19, we were all underprepared.

Like many companies, because of the imposed lockdowns, we lost a significant portion of our business – though we were fortunate to have more than a decade of experience to help us navigate the “new normal” – and we did receive financial assistance from the UK government; but as the Honorable Chancellor Rishi Sunak has stated, “the government cannot save every job”.

Reflecting in these unprecedented times, my mind began to think of alternatives of how there must be better ways for the government to help the nation – and in doing so, I began to explore systems adopted by countries that have shown robust economic strength – and regarded as having some of the best standards of living in the world; to see what lessons we could take and adapt here in the UK.

Of course, like all countries over the past twelve months, the main goal has been to keep people safe, with each nation choosing its own path on how best to do this for their people. However, I could not stop myself from thinking “doesn’t that also mean to secure jobs that pay a living wage and keep people away from poverty?”

Taking a closer look at tax

As a business owner, I have been keeping a close eye on the UK economy. And that includes how the Tax System has developed over the years.

Back in 2010 when my business was still in our start-up phase, the UK government set out the corporate tax road map which focused on enhancing the international competitiveness of the tax system, by looking to attract and maintain companies that had begun to move their headquarters abroad.

It was going to be achieved by a move to a territorial tax system by reforming the United Kingdom’s rules to control foreign companies.

A few years later when the whole Panama Papers scandal emerged, additional focus was placed on tax avoidance by companies operating in the United Kingdom.

The reform to reduce any impact of different transactions or entities being treated differently was made and aligned how separate tax systems interacted together.

The final change on the corporate tax road map was about tax and good citizenship. Attention was at boardrooms who would not think of tax as just “another cost” to be managed.

However, a report by HMRC from 2017 states that “an estimated 4.9% of the British population was found to be involved in the “hidden economy” – individuals who have not declared their activity for tax purposes.

At least 53% of those in the hidden economy had an overall income above the tax threshold, which means at least some of the money “under their mattress” is assumed to be taxable – with the main industries keeping payments under the radar being, general household maintenance (35%), direct sales of products (18%) and construction/labour (17%). (More here)

These reports show that the majority of people who operate in the hidden economy have a basic education, cannot fully rely on such income and are mostly from impoverished backgrounds and minorities, which is perhaps no surprise.

So with the revised tax system of 2010, the problems are there to be seen, wherein the domestic service industry alone, we know that tax avoidance is a prevalent factor and has a serious impact.

If you think about the findings of the HMRC, then we can assume that in the cleaning industry (worth £5.6 billion per year alone) around £560 million per year goes untaxed – meaning thousands of people are being exploited.

So why do we allow for the problem to continue since we know about it? Is it because we haven’t thought of a solution yet?

During the pandemic, I couldn’t stop thinking that there must be a better way to innovate and adopt a better taxation system. One that will aid the government, workers, and consumers alike … and so I found some possible solutions in countries such as Germany and Sweden.

What the Swedish government did was to introduce ROT (repairs, conversion, and extensions) and RUT (cleaning, maintenance and laundry) tax relief schemes for consumers on the labour costs of domestic services, which aim to increase declared work and boost employment.

ROT deductions cover home repairs, conversions and extensions and reduce the cost of labour for these services by 30%.

The Swedish government realised that domestic services, such as cleaning, gardening or home repairs are often performed by workers who do not declare this income to authorities.

In 2005 (yes they did those changes 16 years ago!) it was estimated that 30 million hours of domestic services were undeclared in Sweden. The objectives were simple:

The result was that these schemes have changed the public’s attitude towards undeclared work and created 30,000 jobs.

Looking back at the UK now, I see many sectors in crisis.

The country’s current unemployment rate is 5%, with the Bank of England’s expectations to reach 10% once the furlough scheme ends.

This will be a major push for people to cut costs wherever they can and drive them towards the hidden economy.

As entrepreneurs we have to think ahead, we have to be able to plan to make moves to provide people with employment opportunities because the welfare of every single one of us is important and cannot be neglected.

What acts in our favour is that the United Kingdom has left the EU. We have the freedom to create a competitive economic environment for everyone without the constraints of Brussels.

I believe that we can achieve this positive change because I know that the backbone of a country is its people and we should always look after each other.

What I’m suggesting is this: apply tax rebates and VAT reductions similar to the approach taken in Sweden. This way the industry will be regulated, people will be earning a living wage, they will be protected and the industry itself will be more transparent and secure. And once it is regulated the government can still receive tax payments and divert them to infrastructure and health projects as they have promised.

Whatever sector we work in, and however difficult the past year has been for us, the pandemic has presented opportunities for us all to reflect on old practices and find better solutions as we look forward to overcoming this horrible virus – and adopt new methods to create jobs and prosperity for everyone.

Rune has launched a petition, campaigning for the UK taxation system for domestic services to be revised. The petition is now live on Change.org.

The biggest do’s and don’ts in crowdfunding