VPN services have been around for quite some time. Some VPN services are considered best for streaming. Others offer advanced versions of online security and privacy. Judging by the different features on offer by VPN services, it is easy to guess that there is more than one type of VPNs. And understanding all these different types can be quite daunting for a normal person.

VPNs were first put to use by large corporate companies in an attempt to extend their private networks over the public internet. This allowed these companies to spread their network to employees who either work remotely or have to work in different cities or countries. There are two basic VPN types that were used initially in order to build this networking solution. These two types of VPN services are Remote-Access VPNs and Site-to-Site VPNs. 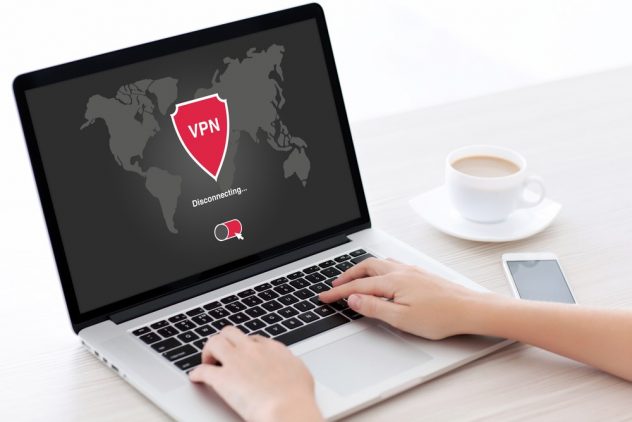 What is a remote-access VPN?

To understand the differences between these two types of VPN services, let us first understand how these services behave individually.

This is helpful in the sense that the individual can access private and confidential data without getting exposed to any surveillance agency or a hacker for that matter. The company data remains safe and private and the employee is able to get access even outside the premises of the company.

Remote-access VPNs usually require the device of the remote user to encrypt and decrypt the data that is being sent or received. It employs a NAS (network access server), or a VPN gateway to authenticate any device that attempts to sign in to the VPN. Remote-access users are actually connected to this NAS server when they’re using this VPN type.

Remote access VPNs also require that the user’s device contains a VPN client software. This client software allows the device to communicate with the VPN gateway and authorize the user to create a virtual tunnel between the LAN and the gateway.

When the tunnel is created, any data that is sent from the device is encapsulated and encrypted by the remote-access VPN. It is then sent to the NAS server that sits just outside the remote LAN. This server decrypts the traffic that is coming from your computer and the data is then related to the LAN.

This method ensures that any traffic that you send or receive actually passes through a secure tunnel in order to ensure the security of your data. All traffic is encrypted as it passes through this tunnel.

What is a site-to-site VPN?

Now, let’s discuss Site-to-Site VPNs. These are similar to remote-access VPNs in the sense that they are also used to securely connect two or more LANs in different physical locations. Site-to-site VPNs require the public internet in order to extend your company’s network across multiple locations where the LAN needs to be shared.

The two common types of site-to-site VPNs are Intranet-based and Extranet-based.

The Intranet-based site-to-site VPNs usually combine the LANs of different locations into one single private network. This network is called a WAN (Wide Area Network).

Extranet-based site-to-site VPNs work differently in the sense that it uses the public internet to connect its LAN network with other companies, customers, or communities. This allows the business to connect with its partners while still keeping its LAN network secure.

Both these types of site-to-site VPNs basically work as gateways through which one remote LAN communicates with another LAN to create a secure tunnel. Those who use site-to-site VPNs do not require the use of a VPN client. They can rather send normal traffic through VPN gateways.

With no VPN client app present, the VPN gateways themselves are responsible for authenticating the user, the network, encryption, and the integrity of data. The gateway is also responsible for the encryption and decryption of data and then sending it to the target device in the network.

Site-to-site VPNs can create a tunnel between two separate locations, no matter the distance between them. Devices on both LANs can communicate with one another as if they are a part of the same network.

Imagine that you own a business with small franchises in different cities. These franchises don’t really need a complete network to connect all of their devices. A site-to-site VPN might be overkill, but having no VPN isn’t a solution and isn’t feasible either. This is where a remote-access VPN would be ideal and a cost-effective solution for the business.

Now imagine that a large company wants to open new offices in another country. The number of employees in each office can range from tens to hundreds. Each worker needs access to shared servers that are connected to one main network. This is where a site-to-site VPN would work best as it allows the offices to communicate with one another through a VPN tunnel, as each employee would have access to this network.

Both these types of VPNs have different features and therefore work best for different types of companies.

However, businesses and users can choose to ignore both these options and choose another VPN type that fits well with both these types of businesses. There are some special consumer VPN services available that can offer the best of both worlds to businesses and individuals alike.

Are there any privacy risks that using public Wi-Fi may lead to?

SD-WAN solutions for your business