The UK is well known for its love for bingo and, as well as the standard version of the game, different types of bingo games have grown popular here.

It was during wartime that bingo began to take something of afoot. While they were in the trenches, the nation’s brave soldiers started to play the game. When they came back, along with their battle scars they brought their love of bingo home with them. 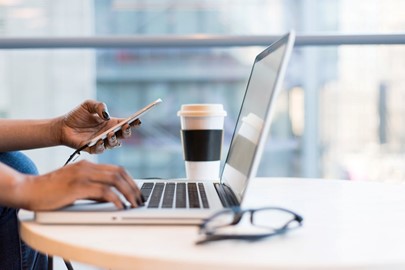 Families would play it and the game caught on, being played at churches and working men’s clubs to raise money for charity in the 1950s as a game called ‘Housey Housey’.

In 1961, the first bingo commercial opened. Many more would open soon after and the UK indulged further in its love of the game.

Several decades later, fondness for bingo was declining slightly. In some 40 years, the game had not really changed.

Other forms of entertainment, such as television, dancing and other forms of gambling, had all exploded and bingo was having to take a back seat to them. Things were not looking good for the game.

But shrewd entrepreneurs had been observing the transition of casino gaming to the online space and realised bingo could do the same.

It was a move that helped to revive the game and win favour for bingo with a younger, tech-savvy generation. The fact that they had access to the game from their phones and could play whenever they want was making them warm to the game.

Not only that, but the online space created variety. People did not have to play the standard version of bingo if they did not want to and could, instead, play variations of the game.

Bingo players liked that they could play a game of bingo from their mobile phones.

The online bingo market in the UK

Research from You Gov shows that younger adults, typically between the ages of 25 and 34, are driving the growth of online bingo. The next group with which it was most popular were in the 35 to 44-year-old age range. The research found the game to be especially popular with women.

Researchers attributed this to the convenience and access technology offers to the game. Interestingly, however, they found that fans who love online bingo also liked to step inside a traditional bingo hall from time to time.

There are a whole host of reasons why a bingo lover may prefer to switch to online bingo:

Many online bingo operators are secure and use secure payment method options for players.

Playing bingo on a mobile device

The arrival of mobile has had a powerful impact on game playing, not to mention how people go about their business in general.

According to research from Ofcom, whereas 39% of adults used a smartphone in 2012, 78% had used one in 2018. They are the device that consumers say they’d miss the most and have overtaken computers as the one they’d use to go online.

In a blog post on the site of the UK Gambling Commission, the regulatory body for gaming explained that mobile users had recognised the benefits of playing online and pointed out simple benefits, such as the comfort of being able to play bingo while sitting on the sofa at home and of betting on football while in the pub.

The commission also highlighted that players could enjoy games without fear of judgment, due to the privacy online gaming offers. Additionally, the commission pointed out that players saw their gaming from their mobile in a similar way to being on social media: something to pass the time, to do when feeling bored or when just unwinding in front of the TV.

Saving the game of bingo

Many believe the internet saved bingo. The traditional game had been on the decline, but the invention of online bingo breathed new life into the once-highly-popular game.

Bingo, despite being considered the domain of older generations, had become cool again. New generations have fallen in love with bingo and also found enthusiasm for it offline.

This is partly because bingo, as well as being easy to play, has long had a social side to it. The game is as much about getting together with friends and enjoying the game as it is about hopefully being a few pounds to the good by the end of play.

Bingo has undergone a revival and young players are attending bingo nights with specific themes, such as music themes, and loving it. The games can feature variations of the calls, short musical or dance performances between rounds, be hosted by drag queens, and more.

Bingo has come a long way since the first bingo halls opened. A game that once looked like it was dying out is flourishing once more. The future looks bright again for UK bingo.

Common online gaming scams to watch out for