Successful space investor Max Polyakov continues building an end-to-end space supply chain by purchasing a South African company Dragonfly Aerospace. The value of the deal has not been revealed. 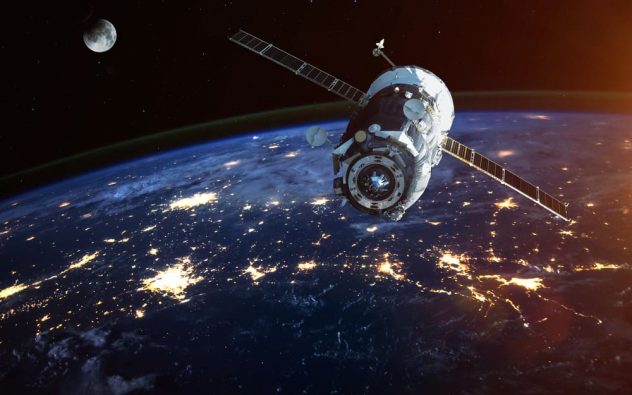 What is Dragonfly Aerospace?

Dragonfly specializes in developing powerful cameras for spacecraft and has over 25 years of experience. The cameras are designed to deal with the unique complexities of space. The company is going through a pilot phase where it will begin producing its satellites. Polyakov hopes to launch these satellites through another company he has invested in, Firefly Aerospace.

Dragonfly’s satellite production is based near Cape Town’s International Airport in South Africa. The company is initially focusing on creating small satellites weighing from 50 to 600 kg. They have a goal of producing up to 48 satellites per year.

CEO Bryan Dean said the company experienced a breakthrough when it first successfully demonstrated its cameras on the nSight-1 satellite in 2017. They were one of the first companies to focus on imaging technologies for satellites.

Dragonfly’s strategy is to partner with satellite producers before eventually creating their satellites. The company has ramped up its operations as it prepares to present microsatellite solutions soon by increasing its staff six-fold.

Currently, Dragonfly is focused on the European market. Their major clients are satellite producers such as NanoAvionics and Loft Orbital, as well as Pixxel, a young Indian imaging company. Primarily, the demand for the services comes from Europe, but it has also seen a strong growth trend in Asia. As for now, the company has struggled to access the lucrative US market.

Why did Polyakov purchase Dragonfly?

Through investing in a range of ventures, Polyakov is aiming to build a completely integrated space ecosystem. He said his end-to-end space strategy is based around the EOSDA company, with all current and future partners cooperating with the imaging venture. His strategy is to generate data from space and Earth and use it in an effort to preserve the environment.

The original plan was for Dragonfly to produce two cameras for EOSDA’s satellite, which will monitor agriculture and is set to be launched next year.  EOSDA and Dragonfly were looking to deepen their ties, and there were talks about Dragonfly providing cameras for a further seven-satellite constellation’s launch.

Dragonfly will play an important role in helping EOSDA take images of high quality. Dragonfly’s unique technologies and 20 years of experience will help EOSDA achieve its strategy of improving the Earth and agriculture. The constellation project will help monitor the wellness of the Earth, enabling more effective farming. The result will be a healthier global environment and higher levels of agriculture production.

Dragonfly hopes to benefit from having an US-based investor, which they hope will lead them into the large and lucrative US market. Up until now, that market has been fenced off to the South African company.

Polyakov has made a win-win deal with his latest purchase of Dragonfly. The acquisition move has allowed EOSDA to find a high-quality partner producing satellite cameras and continue with its end-to-end space supply chain strategy. By giving Dragonfly, the South African-based company, access to the well-developed US market, Polyakov intends to benefit from its growth while also engaging it into projects of other companies within Noosphere Venture Partners.

Does Max Polyakov have an answer to how we can clean up space junk?