There’s no such thing as an overnight success story in the world of business. Even when it appears that a brand has suddenly appeared and taken over the world from nowhere, their seemingly sudden success is usually the product of years of hard work behind the scenes.

Struggles are inevitable in the battle to make businesses viable, and those struggles can often take a business to the brink of being bankrupt. That goes for huge, world-renowned companies just as much as it applies to small and medium-sized enterprises. If you’re struggling at the moment, know that you’re not alone. We think that everyone could use a little inspiration at the moment, and that’s why we’ve put together this article about big businesses that are now household names but once teetered on the edge of going bankrupt. 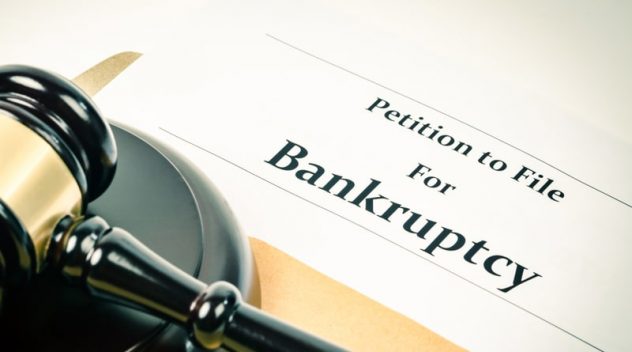 All of these businesses almost went bankrupt, but they corrected their course and came back to become massively successful companies with multi-million dollar profits. We hope that you can take some solace from their stories.

Through it all, you’ll see that change and diversification are an important part of recovery. Take the casino industry, for example. Many bricks-and-mortar casinos found themselves pushed to the edge when the internet became popular and casino websites began to appear. Those that remained in business often did so by launching their own casino websites to compete with the likes Bet365, Sky Vegas and 888 Casino rather than sticking to their guns and trying to gut it out. So long as you’re responsive and open to new ideas, there’s usually a way out. The stories you’re about to read should be proof of that, luckily for players there are casino databases such as sistersite.co.uk to guide them on the best casinos to play at and which ones to avoid.

Let’s start with a company that everyone has heard of. Apple is now one of the largest technology companies in the world, if not the largest. When the company launches a new smartphone, people queue up overnight outside their stores so they can be among the first to get their hands on it. From Apple Music to the iPad and the Macbook computer, almost everything Apple touches turns to gold. That wasn’t always the case. At the turn of the century, it looked like Apple was on the brink of closing its doors. Some reports say that it was losing one billion dollars per year by the end of the 1990s. What eventually made the difference for Apple was the return of founder Steve Jobs, who went on to develop the products the company is now best known for. The moral of this story is that you should never be afraid to go back and correct a mistake – even if it involves swallowing a little pride and telling a key person that you need them back.

For most of the 1980s and the early 1990s, Nintendo was the biggest video gaming company in the world. That was already quite a remarkable fact when you consider that the company was founded in 1889 – a time when the concept of video games didn’t even exist. The Game Boy, the Nintendo Entertainment System, and then the Super Nintendo pushed the company to new heights, and they even managed to counter the new threat posed by Sony’s PlayStation consoles by introducing the Nintendo Wii in 2008. Unfortunately, they followed the Wii up with the Wii-U in 2012, and it was an expensive disaster. The product was poor, the associated marketing campaign was inept, and game developers weren’t interested in it. Nintendo went back to the drawing board and came up with the Nintendo Switch in 2017. Now they’re back in profit, and perhaps better than ever. Don’t be afraid to pull and replace a failing product when you need to.

IBM is one of the most solid, dependable names in the world of computing. Indeed, the era of home computing may never have come around at all were it not for IBM. The company appeared to be bulletproof for a very long time, but then it failed to adapt to new rivals when they appeared in the late 1980s. In 1992, the company posted an incredible loss of five billion dollars. At the time, it was the biggest single-year loss in the history of American business. 99% of companies wouldn’t have survived such a loss, but IBM dragged itself out of the mud. A new CEO was brought in. He fired the majority of the company’s workforce, ripped apart its working processes, and started again from the ground up. If things are going wrong, radical change is often required. That might involve bringing someone in who isn’t afraid to upset the apple cart.

Lego is ubiquitous. It’s the world’s favourite toy company. Most of us had at least one Lego set when we were younger. Some of us still have Lego sets now. After the turn of the century, though, children began to lose interest in physical toys. The digital age had arrived, and the children of the 21st century preferred video games to building blocks. Things got so bad that Lego had to start selling stock for less than its cost just to bring some capital in. They pulled themselves out of the mire by partnering with well-known entertainment brands to make licensed Lego sets and launched both Lego video games and Lego movies. Both ideas probably seemed bizarre at the time they were proposed, but they’ve worked better than most people could have imagined. This comes back to what we said earlier about embracing digital platforms and expanding into new areas.

There are so many Starbucks outlets across the world that they’ve almost become a meme. No matter where you are in the world, you’re probably no further than ten miles away from the nearest Starbucks. The company’s aggressive expansion eventually turned out to be its weakness. When the financial crisis of 2008 happened, Starbucks had spread itself too thinly to cope with the results of it. Stores came under pressure quickly, and there was a real risk that the franchise model would collapse like a line of dominoes. Former CEO Howard Schultz couldn’t bear to see that happen, so he returned to his former role to steady the ship. He took the incredible step of temporarily closing every store, retraining all staff, and effectively relaunching the company. He even invited suggestions from employees at every level. The worst performing locations had to be closed, but by the end of 2009, the company was back in the red. What we can learn from this is that your workforce is an asset. They might have useful business-saving input, and you’re missing an opportunity if you don’t listen to them.

It’s hard to imagine a world without any of these companies, but we nearly ended up living in one. These businesses all had hard times, and they all found a way through it, without going bankrupt. If they can do it, so can you. Remember, you’re still in control, and businesses still have options, before being declared bankrupt. It’s down to you to explore them fully!