Firefly is one of the new commercial launch operators, aiming to carry out small satellite launches and developing a midsize rocket between SpaceX and Rocket Lab — two leading launch providers as of now. Through rocket development, the company has worked on its Alpha rocket for many years and has won commercial and civil government launch deals from NASA, General Atomics, and others. 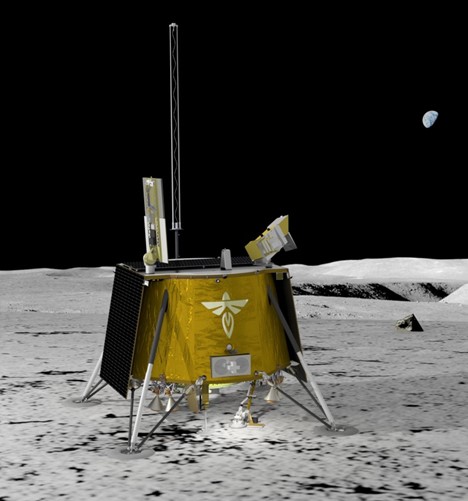 Firefly Space Systems, the company’s first iteration, failed and was then revived as Firefly Aerospace funded by Noosphere Ventures. Firefly also revealed that Jed McCaleb would soon join the company’s executive board after investing in Firefly. According to its official statement, Firefly hopes to receive an additional $300 million before the end of the year.

Over the past two years, Firefly, based near Austin, has been developing a rocket to launch satellites to space. Alpha rocket would have around 1000 kg payload capacity, placing it between Elon Musk’s SpaceX’s large rockets and Rocket Lab’s smaller carriers. For many months, Firefly has been getting all relevant approvals for its maiden flight from Vandenberg Base in California, which is currently scheduled for June.

In 2017, Ukrainian entrepreneur Max Polyakov saved Firefly from bankruptcy by investing $200 million into the company. His business, Noosphere Ventures, sold $100 million of Firefly shares during the most recent investment process. However, Polyakov is still the majority shareholder of Firefly. The company is currently worth over $1 billion, but executives will not disclose the exact amount.

The corporation has plans to construct a bigger carrier than Alpha, a moon lander, and maybe, a reusable spacecraft. This year, NASA granted Firefly a $93.3 million contract to carry ten research satellites to the Moon in 2023. Blue Ghost, Firefly’s planned lunar lander, will perform this task. According to Polyakov, Noosphere never regretted supporting Firefly and Alpha development and still has high hopes for this project. As Firefly begins operations and undertakes evermore ambitious missions, such as lunar moon cargo delivery, the timing is perfect for expanding the Firefly investment base.

Tom Markusic, Firefly’s CEO, is getting ready for the Alpha launch in California. This launch has been delayed for several months in a row. NASA, Virgin Galactic, and SpaceX veteran Markusic has driven Firefly from the start and to this stage, where the company’s stock could boom if the rocket is deployed to orbit.

Markusic believes Firefly should be able to make it through in 2021. If Alpha launch goes according to plan, the company would almost certainly raise more money at better rates for its consumers, enabling it to continue producing new carriers in the next few years. This May, the company had plans to conduct an Alpha static test fire. During such tests, the rocket is kept on the launch site while all of its systems are evaluated. The test has to do with everything but the actual launch, Markusic explained in a recent interview.

Firefly is now expecting the arrival of an electronics component connected to the flight termination system used to kill the rocket if it deviates from its expected route. Markusic also shared that the second carrier is already in development. So, the time between launches could be reduced if all upcoming tests go well.

Two more small rocket companies, Virgin Orbit and Astra, carried out successful launches just recently. This puts them in place to compete with Rocket Lab, one of the leading launch providers after SpaceX. Meanwhile, new satellite companies raised hundreds of millions of dollars for their development. Jeff Bezos’ Blue Origin and Richard Branson’s Virgin Galactic want to fly travelers to orbit soon, while SpaceX is hoping to take tourists out to orbit the Moon.

Does Max Polyakov have an answer to how we can clean up space junk?