We have some bad news for you. Your first business idea is probably going to fail.

We don’t mean to pour cold water on your enthusiasm, but that’s what statistics suggest. Don’t take it personally – you might be one of the handfuls of entrepreneurs who beat the odds with their first business idea. We do also have some good news for you too. Your second business idea stands a far better chance of success. The key to achieving something great as an entrepreneur is to stick at it. 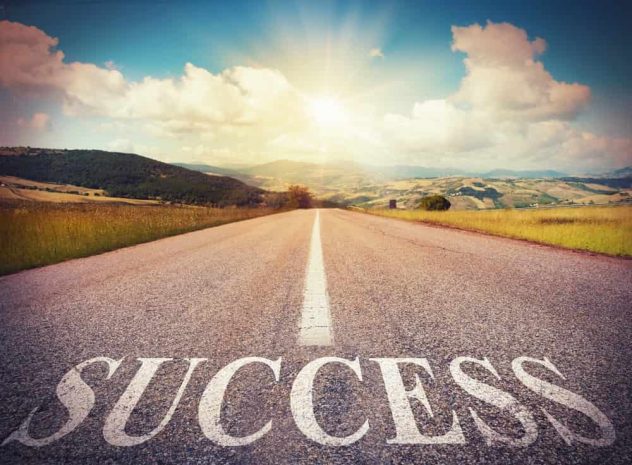 The day you launch your first business, you’ll be one of tends of thousands of people who launch a business on the same day. Not all of them can succeed. It’s like paying for a single spin at an online slots website. Millions of people on thousands of other online slots websites will hit the “spin” button at the same time you do. Only a select few of them will win the jackpot. Most of them will lose their bet and be asked if they want to play again. That’s how online slots websites like Rose Slots Canada make their money – they take more in failed bets than they pay out in wins. You tilt the odds in your favour by continuing to play. The law of averages says you’ll win eventually. In online slots, that’s called the “return to player rate.” In business, it’s called persistence.

We understand that it can be disheartening when a business idea doesn’t go to plan, so we want to provide you with some rich inspiration – and we really do mean “rich.” Here are some striking examples of entrepreneurs who failed at first and then succeeded through persistence!

The Disney Corporation is the biggest entertainment brand globally, yet Walt Disney filed for personal bankruptcy in the early 1920s after his first cartoon studio failed. If he’d given up at that point, the world would be a different place today. The bankruptcy wasn’t even Disney’s first setback. He was rejected as a cartoonist by multiple small newspapers, who told him he “lacked imagination and talent.” After his first bankruptcy, he packed up his bags and moved to Los Angeles with nothing other than the contents of his suitcase: two pairs of socks, two pairs of underwear, a shirt, and his drawing equipment. From there, he laid the foundations of a multi-billion dollar business that would go on to become a household name all over the planet.

The name “Dyson” will forever be associated with vacuum cleaners. He’s credited with innovating the invaluable household appliance, making bigger and better devices and, famously, doing away with the bag that was such a chore to deal with for our parents’ generation. It’s probably fair to call Dyson a genius, but it took him a very long time to persuade other people of that fact. By the time he finally brought his first product to the market, he’d been through more than five thousand prototypes and spent all of his life savings producing them. The first Dyson vacuum cleaner was sold fifteen years after he came up with his first prototype. If that isn’t dedication and belief, we don’t know what is.

If you’re one of our American readers, you’ll think of chocolate the moment you see the name “Milton Hershey.” Hershey’s is the most successful candy company in the USA – but it wasn’t Milton Hershey’s first candy company. He founded three before the current one, all of which went bankrupt. The reasons were different each time but had nothing to do with the quality of the product. Hershey believed in the quality of the product, and so he kept trying. We’ve all heard the expression “third time lucky.” It was fourth time lucky in Hershey’s case, so don’t always take your advice from cliches!

The face of Colonel Harland Sanders peers down from neon signs all over the world, including countries Sanders never visited. He spent his whole life trying to sell his famous fried, spiced chicken recipe. He even opened a restaurant of his own at the age of 65, only for it to be closed down because someone wanted to build a road through the location. After that, he lived in his car, driving to dozens of restaurants every day trying to agree on a price of a nickel per sale on his chicken recipe. Virtually nobody was interested, and so he opened another restaurant. This time it worked. Ten years later, Sanders sold his business for $15m, finally becoming rich at the age of 75. It took him a whole life of persistence to realise his dream – but he never stopped believing in it.

Everyone has heard of Amazon. Nobody has heard of zShops. If Jeff Bezos had given up on his business aspirations when zShops failed, he wouldn’t be the richest man in the world today, and he certainly wouldn’t able to afford to blast himself into space as he plans on doing later this year. When Bezos launched zShops, it was an internet auction house, but it couldn’t compete with eBay. After its failure, Bezos refined the idea and essentially relaunched it as the Amazon Marketplace. This time the idea stuck, and Amazon now does everything from making television shows and movies to building driverless cars. Had he taken “no” for an answer, all our mail order goods would come from somewhere else.

We hope you found these stories inspiring. We found ourselves inspired by them yet again just by writing about them – and we’d heard them all before! A failure in business isn’t necessarily a failure in life. If the idea is good, continue to believe in the idea. The chances are that it just needs to be presented differently. Learn from failures, change your approach, and then come back. It’s better to do that than to spend the rest of your career working for somebody else and wondering what would have happened if you’d given yourself another chance. If at first you don’t succeed, try until you do.

78% of UK shoppers still not sold on online grocery shopping