Big five personality traits: What are they, and why are they important?

Contemporary psychologists and licensed mental health professionals who provide online therapy or face-to-face counselling believe that there are five dimensions of personality, often referred to as the big five personality traits. The theory of five basic personality traits was first developed in the year 1949 by D.W. Fiske. It was further expanded on by other researchers in later years. 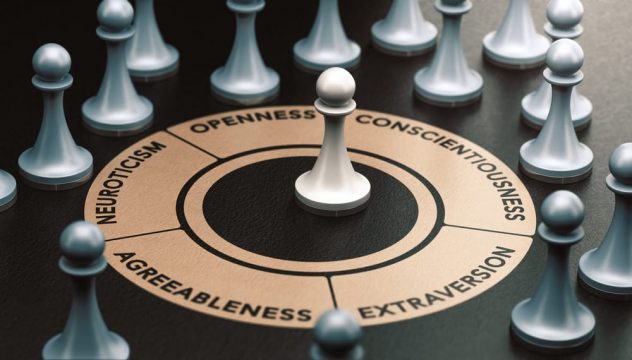 Before they settled for the five personality traits, researchers had spent years observing character traits as a way of analyzing people’s behaviour.

One researcher by the name Gordon Allport discovered over 400 traits. These traits were narrowed down to 16 traits, but scientists believed the number was still too high. This marked the beginning of the five-factor theory.

What Are the big five personality traits?

The “big five” are broad categories of character traits. And while there’s extensive research on these traits, experts don’t always agree on the labels for each dimension. So, which are these categories of traits? The five broad personality traits described in this theory include:

Extraversion, also commonly referred to as extroversion, is characterized by sociability, talkativeness, excitability, assertiveness, and high amounts of emotional expression. Extroverted people tend to be outgoing and comfortable in social settings. Being around other people is easy for extroverts, and they find it exciting and energizing.

Other signs of an extroverted individual include:

On the opposite end of the spectrum are introverts. These people are the polar opposite of extroverts. They find social settings uncomfortable and are more reserved, and have less energy.

Social events are overwhelming for introverts. They often need to take some time for solitude after socializing to recharge.

Other traits of introverts include:

Agreeable people have attributes like trust, kindness, affection, altruism, and other prosocial traits. These people tend to be more cooperative compared to those low in this trait.

Signs of agreeable personality include:

People low in agreeableness aren’t cooperative and tend to be manipulative and competitive. Other traits include:

People with this personality trait tend to have a high level of imagination and insight. What’s more, they have plenty of interests. They are curious about the world around them and are open to meeting new people, discovering new places, and having new experiences.

You’ll also notice the following in people who fall in this category:

On the opposite end of the spectrum are people who are not open. People in this category dislike change. They are more traditional and may struggle with abstract thinking.

People in this category have three standard features – goal-oriented tendencies, thoughtfulness, and high levels of impulse control. Highly contentious people are also mindful of details, and they tend to be very organized. They plan ahead, consider how their actions may affect others and are always mindful of deadlines.

People with low conscientiousness are the complete opposite. Planning isn’t their forte, and they can be quite the procrastinators.

This personality trait is characterized by emotional instability, moodiness, and sadness. People with this personality tend to have mood swings: they’re often irritable and sad.

Those low in this trait are more emotionally resilient and stable.

Is the test universal?

Researchers agree that the list of personality traits is remarkably universal. Studies have been done with people of different cultures, and they found that these traits cut across the board. Based on the research, scientists believe that the “big five” traits are not only universal but also have biological origins.

Therefore, you’re most likely to get the same results if you take the personality test online. Nonetheless, not all psychologists agree on the labels of each dimension. You see, in the real world, most people often fall between the extremities of each personality type.

For instance, most people have both introverted and extroverted traits. It would, therefore, be an error to describe such people as completely extroverted or introverted.

You’ve probably noticed some of these personas at the workplace, school, or even among your friends and relatives, and you’re wondering how they came to be. Scientists believe that personality traits have both biological and environmental origins.

These personality traits tend to become more permanent in the course of adulthood, and they are harder to change even with adverse life events. However, maturation can change one’s personality trait.

Studies show that as people get older, they tend to be less extroverted, less open, and less neurotic. As they mature, they become more agreeable and conscientious.

Before you categorize yourself or anyone else into these personality traits, remember that one’s behaviour is a combination of their personality and situational variables. Most people behave a certain way depending on the situation they’re in. All in all, we are all unique.

If you want to fully embrace yourself, your personality, unique features, and strengths and weaknesses, online counselling on Calmerry can help you. You can get convenient access to your counsellor anytime you want to talk with them about yourself, your challenges, or whatever you want.

Kate has a B.S. in Psychology and an M.A. in Clinical Psychology from Pepperdine University and has been working in healthcare since 2017. She mainly treated depression, anxiety, eating disorders, trauma, grief, identity, relationship, and adjustment issues. Her clinical experience is focused on individual and group counseling.

How to give a killer presentation