You may have previously heard of the term ‘unconscious bias’, but how does it apply to the workplace and, more importantly, how can we work to stamp it out? Find out here…

Whenever we make decisions, both in our personal lives and while we’re at work, we all try to be as objective and fair as possible, right? Unfortunately, even when we’re making a genuine effort to avoid acting in a prejudiced or discriminatory manner, it’s sometimes possible to be susceptible to unconscious bias in the workplace. 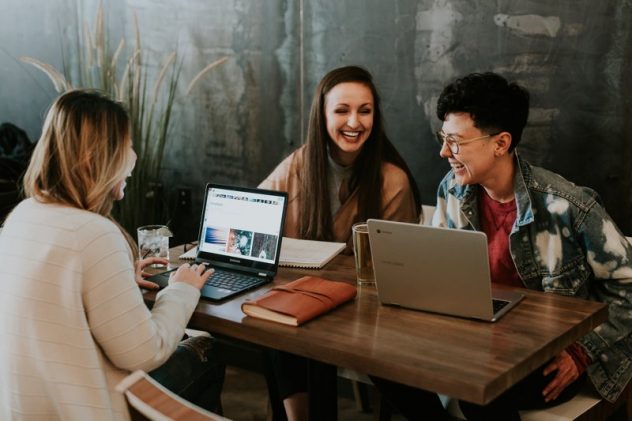 Unconscious bias can prove to be a major issue in the workplace, particularly when it influences important decisions centred around issues such as recruitment, promotion, general performance management, and business employment law.

In this post, we’ll be delving into what unconscious bias really means in a practical sense, as well as advising on how we can all work to stamp it out of the workplace altogether!

What is unconscious bias?

Unconscious bias, sometimes referred to as implicit bias, is usually defined as prejudice or discrimination in favour or against a thing, person or group. The unconscious element comes from the fact that our brain makes automatic and often unsubstantiated judgements.

These will be based on our background, experiences and environmental conditions. We essentially make decisions because of these influences without even realising it.

There are various different types of unconscious bias that can all occur in the workplace. They include:

This is when we show a preference for people we are similar to in some form or another, as they seem more familiar or easier to relate to. This could stem from any number of shared characteristics, such as gender, class or ethnicity. It could even relate to something as seemingly trivial as shared interests.

People who don’t fall into these brackets may be left alienated or excluded. For example, someone of different ethnicity may not be considered for a promotion.

Attribution bias refers to how we perceive our actions and those of others. A simple way of demonstrating attribution bias in action would be for someone to be considered lucky if they succeed and lacking in ability if they fail. This is opposed to taking various other factors into consideration which can affect the outcome of different situations.

This is as self-explanatory as you might think. Beauty bias is when we base our opinion and actions on someone’s physical appearance. It’s the classic case of judging a book by its cover before reading its contents.

Unconsciously hiring someone based on their looks alone, rather than their ability to perform the role they’re applying for, is a prime example of beaty bias in action.

When we desperately seek out evidence that confirms our initial opinion of someone, while simultaneously ignoring contradictory information, this is confirmation bias. For example, you may see an image of someone and automatically make the assumption that they’re unqualified and search for evidence to back this up, rather than considering the other factors that could make them a worthwhile candidate.

Removing unconscious bias from the workplace

So, now we all know exactly what unconscious bias is and how it might occur in the workplace in a number of different ways, the next question to answer is – how do we go about removing it?

These handy tips should give you a better idea…

Make sure that you fully understand unconscious bias and inform all of your employees and co-workers so that you’re all able to recognise the steps you need to take to remove it from the workplace!

It’s easy for a workplace to be divided into small cliques, where co-workers tend to stick to close social circles. This is only likely to increase the chances of unconscious bias occurring, as people don’t spend time with other people and improve their cultural competence.

It’s important for people to spend time with others they wouldn’t normally interact with on a daily basis, especially if the workplace is sectioned into various different departments.

For example, ‘blind recruitment’ removes information from a candidate’s application that could be influenced by unconscious bias, such as age, gender and location. This can allow you to make a much more objective decision on their suitability for the role you’ve posted.

Did you know that there are training courses you can take which provide even more information on unconscious bias?

Regular unconscious bias training can help organisations to address issues holistically and systematically. This should then encourage everyone within the business to adopt a similar approach to the matter.

Take responsibility for your own bias to set the right example

Before you even think about trying to influence anyone else’s thought processes, you should always take responsibility for your own bias.

If you’re seen to be making a clear effort to be objective and fair when it comes to your decisions and treatment of others in the workplace, then this is only likely to spread to others.

Are you looking to remove unconscious bias from your workplace?

In this post, we’ve discussed what unconscious bias is, how it applies in the workplace, and what steps you and your co-workers can take to stamp it out. It’s certainly a difficult process, but it’s far from being impossible – removing your own prejudice can take time!

Have you got any more questions regarding unconscious bias and how you can remove it from your own workplace? If you do, feel free to leave a comment below.

How to detect addiction in yourself or anyone else