We all know that the concept of virtual currencies and the BTC market itself can be very technical, complex and difficult to predict. However, factors as basic as the increasing mainstream acceptance, are influencing the market as well. Other factors include the quantity of total power and electricity required for mining the new bitcoins, and how available the coin is to the masses.

BTC has been known to increase in value over time, and in the recent past, it has taken giant leaps in its value following all-time highs and bullish rallies. The market expects this bullish trend to continue as the technical analysis and forecasting predict a general rise in prices, and there are not many chances that the crypto, especially BTC, would collapse. According to the overall as well as the recent trend, it can be inferred and forecasted that Bitcoin may climb up to a value of $60,000 USD per coin or even more by the end of this year. 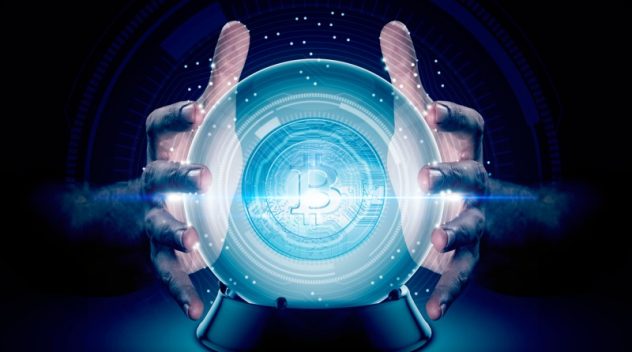 Here are four of the factors we have identified, which might predict the bullish trends of BTC prices this year:

1. A cost is associated with mining BTC

Although the process of mining bitcoin was relatively simpler and easier in the beginning years of BTC, an increased number of investors and traders on the bitcoin network has decreased this easiness, while making it harder to mine the remaining coins, while also increasing the costs associated with it and decreasing the rewards. Market experts reveal that it is extremely difficult, almost certain to impossible to mine a new bitcoin on your own. They point out that an external help or assistance such as a huge amount of costly mining resources and an assistance of a mining pool has now become essential in order to mine the new coins from the remaining ones. However, it should be noted that although mining pools reduce the costs by operating in places which provide electricity at cheaper rates, these ways do not bypass the costs and costs are associated with the mining pools as well. Visit british bitcoin profit to learn more about bitcoin and auto trading.

2. The supply of bitcoin is limited

One major feature of bitcoin is that, unlike fiat, it has a definite amount of coins which can be mined. This limit on the supply is an important factor which controls the direction of the price of bitcoin. There are a total of 21 million bitcoins which can be mined, and of these, 18.5 million coins have already been mined. This shows that the supply of bitcoins will decrease over the time until all the bitcoins are mined, suggesting that as the supply diminishes, the value of BTC will generally rise over the time.

3. The mining community of BTC continues to grow

It is pretty evident that had not BTC been a lucrative and profitable investment tool, the mining community of this virtual currency would not have witnessed such a growth, which by the way, is still growing at a great pace. According to recent data, the bitcoin network’s amounts of computing power in order to mine the bitcoins and hashing power have been at an all-time high in recent times. The lesson to learn here is that over the long-term, the hashing power of bitcoin has seen a growing trend, and studies and expert opinions suggest that it will continue to walk on the same upwards trajectory in the future as well. This shows how competitive the BTC network is, despite the decreasing amounts of bitcoins which can be mined.

4. BTC can be understood as a global backup virtual currency

Due to the fact that BTC is the most popular virtual currency in the world, most widespread, investors and traders’ first crypto choice and is relatively simpler to use, BTC is considered to be the global backup digital currency. This is not merely based on the beliefs of a majority of the market participants, but can be proved by the total market cap of bitcoins in the overall cryptocurrency market. Bitcoin has mostly led the market cap of the crypto market, other than just one instance during 2017 and 2018, when the new altcoins superseded bitcoin’s market share for a brief period of time. More recently, this has climbed beyond 60%, at levels where it has been trending since the year 2019. The lesson to learn at this point is that Bitcoin is the first choice of people when they want to enter the crypto market, and it should be known that crypto is the future of finance.

Following a brief period of lows, the BTC has generally seen a bullish rally. It is expected that bitcoin will most likely increase in value over both, short term as well as the long term, and if we are talking specifically about this year, the recent all-time high trends in BTC predict that the BTC prices may even hit $60,000 by the end of this year, or even higher!