Anybody who has worked in manufacturing will know the importance of efficiency and quality control.

Over the years, we have leveraged machines to help us meet these KPIs. It’s only recently, though, that more industries are making use of companies like Robotnik, who offer robotic solutions to all kinds of operations. Instead of diving into the generic industrial benefits of robotics, let’s explore three great industry uses of robotics. 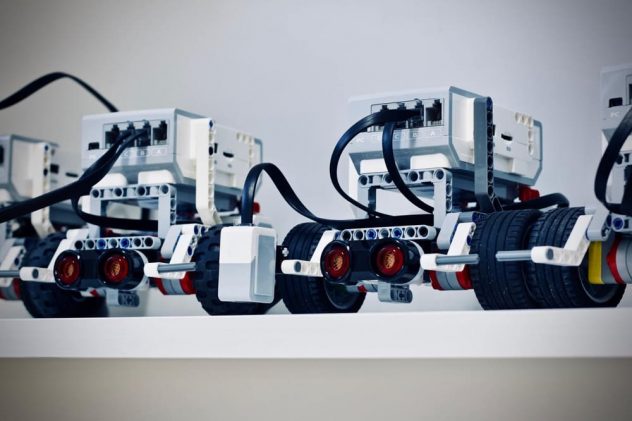 Many people in the UK will know Ocado as being the 50/50 retail operation with Marks & Spencer. However, what many people don’t realise is that Ocado is much more than a distributor with vans and couriers.

Behind the scenes is one of the most elaborate robotic applications in retail. In the Ocado warehouse lies well over 1,000 robots in each. The Hive style warehouses, like in Erith, has over 3,500 robots running on a grid system. They pass each other with millimetres to spare and fulfil over 220,000 orders each week.

What’s more impressive than the battery-operated robots, with various sensors and picking arms, is the artificial intelligence that underpins the hive system. The control system monitors each and every robot, devising the most efficient picks for each one to go to next, and understand if there are any errors or incidents. It can scan an item and decipher whether it’s too heavy, or too fragile, to be picked by that specific robot, which limits damage and mistakes.

In fact, it can be argued that this is just one robot with many limbs because each robot isn’t autonomous necessarily, it’s part of the singular hive AI system.

The benefits to Ocado have been massive. People aren’t picking products, meaning there are very few staff (just a few to monitor any problems that arise), meaning staff costs per product that is picked is much smaller than competitors.

Ocado’s system has been so effective that in 2019, 33% of its revenue come from its solution business – meaning they’re happy to share a few secrets to earn money as a tech company – not just a retailer. Today, Ocado has become the UK’s most valuable retailer, an incredible feat given that nobody had heard of Ocado ten years ago.

The healthcare industry has been one surprising industry where the industry uses of robotics have a bright future. Advances in robotics have led to machines that can perform surgical tasks with precision – more precision than a human perhaps.

In fact, we don’t need to take surgeons out of the equation just yet. A doctor in London has been performing surgery on patients over 400 km away by virtually controlling a robot. There have been many cases of the NHS using robotic arms too, making use of their precision and reliability.

One way in which we will see more robotic surgeries in the mainstream is potentially through Elon Musk’s Neuralink, which claims the surgery required to implement Neuralink in a human is too difficult for humans. This Neuralink robot has already been successful in animal testing.

Threads must be placed accurately next to neurons so they can record what neuron activity is occurring. Of course, neurons are so small and fragile that Elon believes the entire surgery process must be automated. It would be almost impossible for humans to be able to handle the small hair-like threads, even with tools such as tweezers.

Also for the Covid crisis, robots have been very useful to perform tasks without taking a risk of infection. Robots can help automate many tasks that are performed on a daily basis in a hospital such as cleaning, disinfection, communication with the patient, food transportation, transport of patients, telemedicine, as well as many others, which significantly reduces the risk. There have been many new cases of robotic applications developed in the past few years such as the ENDORSEproject, a European project which aims to validate the integration of an electronic telemedicine module (to obtain temperature measurements, blood pressure, oximetry …) in a mobile robot base from Robotnik, so that it can serve as a direct interface to obtain the patient’s status remotely.

Militaries around the world are seeing the value of robotics. For example, the MAARS robot has been designed to be a small, compact tank-like robot no more than two feet tall and in length. However, this robot can protect military personnel, be used as a night camera and motion detector, a communication device, and shoot tear gas and grenades. Another example of a surveillance robot is the SUMMIT-XL designed by Robotnik, it can operate indoor and outdoor, navigate autonomously or be teleoperated through a camera that transmits video in real-time.

There have been many other robots similar in nature, but also some much more discrete ones. For example, the PD-100 Black Hornet is a flying surveillance robot that is smaller than the palm of a hand. Looking like a $30 toy from a market stall, the robot can live stream areas on the battlefield whilst remaining quiet and difficult to detect.

More traditional military resources have also been automated, such as the tank, which can now be a driverless vehicle. Whilst these use cases aren’t to glorify the damage and casualties they can inflict, it is a reminder for us how powerful leveraging robotics can be, and how it can take on operations remotely without human intervention. These are some of the many industry uses of robotics.

In 1930, economist John Meynard Keynes speculated that technology will become so productive that, in 100 years time, humans will only have to work 15 hours per week. We’re only 9 years away from the 100-year prediction and it’s not looking likely. However, it is an idea that may put many minds at ease – we shouldn’t be afraid of robots taking our jobs, we should be embracing the hard work and dangerous tasks they can relieve us of.

How to leverage AI to grow your business