Dealing with a business crisis in the workspace.

Before you can begin to deal with a business crisis, you must first define what a crisis is. Since some things are just ‘problems’, the management of which is important, but nothing like as vital as having to deal with a true crisis. 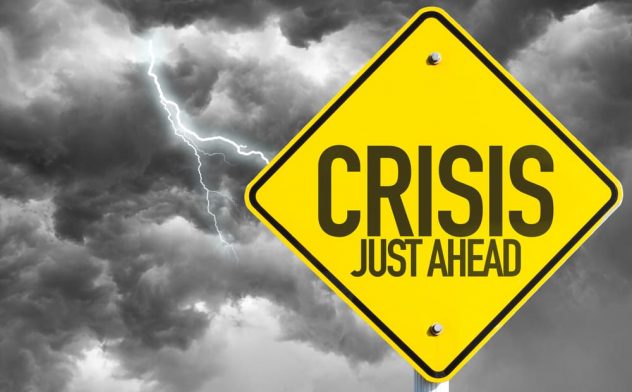 A good definition of a business crisis is when an unexpected issue puts the future stability of any company, firm or organisation in doubt. An issue is only a problem if it has limited effects and can be easily solved; while being ‘annoying’, it is something that could in the worst-case scenario be lived with. It only becomes a crisis when the effects pose a significant danger to the business, causing permanent damage to a business or causing it to fail.

Is it a problem or a crisis?

One way to check if a problem is really a business crisis is to look at the issue and assess it in three key ways.

Check one, does the problem pose an imminent threat? Check two, was there any forewarning of the issue? And finally, does the problem, due to it being unexpected and having the potential to do a lot of damage, place so much pressure on the business that its ability to make timely and effective decisions is called into doubt?

You have to identify a crisis before it’s too late

It is crucial to be able to spot a business crisis quickly, as reacting too late could be very damaging indeed.

But having the ability to spot a crisis is useless if you don’t have the means to handle it. One of the best ways to deal with this is to create special crisis management teams. These not only act as your businesses radar, so you can see the crisis developing, they are also there to make key decisions.

Successful crisis management teams know all about the different business crises and have plans to deal with all potential situations.

What sort of crisis could your business face?

Business Crises come in many forms, 8 of them being listed below:-

These normally occur when a business loses value and therefore can’t pay its debts. Most often this is caused by a drop in demand for their products or services. The only way of getting out of this situation is to manipulate the available funds to cover the issue in the short term while planning potentially drastic action in the long term.

When an employee or someone who is associated with a business is said to be involved in unethical or illegal activities, the ramifications can be huge. This is because the business could be seen as supporting the person concerned in some form. If this is deemed to be a lack of judgement, the company’s reputation could suffer. In such instances, your crisis management team needs to identify the scope of the problem, work out what disciplinary or other action is needed, and finally provide information to the media. The main issue here is to define how severely the individual broke the rules and acted in a manner that can be seen to be opposite to a company’s values.

There are three main types of Organisational Crisis, these being caused when a company maltreats its customers or staff in some form or other.

A crisis of deception: Caused when a business knowingly lies about products or tampers with public-facing data, a recent example being the VW emissions scandal.

A crisis of management misconduct: Where the management of a company willingly and knowingly engage in some form of illegal activity.

A crisis caused by skewed management values: One where the senior leaders of a business put short-term financial gain above social responsibility or take little to no account of the interests of stakeholders, including both customers and employees.

Such crises are caused when the company culture is fatally flawed, and the only way out is to deal with the crisis when it occurs. You can then take firm steps to ensure that such action, where it is indeed incorrect, never happens again. Where the crisis is caused by following the rules of the organisation, and the accusations are actually incorrect, a strong and argued defence stance must be taken.

In a world where the internet dominates communications and sales, businesses have no choice but to rely on technology. When this breaks in some manner, such as a server crash or software malfunction, the potential loss of revenue is huge. However, besides this obvious effect, a businesses reputation can also be damaged. Your crisis team should be aware of all the possible types of failures and have an action plan to fix them on hand, the first job always being to liaise with your IT or tech providers to resolve the situation. Once all is running smoothly again, the next step is to ensure that all your customers are happy and to fix any issues the outage caused. Only then can you start to take steps to ensure that it does not happen again.

A crisis caused by nature

There are many ways that nature can visit a crisis in a business, floods being the most common. Although in some parts of the world, companies also have to deal with earthquakes, volcanoes and hurricanes. The only way of dealing with such matters is to plan ahead by ensuring that as far as is possible, you have protected your offices etc., from the worst effects, whilst also having a backup plan to allow you to operate in some manner.

A crisis caused by confrontation

Confrontations can come from internal and external sources. For example, you could have a group of employees or stakeholders whose demands and the initial business response causes the situation to spiral out of control. Client or general public discontent can also result in an outcry on social media. In every case, these parties want satisfaction, and if these are not met, the business could face mass resignations, stock sell-offs or a public boycott. To effectively manage such crises, you first have to check out the reasons behind the discontent. Only then can you review their demands and decide if you can make the changes / meet their needs without damaging the business. Where you cannot meet the demands, then it is a matter of working out a way of saying tactfully why and perhaps trying to come up with some sort of compromise.

A crisis caused by workplace violence

These often come out of the blue and can be very hard to predict. Dealing with them usually involves law enforcement agencies and, where injuries are sustained, medical assistance. It is hoped that any ‘low level’ violence can be dealt with by HR and other means before it reaches crisis levels in most instances.

A crisis caused by malevolence

There have been many instances where a firm’s competition have used criminal or illegal means to attack or destabilise them. Such attacks can harm their reputation or, in extreme cases, destroy it. The attack could take the form of a cyber attack to steal data, or tampering with products. Plans have to be laid out on how to deal with a breach of the cyber defence protocols/systems, which have to be re-evaluated continually. In the case of products being tampered with, there must be plans laid on how to recall them and how to draw the issue to the attention of any consumers/clients who may already have them in their possession.

As you can see, there are many ways that a business could fall foul of a crisis, some of them being impossible to predict or to stop.

The only effective way of ensuring that an organisation can survive is to have plans laid and perfected, these being ready to leap into action in very quick order.

However, unless these plans are tested, they may fail, and this is where a form of ‘war games’ comes into play. In these, the plan and the team are tested in various scenarios to see how the plan holds together and how they cope with each situation.

This is the only way to test a crisis management plan in a safe (and to some degree ‘fun’ way).

These ‘war games’ are known in the business world as “Simulations” and are far more effective than someone just running through the plan using a PowerPoint presentation and ‘preaching’ to the team about how it all will work.

One of the leading firms offering Simulations, covering many of the leadership challenges organisations face in today’s world, is Prendo Simulations.

If you want to protect your firm from a crisis, then you can do no better than to check out their website – prendo.com