When looking to close a limited company, liquidation is a go-to option for many directors.

There are a few factors to consider when determining whether solvent or insolvent of liquidation is right for a company. The company’s solvent position is often the main contributing factor in deciding which liquidation type to pursue. 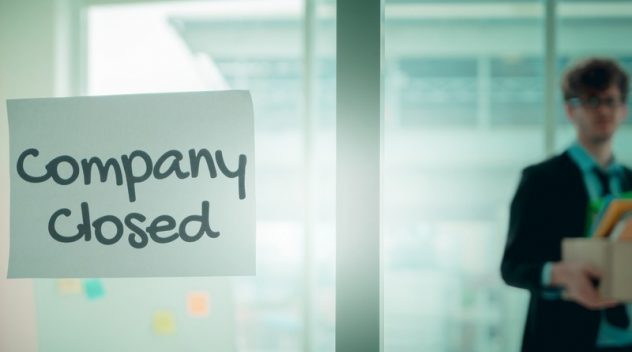 Insolvent liquidations are the ones you’re most likely to hear about in downbeat news reports. When a limited company accrues a large amount of debt, and those liabilities outweigh the company’s assets, then the company is insolvent.

The liquidation process for insolvent companies is a Creditors Voluntary Liquidation (CVL). Initiated by a licensed insolvency practitioner, a CVL closes the limited company in an orderly, structured framework, allowing the employees to claim redundancy and for the directors to move on.

An insolvent liquidation is commonly used when a company has fallen into debt and cannot repay its creditors. If the debts are of such a level that recovery isn’t a feasible alternative, the directors can close the company. Thanks to the limited liability protection provided by limited companies, directors can walk away once the process is complete as long as they have done their duties as directors and there’s no evidence of wrongful trading.

Failing to repay the company’s debts when they fall due is a tell-tale sign of insolvency, and creditors can take action to recover what they’re owed. Such action could start as reminder letters and telephone calls but can easily progress to County Court Judgements (CCJs) and even bailiff action.

While other arrangements are available for insolvent companies before they must resort to liquidation, their suitability depends on the company’s circumstances. For example, the company may need to undergo a liquidation because the other options, such as repaying through a Company Voluntary Arrangement (CVA) or restructuring through an administration, either haven’t been suitable or have previously failed.

While liquidation is often linked with insolvent companies, it can be used to close solvent, limited companies if the directors wish to. Entering a Members Voluntary Liquidation (MVL) offers benefits over applying for a simple dissolution.

It’s important to note your company cannot enter an MVL if it is insolvent.

Scenarios in which a solvent liquidation might be suitable:

An MVL works best where the company has £25,000 or more to distribute to its shareholders. The funds can be distributed without the imposition of the income tax associated with a dissolution. Depending on the company’s circumstances, directors may also qualify for Business Asset Disposal Relief (formerly Entrepreneurs’ Relief).

If the company is outdated in its current form, caters to a market that no longer exists, or was set up for a specific purpose that is now complete, then an MVL can close the solvent company in an orderly manner.

Both solvent and insolvent companies can enter a liquidation, although which procedure they will undergo depends on their solvent position. Insolvent limited companies can undergo a Creditors Voluntary Liquidation (CVL), closing the company in an orderly manner and allowing the directors to walk away and start afresh. Directors who wish to close a solvent company they no longer need can do so via a Members Voluntary Liquidation (MVL), allowing the directors to claim Business Asset Disposal Relief where appropriate.

3 reasons not to prepack your company

3 steps to revitalise a failing business