Soccer is by far and near the most popular sport in the world. With billions of fans worldwide and professional soccer leagues in basically every country in the world, there is no denying the title of “king of sports” that soccer carries.

For soccer, just like with every other main sport in the world, accepting technological advances to improve the game itself was first met with some hesitance but in the end, has come in handy in order to be able to offer not just teams and players but also fans who bet on soccer the most accurate and fair results all around. 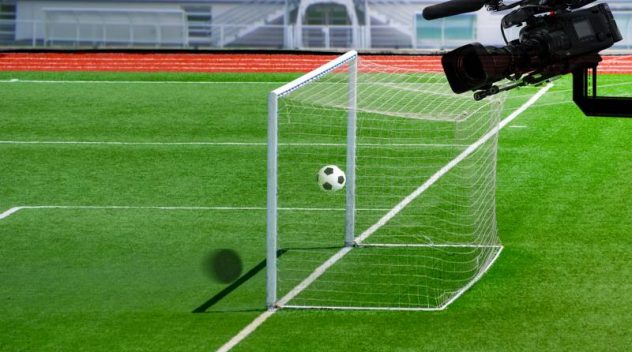 The main example of how soccer has welcomed technology into its dealings is the VAR or video assistant referee. But what is it exactly? How does it work? And how does it affect the actual sport? Let’s take a look.

What is VAR technology?

VAR technology or video assistant referee technology made its first waves in mainstream soccer culture during the 2018 FIFA World Cup tournament in Russia. The main reason for its emergence was to be able to keep errors in judgement and call making by referees to a minimum with the assistance of video footage as well as earpiece and microphone communication systems between the main referee on the field and a team of assistant referees who are in a special room watching all the action unfold in various screens.

This technology was first tried out by the Dutch Football Association in the start of the 2010’s, but it wasn’t until 2017 when the Australian soccer A-League took the leap and started using it, becoming the first professional competition in the world to welcome this technology. Nowadays more and more leagues and tournaments around the world use it, with it playing a steady part in all the major European leagues as well as all of FIFA’s main tournaments and the UEFA Champions League Tournament amongst others.

How does VAR technology work?

VAR technology was created and works basically as an assistant for on-field referees, especially when there are plays and events that because of timing or positioning on the field can become hard to spot, mark or justify. This technology has come in handy for referees to be able to be more precise about their judgements and call makings given the fact that every play is being watched in a room by a team of referees who analyze all the action on the field and are able to communicate freely with the main referee in the field instructing him of any and all action going on, especially infractions that might have to cause the game to come to a stop.

The VAR has come in very handy for ruling or over ruling crucial calls in games such as awarding or annulling penalty kicks, goals because of fouls or offside plays that were not necessarily caught by the naked eye and fouls of all sorts. Easily put, the VAR system acts like a hovering sheriff of the game, with the chances of any illegal or foul play being able to be spotted and punished immediately. This system has been perfect for professionalizing the game even more, with players having to create a cleaner playing discipline and with referees being able to make more just and precise calls on the pitch, all leading to a better spectacle all around.

What are the cons of VAR technology?

With soccer being a sport where every game and action lived with the highest level of passion, something like VAR technology of course was going to run into some critics, even though it has proven to be a top of the line asset for the improvement of the game. Fans and analysts have been keen to criticize the amount of time that is wasted when having to go for play reviews with the system, all this bringing the excitement of the game to a stop. At the same time, controversy is not lived, with VAR officials sometimes getting calls wrong and all conversations and decision making being kept to the highest level of privacy, with which transparency in the game can be defied.

While some fans and experts of the game still believe that leaving the decision making to the better judgement of the referees in the field against having a video system call the shots, the VAR system has proven to be one of the best and most pivotal tools for the sport of soccer to move forward with and continue flourishing in the future.

How COVID-19 is highlighting the deep financial divisions in football