Cash is starting to lose its place in society

A lot is made of the fact that cash has lost its place as king of payments. There are so many different payment options now, from chip and PIN to contactless cards, to mobile and digital wallets, to online payments through eCommerce, that cash often falls down to the third or fourth preferred payment option. Making many believe the UK is moving to a cashless society. 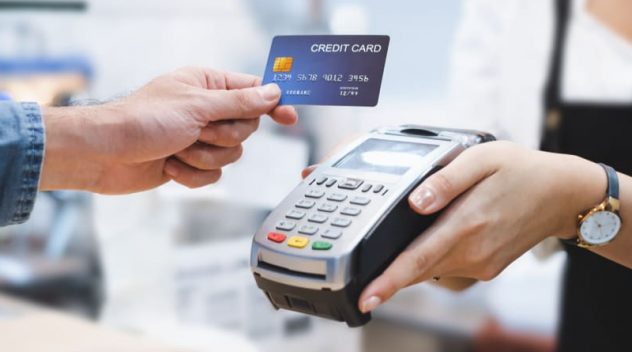 It’s understandable why. It’s inconvenient for consumers and businesses. Consumers using cash are limited to spending whatever notes or change they have on them at the time.

For businesses, it takes longer to accept cash and sort out change and match takings to receipts at the end of the day. Not to mention the risk of accepting counterfeit notes or the potential risks of keeping cash on site.

Signs point towards the end of cash

With all the negatives surrounding the use of cash compared to other options, it makes sense that cash is on the out.

And some studies suggest it’s at serious risk of disappearing.

In a study released last year by cash machine network Link, it was suggested that cash could become obsolete by 2026, with cash payments potentially accounting for as little as 10% of all UK transactions in the next 10-15 years.

There’s no question that 2020 and the impact of COVID-19 has rapidly increased the pace that consumers have abandoned cash.

About two thirds of adults now use contactless payments, and about a third have started using mobile and digital wallets on their smart devices to pay for goods.

Many of these customers only started using contactless at the start of the covid outbreak as many businesses became card only and governments and health bodies urged shoppers to avoid cash to help stop the spread of viruses.

Nearly 18 months later, as the economy begins to reopen, we’ve essentially become conditioned to think card and contactless first, and many of those shoppers who started using contactless in 2020 now say they’re very unlikely to go back to cash.

Even the Bank of England’s own figures shows cash was well in decline before covid.

In the last year, cash payments have fallen even more. Some shops actually blocked customers from trying to pay with cash in 2020.

Along with the rising preference for contactless payments, another reason cash is so quickly becoming irrelevant is that it’s simply becoming harder to get hold of.

According to Link’s ‘Access to Cash’ report, the UK is losing an estimated 300 ATMs a month from the high street and around local communities.

One reason for this, according to the report, is that it costs about £5bn to run Britain’s ATM network, but this is becoming less economical because consumers are taking out less cash, favouring cards instead.

There are also reports that the number of ATMs charging customers to take out cash has been increasing as banks relinquish control of the ATM network to private providers to remove the costs from their own books.

So, cash is becoming less popular, and harder to withdraw.

But, the situation isn’t that straightforward.

Cash is still critical for some in the community

The fact is, while cash is becoming less popular in general, it’s still essential for millions of people.

This is particularly true for people living in rural areas where it’s harder to pay digitally because card machines have difficulty connecting to reliable WiFi or broadband connections.

Plus older people who still use cash, and carers and families of vulnerable people who need access to cash to help with shopping or paying other bills.

All these people are in danger of being left behind according to some.

Natalie Ceeney, a former financial ombudsman who authored Link’s report warned that we’re “sleepwalking” into a situation when those who rely on cash are being left behind and that the UK risks seeing the end of cash and the rise of a cashless society before we’re ready.

Safeguarding cash for the future

These warnings have not gone unnoticed. In October last year, the UK government set out plans that would protect the country’s cash system and help safeguard those who still relied on it.

This included a range of steps to improve access to cash and working harder to integrate cash payments into the more digitally-driven future of payments.

Indeed in the March 2020 budget, the Chancellor officially announced legislation to protect access to cash in the long term with ideas ranging from offering cashback in shops without buying something first or giving the Financial Conduct Authority (FCA) overall responsibility for maintaining a retail cash system.

Cash will have a place in a contactless society

It’s undeniable that contactless payments are the new king of payments and have already taken over cash as the preferred payment method by consumers at all ages.

Much has been made in the past year about the mass adoption of contactless by more consumers but, in reality, all that has happened is a speeding up of a trend that has been happening for more than a decade.

With mobile and digital wallets closing in and preparing to take over contactless cards as the primary payment method for consumers, and online shopping taking even more focus off cash, the use of notes and coins isn’t set for a resurgence.

But, there will always be a place for cash and those who rely on it no matter how close we get to a cashless society in the UK.

Improving the energy efficiency of your business

In the business of saving money? Simple hacks to reduce costs without cutting corners