New businesses all aspire to the same thing – to be financially successful and for their products or services to be in high demand.

Whilst the dream seems simple enough, it’s far harder to achieve in reality. Some companies don’t manage to survive past the first few years, whilst others only make a modest profit. However some do go on to become billion pound businesses. 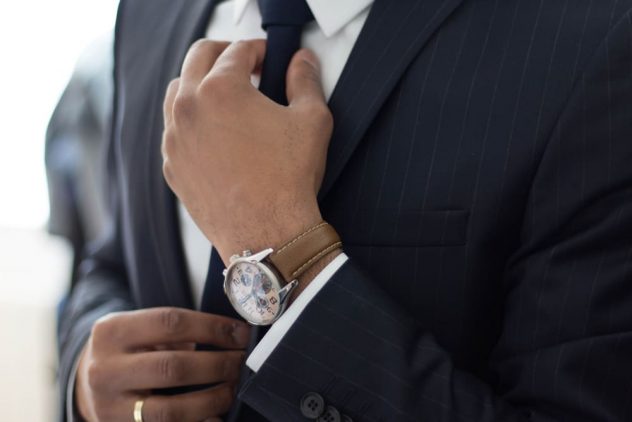 In a few rare cases, businesses manage to go above and beyond their competitors and make more money than many people could even dream about. It helps to have a niche that makes the company stand out from the crowd and offer a service or product that can’t be found to have the same value elsewhere.

Since 1st January 2011, 282 incorporated companies have managed to have a turnover of more than £1 billion. To put that into perspective, that’s about an average of 28 companies per year that have hit the 10 digit mark. The Americans call these types of businesses ‘unicorns’ to show how rare an achievement it is to make a turnover of one billion or more.

Cloud accounting company Ember studied data from Companies House to find out which years have been the most successful for billion pound businesses. The study also looked into whether these businesses have any common factors, such as their location.

What is the UK’s best year for billion pound businesses?

The best year for billion pound businesses was 2017. 51 out of the 622,713 companies that were incorporated in this year have since gone on to turn over £1 billion in recent accounts. This is despite the fears for businesses and the economy directly following the 2016 Brexit referendum.

Companies become incorporated when they register as a limited company after formation. The incorporated company becomes a separate entity, away from its owners and directors. Many of the more successful companies are part of the new wave of e-commerce (the buying and selling of goods online).

2016 has topped the list for the total combined income of the companies incorporated in the past decade. Companies formed in this year have made an impressive combined turnover of £242.25 billion, according to recent account records.

What were the best years for billion pound businesses?

The third best year for billion pound businesses was 2015, which has seen 35 businesses formed in this year go on to earn £1 billion. This means that the three consecutive years of 2015, 2016 and 2017 have proven to be the most successful in terms of finances.

Commenting on the study, Ember co-founder Daniel Hogan said: “It’s a phenomenal achievement for any company to reach a turnover figure as high as one billion pounds. And it’s even more remarkable to see that 51 companies have been able to do so since just 2017 alone. We have already seen that 2020 was a record year for the number of companies created in the UK, so hopefully, plenty of those founded in the past year will go on to join the billion pound club as well.”

The lowest number of incorporated companies that have gone on to reach £1 billion is from 2020. However, as Ember’s co-founder suggests, this number should rise in the coming years, once the new companies have had a chance to grow. 2017 already has a three-year head-start and formed 135,299 companies less than 2020’s total of 758,012 incorporated businesses.

Ember previously uncovered data showing that 2020 was a record year for company formation. Roughly 2,349 businesses were incorporated each day.

2021 has also seen a high number of new businesses forming. Nearly 100 new companies were created every hour in the first quarter of 2021. In total, 211,368 companies were incorporated in January, February and March alone. This equates to an impressive 2,349 brand new businesses each day.

Where are the top locations for billion-turnover businesses?

Research has found that London is the top location for businesses making a profit of £1 billion or more. Greater London has 74 of these businesses, with a further 34 in the square mile.

The capital is a renowned hub for successful businesses. London has a diverse workforce and a wide customer base, which encourages innovative ideas and creativity.

Surrey and the West Midlands also have a good few billion pound businesses. They both miss out on the second and third ranking by one as they each have six companies with a turnover of £1 billion.

Bristol, Hertfordshire, West Yorkshire, and Greater Manchester all share the spot for the next top locations with four billion pound businesses each.

How many businesses have reached the £100 million mark?

Despite missing out on a £1 billion turnover, there are plenty of new companies that have proven successful in their own right by making a profit of £100 million or more.

The top year for the formation of £100 million businesses was 2015. 294 of 598,630 companies that were formed this year have accounts that show they have made a turnover of £100 million or more.

The second-best year for £100 million businesses was 2014. 274 companies incorporated in this year have made a profit that many would be envious of. This is only 20 less than 2015, although 24,972 fewer companies were formed in 2014 compared to the following year.

2016 has proven to be a very successful year all around. Not only did it see the formation of the second-highest amount of £1 billion businesses, but it is also the third-best year for incorporating businesses that have gone on to have a turnover of £100 million or more. It saw 268 businesses reaching the goal post in recent accounts.

What are the most common types of business in the UK?

Research has found that e-commerce has proven to be the most popular type of new business in recent years. Many clothing companies have shunned the high street in favour of selling directly online. In addition, food delivery services have seen a sharp increase, with many restaurants now offering an alternative to dine-in. For example, Deliveroo, a British online food delivery company that was founded in 2013, reached £1 billion status in 2017.

Previous research by Ember has also found that millennials (people aged between 25 and 40) are the new leading generation for start-up businesses in recent years. Time will tell whether this younger group of business entrepreneurs can match or beat the standard set for billion-pound businesses in the last ten years.

2.5 million businesses have formed in the UK since 2000, which is an increase of 72% over the last 20 years. With the rise in billion pound businesses, it gives every new business startup something to admire and aim for.