There have been some interesting developments recently in tech that could affect many things – including your small business. AMC cinemas may be starting to accept Bitcoin. 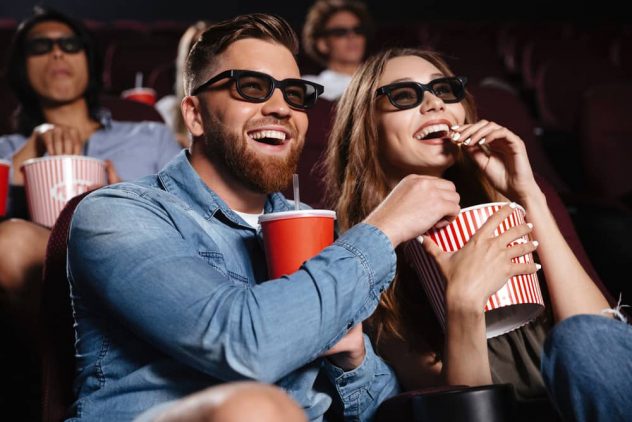 Here’s a quick round-up in case you missed any of them:

International cinema chain AMC cinemas is starting to accept Bitcoin as a payment method as soon as the end of the year according to the latest reports. Whilst the plans state that this change will primarily be for the American branches, we could see it roll out to all countries if everything goes successfully.

Adam Aron, CEO of AMC, hasn’t given any concrete details on how the rollout will actually be made,  But he did make a comment about how AMC cinemas in the U.S are gearing up to be able to accept Apple Pay and Google Pay for online purchases by the end of the year.

It’s pretty much only a matter of time before these digital currencies become a part of mainstream society and legal tender in commerce. Online games are already doing some form of this, such as MyVegas Slots – Click here to learn how to play MyVegas slots with virtual cash and earn real rewards.

AMC has seen the power of this and is joining plenty of other big-name companies – Such as Starbucks, Microsoft and PayPal.

With public acceptance and understanding of these currencies growing by the day, as well as the introduction of things such as ‘stablecoins’ helping make the market less volatile, small business owners should be keeping the thought of introducing methods to pay by these digital currencies in the back of their minds.

An article on CNBC recently stated that Amazon has announced changes to its return policy, making it even easier for customers if they want to make a complaint or report any issues in regards to any purchases from third-party sellers.

In the past, the policy stated that issues should be resolved by contacting the third party seller directly, whereas Amazon’s new policy means that buyers can contact Amazon themselves about any issues regarding purchase and then be connected to the third party through them.

With the sheer amount of small businesses that sell their products on Amazon – Over half of the products sold on their – Issues are going to arise. Whilst Amazon has been doing their best to support both the small businesses who are selling their goods on the platform and the buyers of these goods, Amazon is stepping up in making sure these third-party sellers are selling quality merchandise.

If you sell your goods on Amazon, you need to be aware that Amazon is focusing even harder on the speed and quality of your goods and service.

An interesting new tech platform – Osome – has just raised $16 million in funding. The Singapore based startup has shown to have a solid footing for its accounting platform that uses AI to automate repetitive accounting tasks.

Whilst primarily offering its platform to small businesses in the e-commerce space that need help with accounting, The new injection of funding is going to be used to help the company expand internationally and also develop new products.

Accounting is a vital part of any business, yet is often overlooked due to some arduous and boring tasks. Automation software like Osome could save you many hours and headaches when it comes to boring tasks like this.

Google could be making a play for a wider VPN market according to reports. A recent announcement stated that Google will be expanding its VPN service to a wider audience. The service is currently coupled with Google’s cloud storage service and is expanding to countries such as Spain, Germany, Canada, Mexico, the UK and more.

When everything is finalised, Android uses will be able to activate Google’s VPN on the Google One app. A timeframe for other operating systems hasn’t been announced yet.

It’s always good to remember that VPN’s offer an extra layer of encryption and protection for your business. This makes them almost vital when you’re travelling or thinking about connecting to an unknown website or router.

Adding more to its range of services, Wix has announced it will be introducing a new product designed specifically for small businesses allowing them to create their own app without having to learn any sort of code.

This new offering will cost businesses $200 a month with a $99 yearly fee.

With Wix already being a very popular choice of a website builder for small businesses, being able to create a custom app for your business without the hassle of learning code is another way to help your business expand.

How to diversify with cryptocurrency alone